The Kobayashi Maru: Star Trek’s No-Win Scenario and The Great Lockdown of 2020 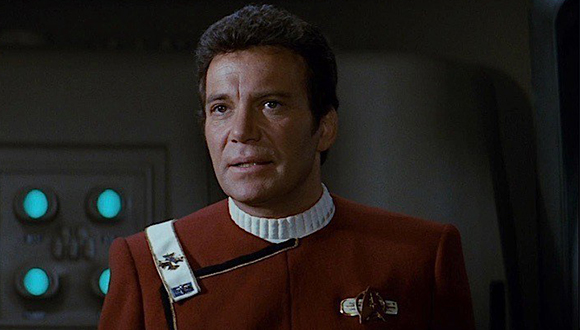 In the 1982 movie Star Trek: The Wrath of Khan, fans of TOS (the nerdy acronym for Star Trek: The Original Series) were introduced to a no-win-scenario exercise called The Kobayashi Maru. Designed as a test of character for the series’ Starfleet officers, cadets were subjected to a situation where they could either ignore a distress call from a civilian ship (The Kobayashi Maru) in their Klingon enemy’s neutral zone, or attempt a rescue. Outnumbered and outgunned, either choice risked certain conflict and death in a rigged game designed for failure.

Maybe it’s because me and my wife have begun watching TNG (Star Trek: The Next Generation) from the beginning, or maybe after Disco (Star Trek: Discovery) and the newest series, Star Trek: Picard, I am in a single-minded United Federation of Planets mode. 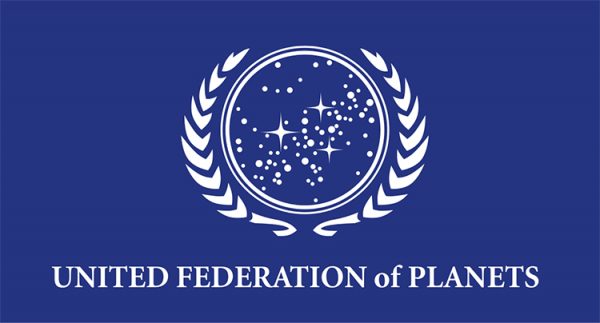 Whatever the reason, I keep going back to the Kobayashi Maru fictional test to game out what we are experiencing under what the International Monetary Fund has now dubbed The Great Lockdown. If we ignore requests to stay at home, we risk our lives and the lives of others to the novel coronavirus. If we stay locked down, we risk our livelihoods and our ability to recover in the long term. No good options.

Graph of the global economic impact of COVID-19.

A few publications over the past three weeks have reported on the ways the lockdown is affecting us disproportionately. We can’t all, like this news editor (thankfully) work from home, and neither can all of us exploit the means and resources required to work from home. Time Magazine considers the dangers to victims of domestic violence, while news outlets like NPR have looked into how students without wi-fi are falling through the cracks as education moves online. And beyond that, the meat industry, America’s beef basket, announced a major shut-down of a large pork processing facility in South Dakota last week. So even if you can bring home the bacon right now, there may not be any available.

A significant portion of the population is experiencing their own versions of The Kobayashi Maru test ­— risk infection while commuting on public transportation (and working alongside possibly infected co-workers) to make sure we get our mail, groceries, and healthcare, or stay at home and lose housing or any ability to feed your family and keep from drowning in unpaid bills. No good options. 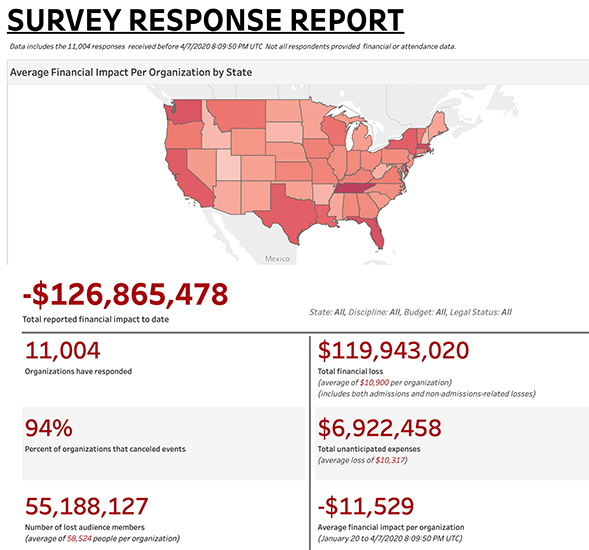 COVID-19 Impact survey, via Americans for the Arts.

In the art universe, we have experienced big losses already (an estimated $4.5 billion total economic impact to date, according to Americans for the Arts), with aid trickling into organizations — aid that may end up being only a drop in the gaping bucket.

So how will our no-win scenario game out? In the Star Trek universe, Captain James T. Kirk is the only one who defeated the test, although his first three attempts failed. However, by reprogramming the Enterprise’s computer and stepping outside of the rigged game, he was able to destroy the Klingon ships by disabling their protective shields. Kirk did what he needed to do to survive the no-win scenario. How can we survive a pandemic in a system where far too few of us have healthcare or a safety net? And lest we become complacent, in a new report out today, The Wall Street Journal warns of more layoffs, especially for employees currently working from home.

With only bleak and sobering options, and beyond the question of survival, we have to ask ourselves what role we play in the Kobayashi Maru. Are we the system that rigged the game, or will we attempt solutions that doom us to failure? I hope we are all Kirks, stepping out of the program to find a different way to the other side of this thing. Can we help the ships of our society that have drifted far into the not-so-neutral zones of unemployment, poverty, and income inequality, and save ourselves at the same time? I sure hope so.

Metropolitan Museum of Art Set to Reopen on...