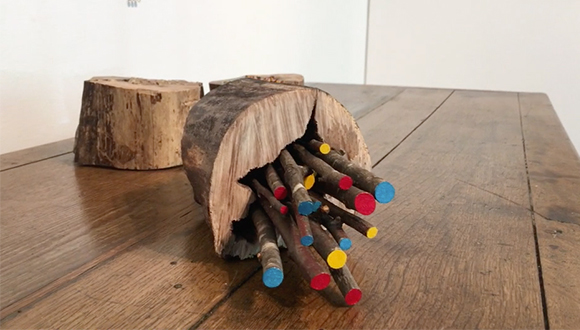 Al Souza: Photoworks 1974-1983 at Moody Gallery in Houston. The show was scheduled to run February 22 – March 28, 2020, however the show will remain on view until further notice under the circumstances.

“Al Souza utilizes a grid of photographs in a sequential or serial progression not to represent motion, other than the passage of time in an almost shorthand filmic manner, but to document conceptual notions frequently derived from the nature of the medium. The pieces are entitled photoworks to distinguish them from fine art photographs. The photograph for Souza is merely a vehicle for recording the artwork which is the idea or concept. He relies exclusively on Kodak drugstore colorprints as they are perfectly sufficient for his purposes and their familiar appearance and easy accessibility prevent viewers with preconceived notions of fine art printing and dark room magic from misconstruing the nature of his work.” -Hugh M. Davies, from the exhibition catalogue “Al Souza,” University Gallery, University of Massachusetts / Amherst, 1979

Five-Minute Tours: Finding Our Way at The MAC,...