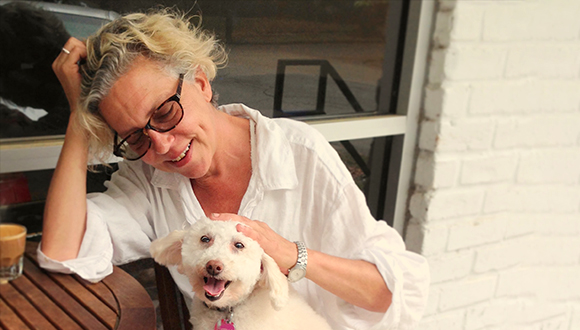 Paula Newton, a Houston-based writer, educator, and artist, died of natural causes at her home on Saturday, March 14. She was 57. (Note: her death is not related to COVID-19.)

Ms. Newton was born in 1962 and was a student at Houston’s High School for the Performing and Visual Arts. She attended the Art Institute of Houston, studying commercial and advertising art, and then earned her BFA in studio art from The University of Texas at Austin in 1992. After that, she attended the University of Houston (UH), where she obtained her MFA in painting in 1996. At UH, she helped paint Euphonia, Frank Stella’s monumental public art mural inside the school’s Moores Opera House.

Ms. Newton spent much of her professional life working for the Contemporary Arts Museum Houston (CAMH), first as an Education Associate and Interim Curator of Education from 1997-1999, and then, from 2000-2012, as the museum’s Director of Programming and Education. During her time at the museum, she co-curated exhibitions, managed the institution’s artist talks and other programs, and oversaw CAMH’s FAQ team, which led exhibition tours and education initiatives. 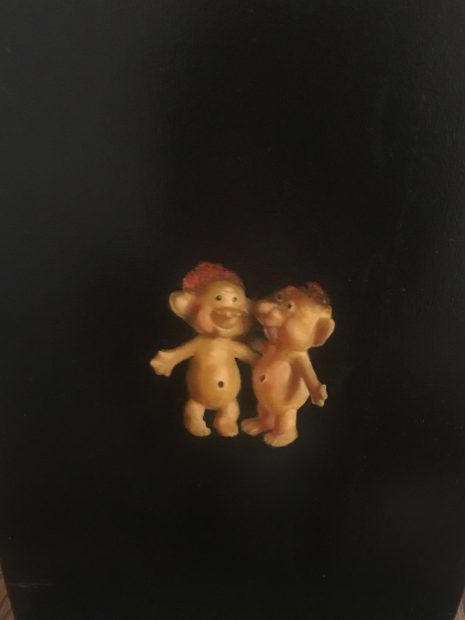 By many accounts, one of Ms. Newton’s joys and major accomplishments at the museum was her involvement in the formation and professionalization of the CAMH’s Teen Council program, which to this day continues to teach area teens about the field of contemporary art by helping them organize programming and exhibitions. She was instrumental to the Teen Council’s success and growth, turning it into a nationally-respected program that served as a model for other institutions.

Room to Rise: The Lasting Impact of Intensive Teen Programs in Art Museums, a study completed in 2015 which focused on the teen council programs at the CAMH, the Whitney Museum of American Art, the Walker Art Center, and the Museum of Contemporary Art, Los Angeles, found that the institutions’ programs had positive, long-lasting effects on many of their participants. In the study, one former CAMH teen council member noted that the program “made [them] feel at home at the museum and gave [them] a sort of ownership of it as being a place [they were] very welcome and encouraged to come to,” adding that they “still seek out museums as places of solace because of this.” Ciarán Finlayson, another former CAMH teen council member, noted that he owed his career trajectory in part to the program, saying “I would likely not be doing any of the things I do every day had I not been selected for TC.” Ms. Newton cared deeply for her teen council members, and she was an influential figure in many of their lives.

After Ms. Newton left her job at the CAMH, Glasstire’s then-Publisher, Rainey Knudson, and then-Editor, Bill Davenport, recruited her to write daily news posts for the publication. During her seven-year stint at Glasstire, Ms. Newton was known for her thoughtful, frank, and sometimes humorous writings about Texas art happenings. In a statement to Glasstire, Ms. Knudson spoke of Ms. Newton’s contributions to the website:

“Paula was instrumental in professionalizing the Glasstire news. She brought journalistic integrity and enormous hard work to that job, carefully researching every piece she wrote. She was an outstanding writer and a sensitive and astute person who cared a lot about art and artists. Glasstire wouldn’t be the same without her.”

While working for Glasstire, Ms. Newton lived for a stint in Rockport, Texas. Although she had returned to Houston before Hurricane Harvey hit the Texas coast in 2017, she was instrumental in Glasstire’s coverage of the badly damaged city, and its main institution, the Rockport Center for the Arts. Months after the storm, she documented the city’s resilience in an article for Glasstire. 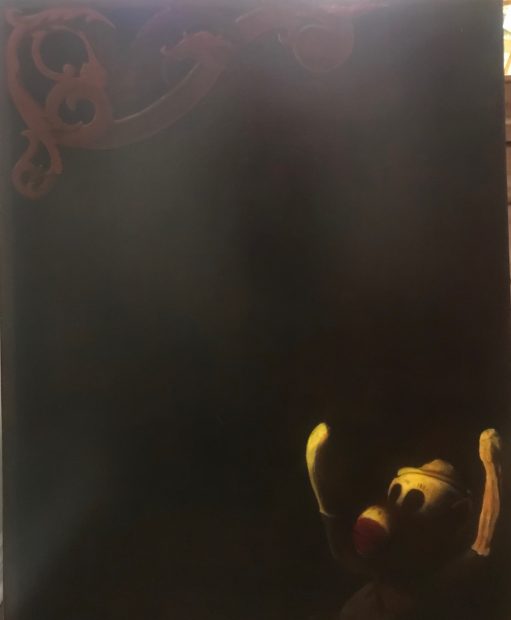 Ms. Newton was known as a fixture of Houston’s art community, and as a person who deeply cared about artists and their work. She had a wry sense of humor and, according to many people who were close to her, she was a very warm but private person. One of her friends and former coworkers, Peter Lucas, said to Glasstire that Ms. Newton “was the one person in Houston that did not get the memo that it was not a pedestrian city,” adding “and I think she preferred that most of the foot traffic on Houston’s streets was animals, not humans.” Mr. Lucas continued in a Facebook post:

“She was a private person and she didn’t brag, so I’m not going to go on about how quietly impactful she’s been in the arts in Houston for many years. I will just say that she did more than you know, she had more humanity than most, and she was more important to me than you can imagine.”

“Paula Newton introduced me to Patti Smith 10 years ago and I always saw a little Patti in Paula. She imbued a punk rock individuality with the wisdom and capacity to love that only comes from living too many lives in one lifetime.

“She was also an incredible vegetarian home cook. Paula made the best homemade ketchup with yucca fries.”

“Every time I eat a piece of the nice dark chocolate I keep in my desk, I think of the day Paula and I shared a piece in her office at the CAMH and how she recommended I always keep some in mine. She jokingly added it would be many years before I had my own desk, which was true. But the moment I got one, it was the first snack I purchased and placed in my drawer. As I think back to the day we shared that piece, it is tinged with incredible sweetness. We would go on to share coffee, life experiences, and even admiration for one another but nothing quite as sweet as that moment. I am thankful for what we shared.”

Ms. Newton is survived by family, and also by her cat, Cooper, and her dog, KC.

Ms. Newton’s family and friends are planning to organize a public celebration of her life at a later time when public gatherings are more feasible. We will share that information as it comes.

Study Shows That Art Helps You Grow Up

Condolences to her family and friends- her news pieces were always so genuine!

I have loved Paula since she was a teenager. It is hard to contain my grief. Catch you on the other side dear.

Paula was a fun and funny colleague. Quiet, intelligent, and impactful. Love to her family and friends.

SO sorry to hear this! Condolences to her family.

This is sad and shocking news. Paula was so kind, smart and ever present at CAMH for so many years of our involvement with that institution. I enjoyed every encounter with Paula. Wishing her close friends and family all peace and comfort.

Thank you for the wonderful tribute to my beautiful niece, Paula Newton. It is much appreciated and deserved.

I saw Paula last Tuesday, we had a drink and talked about drumming (she also played drums). Paula worked for and towards the art scene at large, building community with the rarest of the art world combos: enthusiasm and criticality. She was one of the first supporters of Alabama Song. I appreciated Paula’s no bull$hit attitude and her dry laugh. miss her already.

I interned under Paula at the CAMH my first year in Houston and I am so grateful for that experience to this day. What sad sad news. Condolences to those closest to her.

Paula was a quiet woman with that wry sense of humor. To me, she demonstrated the ability to take life in a much more relaxed way which helped me via example. I had the privilege of introducing her to kayaking while she lived in Rockport, Tx. She took to it very well and immediately wandered off by herself to enjoy nature in her usual manner of quiet contemplation. I enjoyed her childlike love of nature while we were small-town neighbors in Rockport as expressed in her love of gardening, kayaking and her daily walks with her four-legged companion. Wherever she is I am sure those around her will welcome her quiet, steady demeanor and ready smile.

This is so very sad. May her memory be a blessing to all who she touched in this life.

I was so shocked to read that Paula Newton had died! I taught her the four years she had been my theatre student at HSPVA. It just seems so perverse that she should die while she still in the creative years of her life. I at 75 feel that I am moving toward my sunset years, even though they too may yet be long lived. But dearest Paula was in the prime of her life doing what gave her great joy not only to herself but also to all who felt joy in seeing her artistic creations. May her two now orphaned fur creatures find loving homes as they had with Paula. Paula, you will always be in my memory as long as I live.

Oh Paula I sure will miss you! Thanks for being so damn funny!!

To me Paula always seemed to live in a calm, cool world that I wanted to know more about. It was like she was in on the humor of us trying to progress on this planet. Make art with the angels Paula. We need your beautiful designs.

Don’t forget what a very wonderful artist she was.

I’m devastated. But I will always take what comfort I can from the memory of Paula’s wry, crooked, impish smile. Without it, the world just got a little bleaker. Requiescat in pace.