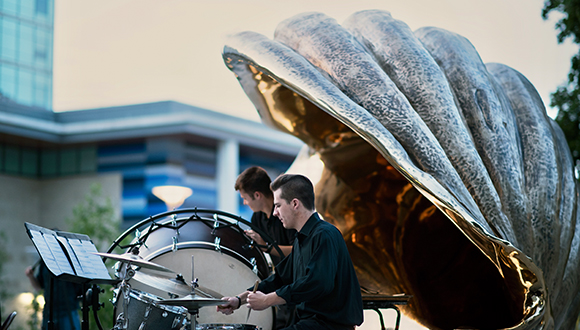 Landmarks, the public art program of The University of Texas at Austin, which also presents video and sound programs, has announced its 6th season of Sound in Sculpture, which features student-composed music written in response to the Landmarks art collection. The interdisciplinary program is a partnership with UT’s Texas Performing Arts and the Sarah and Ernest Butler School of Music.

This year’s premiere will happen on April 15 as an official part of Fusebox Festival. Performance times at Bass Concert Hall are at 6:00 PM and 7:30 PM., and are free, with a reception after the second performance.

For more information on Sound in Sculpture, please visit the Landmarks website here.