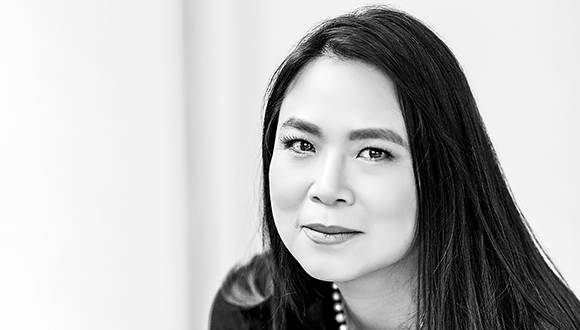 Irene Mei Zhi Shum, Associate Curator of Contemporary Art at the Menil Collection in Houston, has been appointed Executive Director of Art in General, a Brooklyn, NY non-profit art organization that assists artists with the production and presentation of new work. Shum has held her position at the Menil for the past two years. At Art in General, beginning this spring, she will head artist engagement and curatorial for its New Commissions and International Collaborations programs, as well as operational and fundraising initiatives.

“It is an honor to lead Art in General and to build upon its reputation as an innovative and inclusive artists’ space that has debuted and launched the careers of many who have gone on to shape the discourse of contemporary art,” says Shum. “I am very excited by the opportunity to plan the organization’s 40th anniversary in 2021, to support emerging talent, to produce new art, and to once again contribute to the cultural life of New York City.”

Beyond her curatorial work at the Menil, which included the exhibition Contemporary Focus: Trenton Doyle Hancock (recognized as one of “The 10 Best Houston Museum Shows of 2019” by the Houston Chronicle), she was also the inaugural curator of Philip Johnson’s Glass House in New Canaan, CT, bringing in works such as the large-scale art installations Fujiko Nakaya:Veil (2014) and Yayoi Kusama: Narcissus Garden (2016), as well as a sound performance by famed composer Ryuichi Sakamoto and German artist alva noto that was recorded and released as Glass (Noto 2018).

Art in General’s co-presidents Leslie Ruff and Roya Khadjavi Heidari state: “We are delighted to welcome Irene Mei Zhi Shum to Art in General. This is a particularly exciting time to join the organization as we look back and celebrate our 40th anniversary, while planning ahead for our future. Irene’s experience in creating content, building organizational capacity, and strategic planning make her the ideal candidate for the position of Executive Director. Her work is thoughtful, fearless, and fun. We look forward working with her.”

Specters of Noon: Allora & Calzadilla at the...