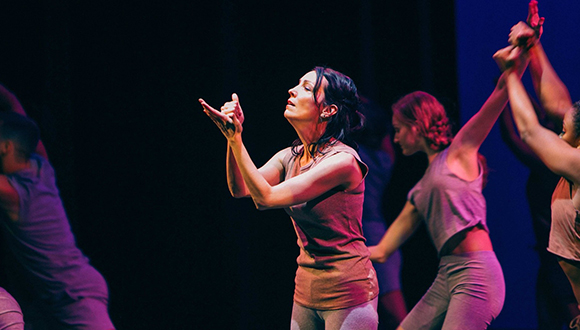 Now in its eighth year, the free citywide event ReelAbilities Houston Film & Arts Festival will open on February 11 and run through February 20. Beyond screenings, the festival programming features speakers, and music and art performances.

Prior to the festival, on February 5, Greater Houston Partnership hosts a panel discussion and luncheon titled “ReelWorkplace,” moderated by Houstonian Lex Frieden, credited as the architect behind the Americans with Disabilities Act (and was present at the bill’s signing). Frieden is also the 2020 Festival’s honorary Chair.

The ReelAbilities festival promotes inclusion through visual arts and films, and will kick off with “ReelPeople: UP Abilities,” which features speakers J.R. Martinez (an Army veteran, burn survivor, actor, best-selling author and Dancing with the Stars winner); Rebecca Alexander (author, psychotherapist, group fitness instructor, advocate, and extreme athlete who is almost completely blind and deaf); and Darrius Simmons (a young musician born with three fingers on his right hand and one finger on his left who will play piano and engage in conversation with musician and producer Chris Walker).

In conjunction with the festival, artist Mara Clawson’s work will be featured in ReelArt, an exhibition at the Center for Art and Photography at Celebration Company, which opens February 13. Clawson, who employs an iPad as her main painting tool, is the recipient of the VSA/Kennedy Center Emerging Young Artists with Disabilities Award.

States ReelAbilities’ 2020 Chair Dee Dee Dochen: “At its core a film festival, and expanded in our city to include much, more, ReelAbilities Houston is known as one of the most innovative among all others in the U.S., with yearlong initiatives anchored by the 10-plus day Festival. That this year is also the 30th anniversary of the Americans with Disabilities Act is an important milestone we are leveraging to amplify the Festival’s voice and reach.”

States Co-Chair Benjy Hershorn: “By setting a platform for people of all disabilities, both visible and invisible, to share their stories and  talents, ReelAbilities Houston is truly a gift to Houston. Through engaging speakers, music, film and visual arts, we learn empathy and gratitude, barriers come down, and our minds are opened to new possibilities.”

Along with all ReelAbilities public events, Festival programming will also travel to dozens of schools, companies and organizations through its outreach programs ReelEducation and ReelWorkplace. A highlight of this expanded programing will be Sensory Friendly Day at Children’s Museum Houston on Monday, February 17, beginning at 10 am. The day will feature opportunities for kids with Autism Spectrum Disorders (ASD) and sensory processing differences to explore the museum. For more about Sensory Friendly Day, please go here.

For a comprehensive list of performances, films, and exhibitions for the ReelAbilities Houston Film & Arts Festival, and to learn more about all partnering organizations, please visit the festival’s schedule here.