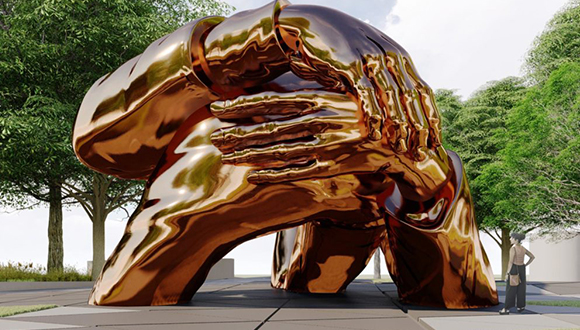 Martin Luther King Jr. Day, a annual federal holiday observed on the third Monday of January, was signed into law in 1983 by President Ronald Reagan. However, the long-fought-for holiday honoring the internationally recognized father of the U.S. Civil rights movement met with a lot of resistance from many states, and was only first celebrated in all 50 states in January 2000.

As we celebrate today’s commemoration, Glasstire has compiled a short list of works by the many artists who have looked to honor Dr. King through their art. The list also includes actions by individuals in honor of King’s memory. 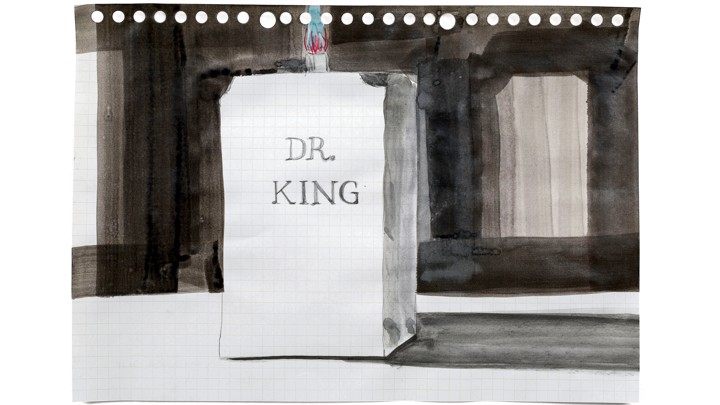 On January 15, 2006, Aaron McGruder’s Boondocks, a satirical series about African-American life (whose main characters are voiced by Watchmen‘s Regina King) aired an episode titled The Return of the King. The episode imagined King’s assassination as a botched attempt that left him in a coma. He returns just before 9/11 and is vilified for responding to the attacks by suggesting America turn the other cheek. 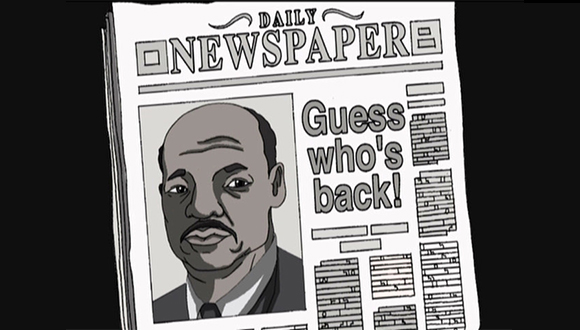 Still from Aaron McGruder’s “The Boondocks: Guess Who’s Back.”

In February 2015, the Blanton Museum of Art in Austin opened Witness: Art and Civil Rights in the Sixties. It was a survey of the art from the period just after King’s assassination, organized by the Brooklyn Museum of Art, and some of the works from that exhibition such as Red April 1970, King’s Wish, and Justice, Faith, Hope and Peace, are included here. 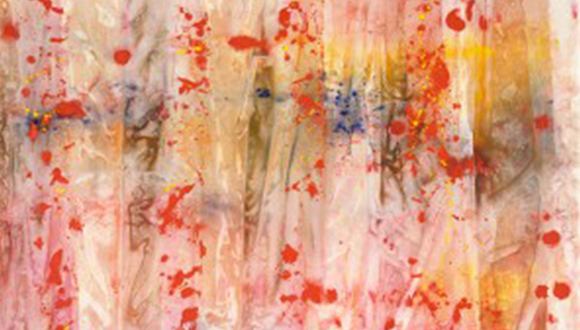 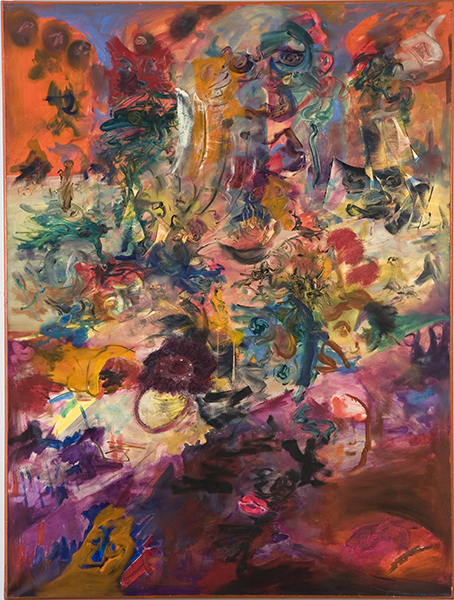 This March, in Amsterdam, The Selma Remembrance Walk Amsterdam 2020 will begin on the 21st and go through the 25th. The five-day walk of 54 miles, the exact length of the Selma-to-Montgomery walk made 55 years ago, will culminate at the Martin Luther King Park in Amsterdam. Two years ago, to mark the 50th anniversary of the King assassination, the monument for Martin Luther King’s 50 Martin Luther King Statues project was launched. The program is described on the project’s website as follows:

On April 4, 2018, it was the 50th anniversary Martin Luther King’s assassination. He was shot in Memphis, Tennessee in 1968. To keep his dream alive, 50 identical statues were placed from Memphis to Amsterdam on locations that refer to slavery and places that let us remember how important it is to end racism and fight for equality, regardless of gender, religion and race. History may not be forgotten. This is an ode to Dr. Martin Luther King, Jr. and everybody who continues his nonviolent mission.

Below is a short list of artists’ works inspired by Dr. King: 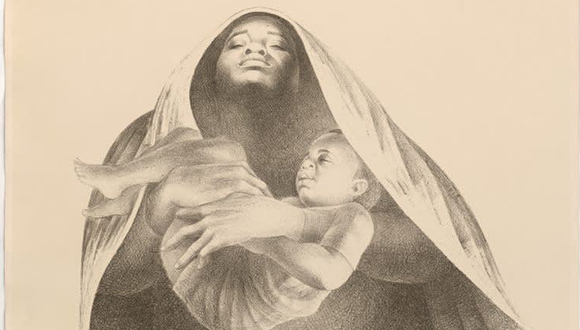 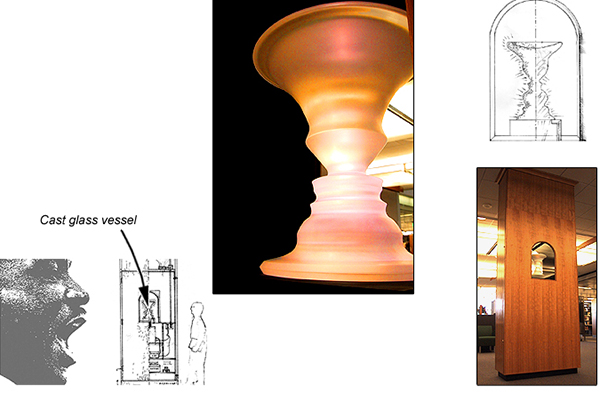 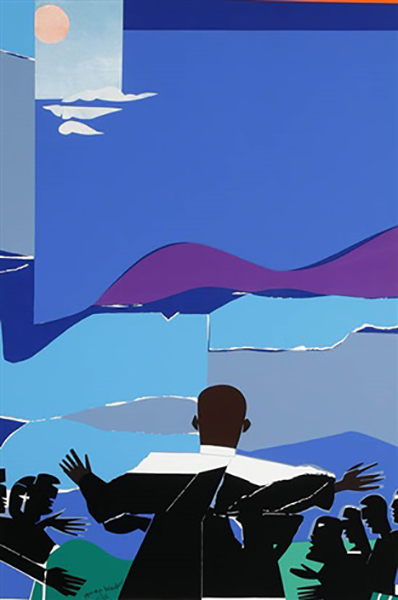 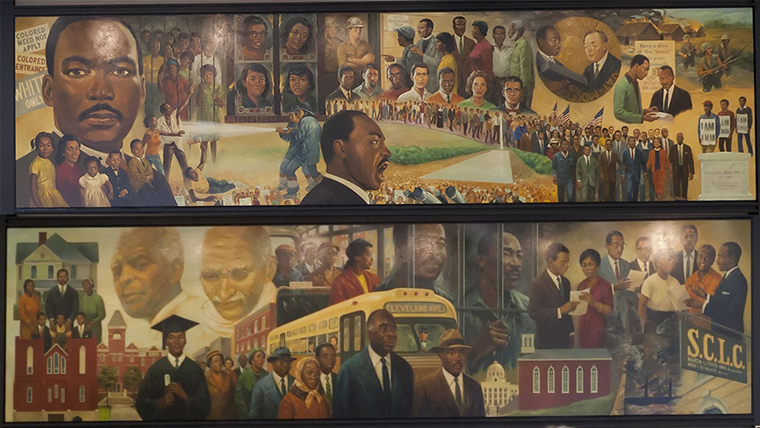 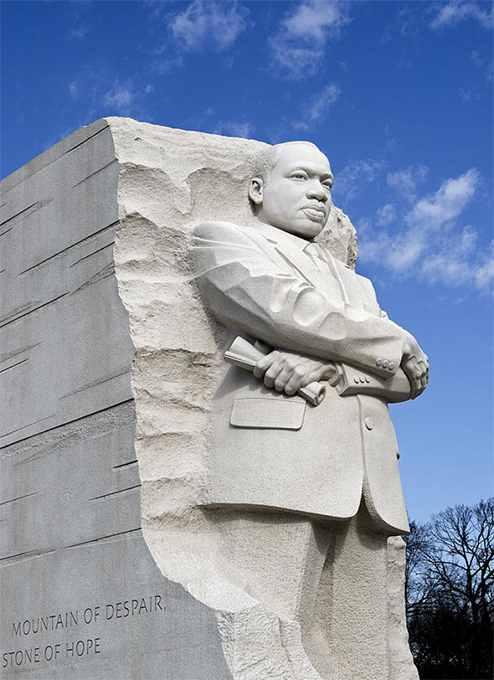 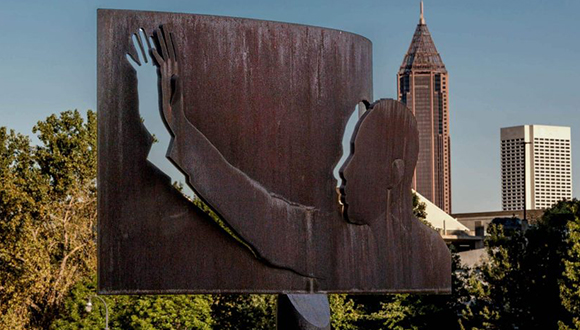 To read our previous coverage of the holiday, please go here, here, and here.

Happy Birthday from 1980 and the Future!