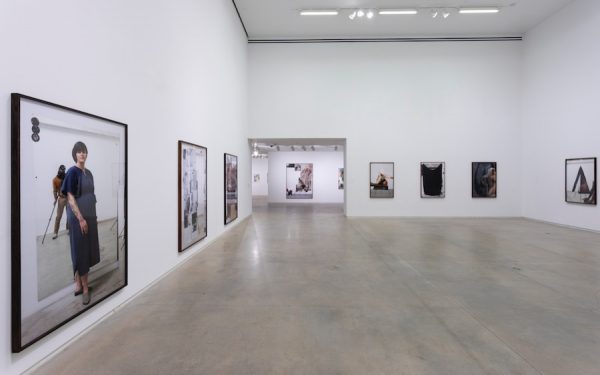 Installation view of Paul Mpagi Sepuya at the Blaffer

A common criticism of identity politics, especially in art, is that it’s too didactic. And while it’s important to infiltrate and question a system whose discourse has been controlled by older wealthy white men for centuries, there’s also something to be said about art that conjures something within the viewer, rather than talking at her — a problem that identity centered art can brush up against.

As a critic, but also as a lesbian, I have complicated feelings around this critique. Certainly art that just shouts or simply hands the viewer the answer is problematic. It short-changes us as lookers and thinkers, and robs us of the opportunity to question and decode. It’s also largely ineffective: people don’t change because art tells them to do so. The accusation of didacticism, however, seems disproportionately and somewhat unfairly aligned with identity politics; I feel indebted to generations before me who gave voice and visibility to the queer community, the pioneer artists who foisted queer identity onto the world — a world that may or may not have been ready for it. Who knows what rights we’d be deprived of if artists before us hadn’t fought for recognition? And let’s face it: rarely do people accept difference because they are merely brave or curious. They accept difference because it becomes ingrained into the culture, and visual artists are often at the forefront of dissemination. 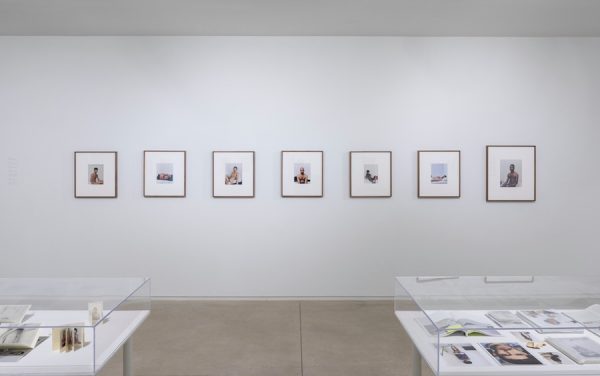 Installation view of Paul Mpagi Sepuya’s survey at the Blaffer

I write all this because, with the Paul Mpagi Sepuya survey up now at the Blaffer Art Museum in Houston, we feel the myriad ways in which this young gay black man grapples with representing his identity, and that representation’s relationship to art history. Although the work in this survey covers a little less than a decade and a half of his output, there is a quick and significant transformation in Sepuya’s work in the span of a few years — a shift from simply documenting the black queer experience to delivering a withering critique, via formalism, of the ways in which blackness and gayness are consumed by the masses. 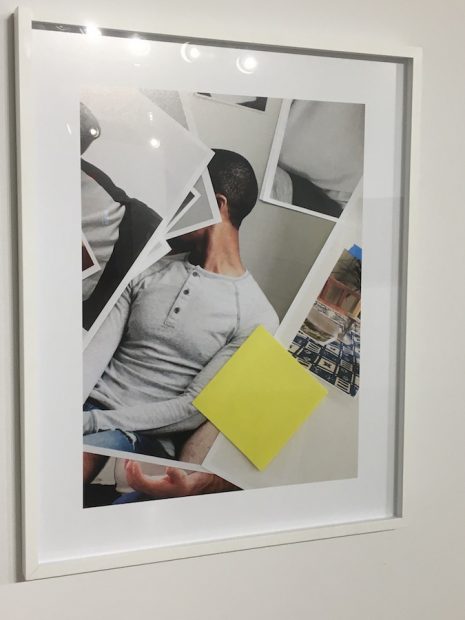 Some of Sepuya’s earlier work is not particularly dynamic or interesting. Much of his work from 2014, like Studio, March 2 (part 1) or Desktop read as documentary collage — personal projects that directly show or infer gay desire. But in the greater context of this survey, it’s important to include this work in that it provides a chronological narrative of Sepuya’s evolution, from making documentary to a creating a full embodiment of his experience — and perhaps most importantly, to presenting a salient political critique of how we observe that very embodiment. 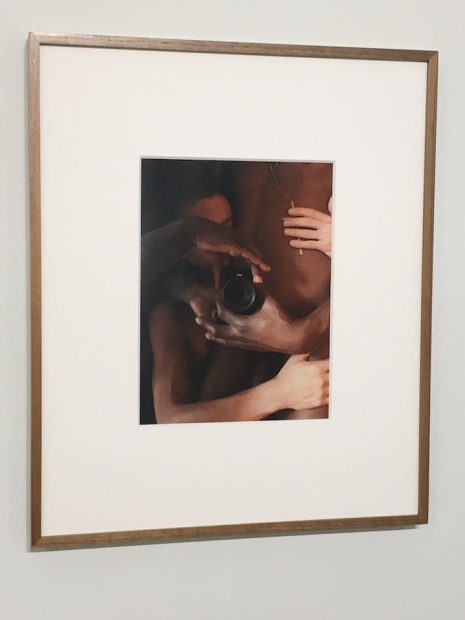 In this evolution, fast forward a few years: I’m stopped dead in my tracks in front of 2017’s Darkroom Mirror (_2060999). It isn’t explicitly sexual, but with its almost culinary entanglement of brown and tan flesh, it’s certainly seductive. Caressing fingers slide along silken bodies, arms contort snake-like through the picture frame in a way that feels both quietly intimate and frenzied. And this is makes all the difference: we aren’t simply bearing witness to gay male desire. Here, Sepuya seduces us into his gravity field. 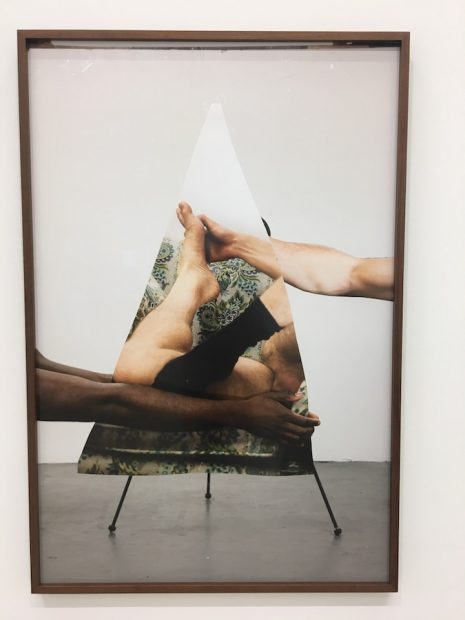 But it is with the incorporation of mirror shards in work like Mirror Study (4R2A0857) that we see the intertwining of seduction and critique at its finest. We also see a culmination of Sepuya’s impulse to layer and fracture as well as to obscure. With the violent triangular lines delineating the mirror shard, he thrusts and thrashes our eyes around the frame, and we clamor to make sense of the entanglement of flesh and body parts that are increasingly unclear. Hands, arms, and stomachs dislocated from faces and bodies evoke the objectification we find in Robert Mapplethorpe’s work. As viewers, our motives change: our gaze shifts. We go from being passive bystanders of sexuality to becoming voracious consumers of it. The way we devour Mirror Study eerily mimics how we consume and subsume blackness and gayness into our culture — the way we covet its “otherness” while reviling the “other.” 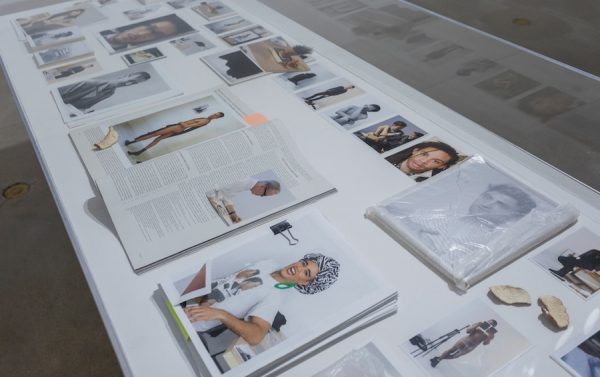 General gripe, though: can we stop it already with “the archive?” Unless the artist’s aesthetic revolves around an archive — like Mark Dion or Robert Williams, to name a few — tossing ephemera into an exhibit does little more than add quasi-intellectual heft that very few viewers will take the time to thoughtfully sift through. Some of it makes sense in Sepuya’s case, I suppose, like the zines he made in 2005. But showing us the books he reads and revealing that he eats oranges does nothing for the art. The art speaks plenty for itself.