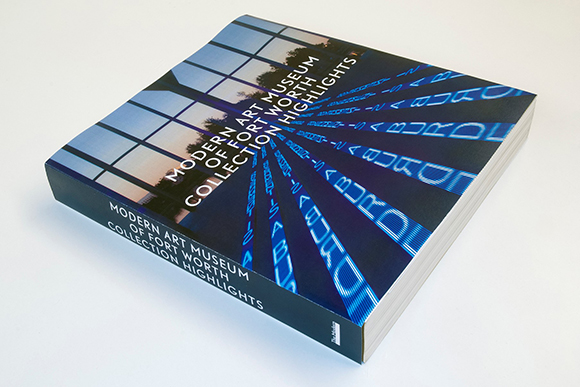 The Modern Art Museum of Fort Worth has published a new catalog titled Modern Art Museum of Fort Worth: Collection Highlights, which features 220 works of art by more than 150 artists, and surveys the Modern’s collection of painting, sculpture, works on paper, photography, installation, film, and video.
The last such publication for the museum, The Modern 110, was published in December 2002, on the occasion of the opening of the Modern’s Tadao Ando-designed building. For it, the museum selected 110 works from its collection to highlight, and to celebrate 110 years since the founding of what would become the Modern Art Museum of Fort Worth.
“The expanded and redesigned catalogue accounts for the significant growth of the Museum’s holdings in the intervening years,” says Lee Hallman, Associate Curator at the Modern. “The volume reflects the expanding breadth and depth of our permanent collection and our continuing efforts to broaden the diversity of perspectives represented in our galleries. It has been our aim to produce a book that is accessible, informative, and appealing to the casual visitors, students, scholars, and artists alike who make up our viewing public.” 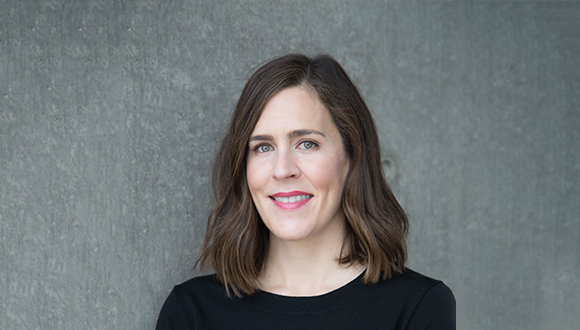 Hallman contributed to the catalog’s essays. Other essay contributors include the Modern’s Alison Hearst and Andrea Karnes, retired Modern Chief Curator Michael Auping, plus historian Frances Colpitt (the Deedie Rose Chair of Art History, Texas Christian University); Mark Thistlethwaite (the Kay and Velma Kimbell Chair of Art History, Texas Christian University); and S. Janelle Montgomery, Curatorial Assistant at the Modern.
“We decided it was going to be 150 artists, but it was tough to narrow it down to that number in consultation with Andrea and Alison,” Hallman says. “We acquired a good amount of new works since the Modern 110 and I wanted to have a good balance of new acquisitions and some of the greatest hits of the collection. I think it reflects some of the new directions we’ve taken in our collecting priorities and really shows off the best of what we have.”
Included in Collection Highlights are iconic works from Francis Bacon, Dan Flavin, Philip Guston, Ellsworth Kelly, Roy Lichtenstein, Agnes Martin, Joan Mitchell, Robert Motherwell, Pablo Picasso, Jackson Pollock, Mark Rothko, and Andy Warhol. 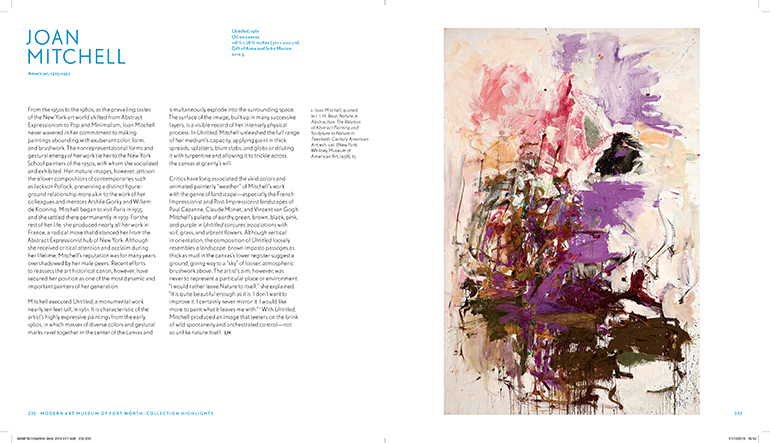 The expanded highlights in the new catalog also include art the Modern has acquired over the past 15 years, some from its  Focus series of exhibitions, which was launched by Senior Curator Andrea Karnes, and is now curated by Associate Curator Alison Hearst. “I love the new collection catalog, ” Karnes said in a telephone interview with Glasstire. “The thing about a new collection catalog is that [it’s] a lot of work — two years in the making — but then it ends up being this really useful tool for so many people. We knew for so long that we needed to do it. Lee Hallman did an amazing job of spearheading the catalog, staying on budget and on time and wrote a bunch of really good essays.”
In a separate Glasstire conversation with Hearst, Hearst stated: “Andrea, Michael [Auping — independent curator and Chief Curator Emeritus of the Modern] and me talked about how overdue the museum was for a new catalog, and we wanted to feature more artists than we were able to feature in the Modern 110, so we decided that we would shorten the essays to make that happen.”
Some of the works in the catalog that were acquired by the museum from shows in its Focus series, or are representative of artists still working today, include pieces by Njideka Akunyili Crosby, Mark Bradford, David Hockney, Jenny Holzer, Anselm Kiefer, Martin Puryear, Gerhard Richter, Sean Scully, Cindy Sherman, Frank Stella, and Kehinde Wiley. 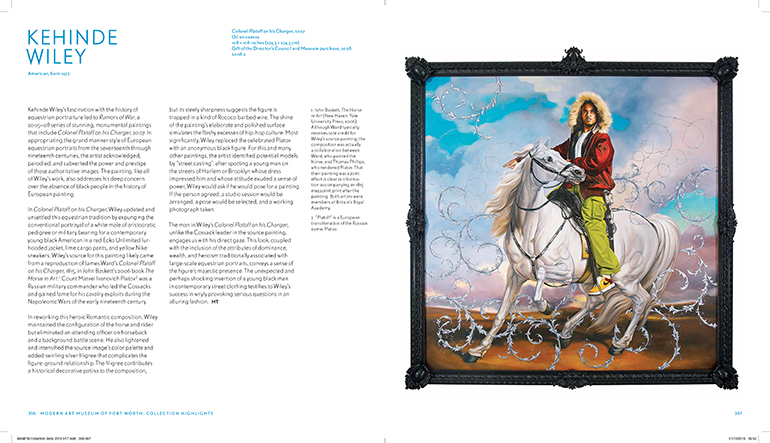 In a nod to some of the first works collected by The Modern, Collection Highlights also covers the Modern’s holdings of modern and contemporary Texas-based artists, including works from the Fort Worth Circle of the 1930s and ’40s. Living Texas-based artists such as David Bates, Julie Bozzi, Vernon Fisher, and Hubbard / Birchler are included. Also prominently highlighted in the catalog (following major solo shows at the museum): KAWS, Ron Mueck, and Takashi Murakami.

Hallman organized this expansive project with the hope that this volume will remain the authoritative book about the collection for many years to come.