A Tale of Two Cities: Texas Mother-Daughter Art Duo Patricia and Patti Ruiz-Healy on their Decision to Open a Second Gallery in New York 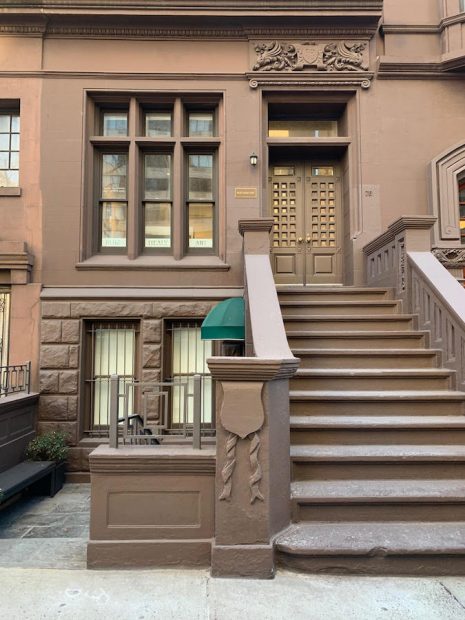 San Antonio: if you can make it there, you can make it anywhere — maybe even New York. Which is exactly what art dealer and gallery owner Patricia Ruiz-Healy bet on when opening a second space last May on East 79th Street on Manhattan’s Upper East Side. Ruiz-Healy Art has been an established presence in San Antonio since 2004, showcasing Latin American, Latinx, and Texas-connected artists, particularly artists from that city. In 2011, Ruiz-Healy began showing work by appointment at her newly purchased Upper East Side place, going back and forth between the two cities and their art markets.

When a commercial space opened up just across the street in 2019 — with its iconic brownstone facade complete with broad steps leading up to the entrance — Ruiz-Healy seized the opportunity to open a second gallery. Her daughter Patti, who lives in NYC, is associate director of the new space, and brings with her a female-forward vision, art-world savvy (she worked at Sotheby’s for five years prior) and young eye to the Upper East Side — a neighborhood known for its older, white-pearled patrons and institutions.

Recently, I had a chance to visit the new New York-based Ruiz-Healy Art on East 79th, and spoke with both mother and daughter on why they’ve chosen to open a second space, the differences between the two cities’ art worlds, and the surprising ways in which they overlap. (Hint: everything’s bigger in Texas, just as everything’s badass in New York.) 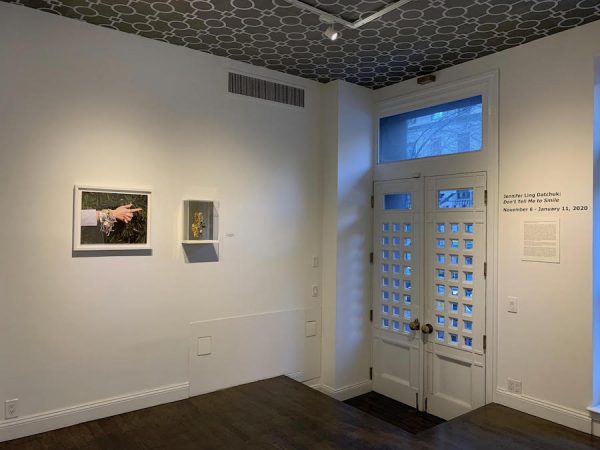 Barbara Purcell: How did you find this gorgeous space? Street access in Manhattan is so rare!

Patti Ruiz-Healy [daughter]: It was very good karma. We had been exploring different options, including pop-up galleries in neighborhoods like Chelsea, but they were so expensive; some places below 14th Street were charging $20,000 for two weeks. And then we met a lovely dealer who had just signed a 10-year lease, and she was thinking of backing out and returning to her native Switzerland. We were discussing co-signing with her, but then this space came up. She couldn’t have been nicer about it — in fact, one of her people now works for us.

Patti RH: It’s quieter and more reserved up here. Chelsea is fun and crazy with those Thursday night openings. We do get a bit of that crowd, especially with the Met and Met Breuer right in this neighborhood, but the Latin American gallery world is still very new in general, let alone the Upper East Side. 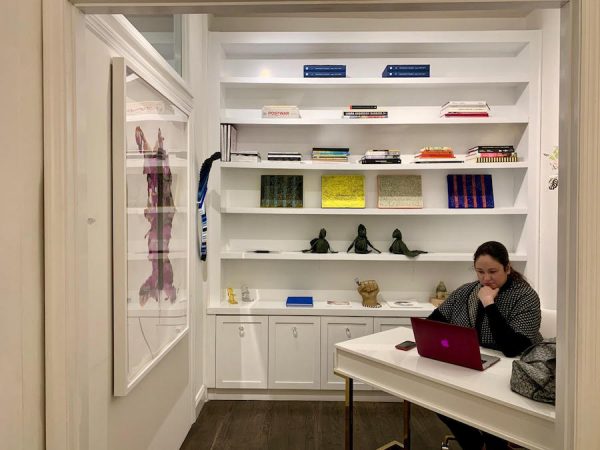 BP: How many exhibitions have you had in this new space so far?

Patti RH: Three. The first show was Photographing Identity with Chuck Ramirez, whose estate we exclusively represent, and Cecilia Parades. Chuck was an openly HIV+ gay man from San Antonio, raised primarily by his Mexican grandmother. Cecilia is originally from Peru, but moved to the U.S. and married an American. The show focused on the type of identity you are, and the type of identity you present — and how to negotiate between the two. The second exhibition was Margarita Cabrera, who was born in Monterrey but raised in El Paso; a lot of her work deals with border issues. Our current show is Jennifer Ling Datchuk, who’s first-generation Chinese American. Her mother wasn’t born here and her father was born to Russian and Irish immigrant parents. So her work also deals a lot with the complexity of identity — being not Asian enough for some, but too Asian for others.

BP: Jennifer’s work is actually on view in both galleries at the moment: Don’t Worry Be Happy in San Antonio and Don’t Tell Me to Smile in New York [through Jan. 11]. Are you planning to show more artists concurrently in both spaces in the future? 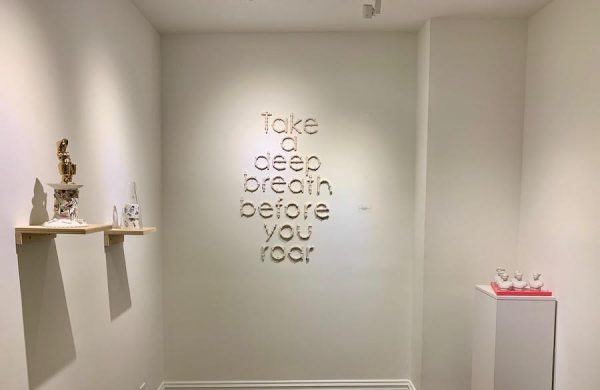 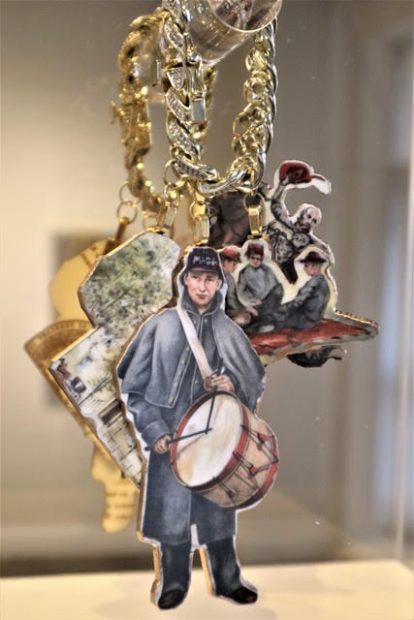 Patti RH: Jennifer is from New York, but she now lives in San Antonio; she teaches at Texas State and was an Artpace artist in residence, so it seemed natural to show her in both places. We’re also able to push more boundaries here in New York City. I wouldn’t necessarily show these Confederate States of America plates as much in Texas, since it’s still the War of Northern Aggression with certain people. Jennifer has put a MAGA hat on one of the Confederate soldiers, for instance. San Antonio has been very accepting and open, but it’s a smaller town — not a Houston or Dallas — where there are dealers who push different kinds of boundaries.

BP: Speaking of the “War Between The States,” do you think having a Texas-based gallery with a second location in New York will increase cultural dialogue between the two places?

Patti RH: Yes, definitely. When New Yorkers think of San Antonio, they think of the Alamo, but once they go to Texas, they love it. It’s the Wild West but it’s also a melting pot: there’s a city in Texas for everyone. Both states are like their own countries, which is why there may be a natural rivalry, but also a natural connection between the two. Texans, like New Yorkers, think of themselves as strong and tough. 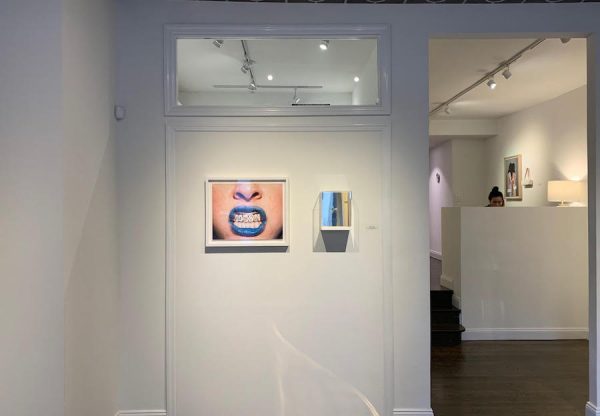 BP: How are the gallery scenes different between the two cities?

Patti RH: San Antonio’s art community is smaller, so it’s very supportive and collaborative. We’re members of the International Fine Print Dealers Association (IFPDA), which is very reputable, but still, it’s easy to get lost here: the New York art scene is more cut-throat. It’s also more of a boys’ club — still all-male executives and mostly male dealers. The women art advisors and dealers in New York tend to stick together and it feels genuinely supportive, not competitive. The woman we almost co-signed a lease with told us point-blank she would never go into a partnership with a man in this city.

BP: Describe working with your mother.

Patti RH: She was the one who wanted this second gallery. She had to convince me more than the other way around. I was insecure at first about whether people would come — but they have. My mom got married to my dad when she was very young, and she didn’t complete college until much later. My sister and I were a bit older at that point, old enough to make our lunches. She went on to get her master’s and then her PhD in art history at UT — all while running her own business. My mom is very unafraid; for her, there’s no time like the present.

BP: Why did you decide on New York all the way from San Antonio?

Patricia Ruiz-Healy [mother]: This move has been a long time in the making. Our daughter Josephine went to Columbia University and my husband always wanted to have a space in New York City; he felt he missed his opportunity in the late 1970s when he could have bought something. So we bought a condo in 2011 — as opposed to a co-op, where the regulations are impossible — [and] I installed professional lighting and began showing by appointment only, participating in art fairs and pop-ups, trying to get a client base in New York. 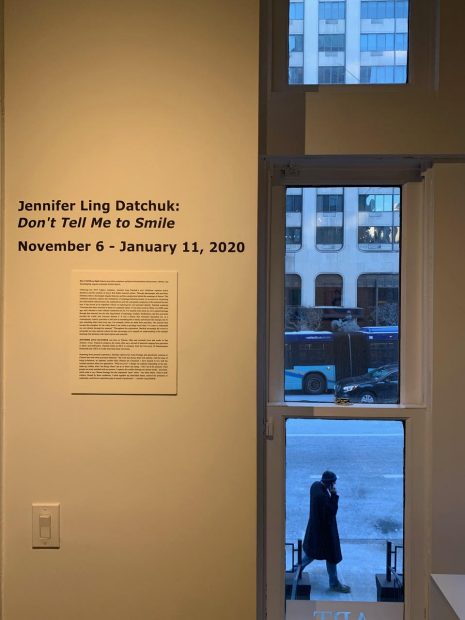 BP: How have things changed for you in New York since opening this gallery?

Patricia RH: It was very isolating when we were by appointment only, and I knew that in order to be taken seriously, I would have to have a space, business hours, etc. It was, of course, my dream to have a gallery in New York — it’s every art dealer’s dream. But I didn’t want to commit to a 10-year lease because you never know. Finally it was meant to be: this place is right across the street from where we live and it’s two years with an option to renew. Now that we’re open I have a lot of interest from curators and others. We were just invited to participate in the Frieze Art Fair in May, and that maybe wouldn’t have happened if we didn’t have a gallery in New York.

BP: Do you enjoy the city as much as San Antonio?

Patricia RH: I grew up in a little town in Sonora, in Northern Mexico, but I lived in London for four years after high school. And my husband is from Mexico City, so we’re used to a big metropolis. At the same time, we love the quietness of San Antonio. New York can be a little crazy, but we like this combination of two completely different cities and energies. I have known the San Antonio artists for years, and since I’ve been going to New York for many years now, I feel very much at home in both places.

BP: What can New York’s art world learn from Texas?

Patricia RH: Texas Latino artists get overlooked so much. It’s more about the Nuyoricans or Latinx artists on the East and West Coasts. I’m trying to correct that little by little. And there’s a moment for New York institutions: the Whitney now has a curator for Latinx art and MoMA has just re-opened with its expansion. There are several Latin American art dealers in New York City, but nobody else from Texas representing the wealth of San Antonio artists.

BP: Describe working with your daughter.

Patricia RH: I’m here a little less than half the time, but my daughter Patti has been based in New York for 10 years now — which is why this second space also made sense. She and I have been working together for a few years now, and when we opened this new space, she became the gallery’s associate director. She’s very outgoing and brings to the table years of experience. I’m very excited we get along so well professionally! The gallery program is run by me — but of course, I welcome any suggestions.