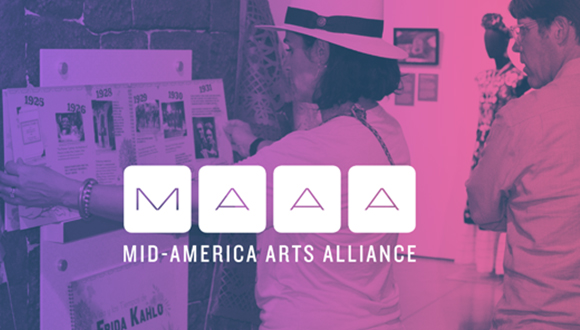 For artists living within an 80-mile radius of greater Houston, Artist INC is hosting Spring 2020 sessions for professional development in all art disciplines. Applications are open through January 10th, 2020. Artist INC is a partnership between Houston’s Fresh Arts and the Mid-America Artis Alliance (M-AAA.) There will be eight peer facilitators working throughout the sessions, which will will run on eight consecutive Wednesday evenings from 4:00 pm to 7:00 pm, from March 18 to May 13, at Frost Bank Financial Center in Houston.

The 2020 Houston Peer Facilitators are as follows:

Emanuelee “Outspoken Bean”  is a performance poet, writer, mentor, entertainer, and educator. Bean was ranked ninth in the Individual World Poetry Slam 2013, second in collaborative poetry at Group Piece Finals 2013 and eleventh at National Poetry Slam 2014 (both with Houston VIP). Bean has also worked with the Harris County Department of Education, Houston’s Young Audiences: Arts for Learning and Texas Commission for the Arts, and Houston Grand Opera.

Eepi Chaad is an arts access advocate and an environmentalist. Chaad one of the first resident artists for the City of Houston, where she worked with immigrant and refugee populations to create communal art as an exercise in creative placemaking. Most recently Chaad has joined Art League Houston where she is spearheading the growth of the organization’s outreach and arts access programming.

Mario E. Figueroa, Jr., aka GONZO247, was born and raised in Houston. GONZO247, a self-taught artist, opened Aerosol Warfare Gallery, founded The Graffiti & Street Art Art Museum of Texas, produced an Aerosol Warfare video series, established a Houston Wall Of Fame, has participated in more than fifty  exhibitions and art projects while also working with brand campaigns that speak to urban communities. Some of the local organizations he has worked with are TEDxYouth Houston, Avenue CDC – Art on The Avenue, DiverseWorks, Fresh Arts, Houston Arts Alliance, The Orange Show Center and Project Row Houses.

Tami Merrick has lived/worked for the past sixteen years at her studio in the First Ward Cultural Arts District in Houston. She has extensive studies at Art League and is completing a certification at MFAH Glassell School of Art with major in painting and sculpture, and has a Master of Architecture degree. She received a Houston City Initiative Grant for an international collaboration project. “Rorpost Collaboration Project” was created with her artist critique organization called Art Chatter.

Mollie Haven Miller is an educator and arts administrator from the Houston area. She received her BS in Dance from Texas State University before returning to Houston. As a dancer she has performed works by Sara Draper, Rebecca French, Lydia Hance, and Ashley Horn, as well as her own choreography. Miller is the Executive Director for Dance Source Houston.

Nicola Parente currently works out of his studio at Winter Street Studios. Recent exhibitions include Genesis at the Museo de Guadalupe in Mexico. In 2016 and 2017, Parente’s paintings were part of a touring exhibition between Esbjerg, Denmark, and Houston. In 2014, Parente was featured as one of Houston’s 100 creatives by HoustonPress and was the featured artist in the Bayou Review, a literary and visual arts journal published by the University of Houston.

Dominique Røyem, Music Director of the Fort Bend Symphony Orchestra, has worked with ensembles such as the Ukrainian State Orchestra, Plevin Philharmonic, Galveston Symphony, Moores Opera Center, Sugarland Opera, HBU Opera Theatre, and the Houston Civic Orchestra. She was the Resident Conductor for Bayou City Concert Musicals, Music Director for Houston Grand Opera’s Opera to Go! during the 2012–13 and 2013–14 seasons, and the Conducting Fellow for the Allentown Symphony Orchestra’s 2012–13 season.

Lori Yuill’s choreography has been presented internationally in Paraguay, Guatemala, Brooklyn, New York City, and Houston. She was a 2014–15 Artist in Residence at Dance Source Houston and received an Artist Project Grant from Houston Art Alliance to make “The Story of a Space”, a site specific piece set in Tranquility Park.

Artist INC is a cutting edge training seminar that addresses the specific business needs and challenges artists of all disciplines face every day. Limited to 25 participants per session, artists gather one night a week for eight weeks to learn business skills specific  to their art practice and apply those skills cooperatively with their peers. Using a variety of learning modalities, the artists learn and grow together. Sessions consist of: artist facilitator mentoring, small group activities, facilitator-lead panels, large group discussion and multi-media lectures. Now in it’s eleventh year, the Artist INC workshop has been completed by  more than 1300 regional artists.

For more on M-AAA, please visit its website here.

Avoid Those Long Checkout Lines at the Galleries!...

What They Don’t Teach You in Art School