In Memoriam: 2019 Artist Obituaries in Glasstire

Texas and the art world at large have lost some greats this year, and the losses have hit us in immeasurable ways. From icons such as Joyce Pensato, Barbara Crane, Michael Galbreth, and Daniel Johnston, to the recent deaths of Bob “Daddy-O” Wade and Katie Pell, here is a list of artist and art-world-adjacent obituaries we published in 2019: 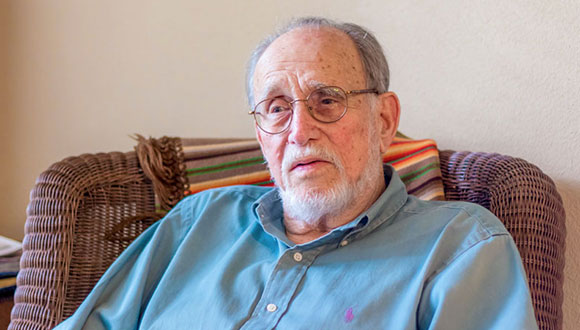 Charles Pebworth, 1926-2019
The artist Charles Pebworth, a Native American who for years was an instrumental member of Houston and Huntsville’s art communities, died January 10th, 2019, following complications from a fall. He was 92. He is survived by his wife, Nona, and his four children and their families. 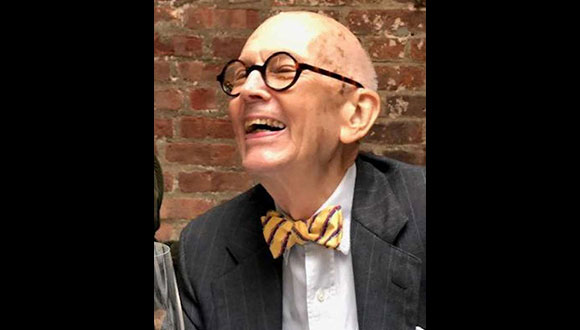 Bill Lassiter, 1932-2019
Bill Lassiter, a well-loved patron and member of the Houston art community, died February 11, 2019, after suffering a fall. He was 86. He was preceded in death by his partner, Edward Mayo, who served as the MFAH’s registrar emeritus. 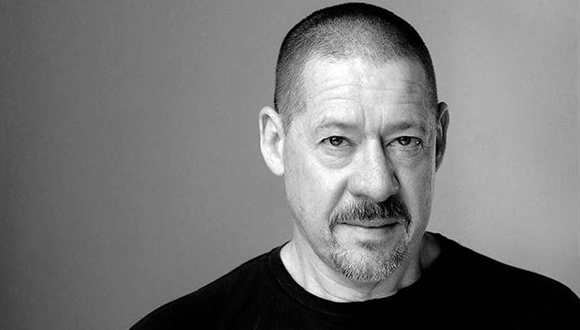 Brad Braune, 1951-2019
Brad Braune, a San Antonio artist, teacher, and architect died on February 28, 2019 from a heart attack. Braune was known for his imaginative and delicate watercolors. His poster for San Antonio’s Folklife Festival from 1981, depicting a longhorn steer with a yellow balloon tied to one horn, was the first official poster for the festival and became an iconic Texas image. 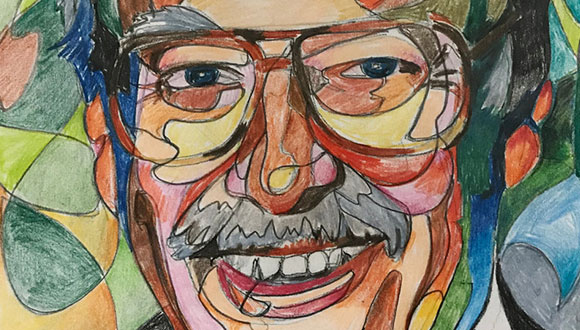 Dan Robbins, 1925-2019
Dan Robbins, the man responsible for popularizing the enduring paint-by-numbers technique, died on April 1. He was 93. 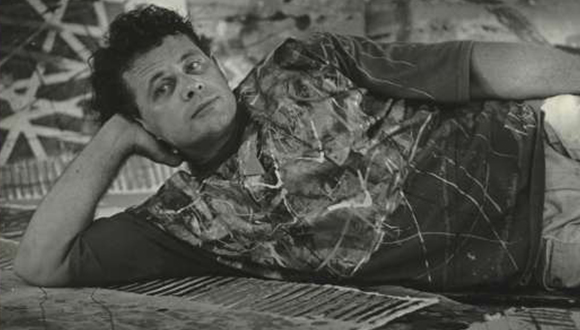 Gene Elder, 1949-2019
Gene Elder, a unique artist and activist in the San Antonio art and LGBTQ communities, died on Sunday, April 28 after a bout with cancer. He was 69. 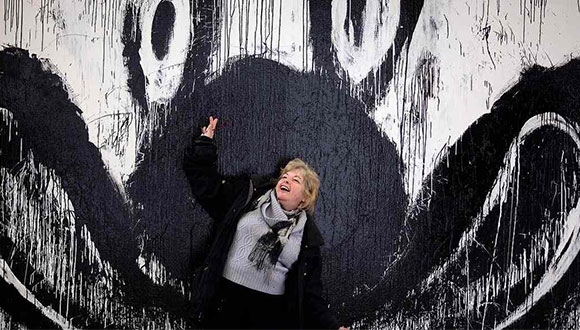 Joyce Pensato, 1941–2019
Joyce Pensato, the painter known for her work reinterpreting classic figures from American cartoons and other pop culture, died this summer. She was 78. Ms. Pensato started her long career as an artist in her native Brooklyn. 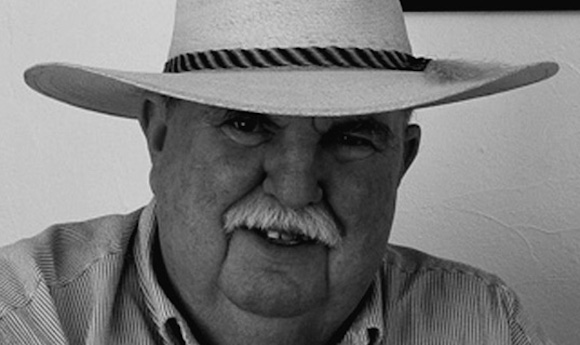 Lonn Taylor, 1940-2019
Lonn Taylor — a prolific writer and also a historian and curator for the Smithsonian’s National Museum of American History who retired with his wife  Dedie to Fort Davis in 2002 — died on June 26 at home. He worked for the Smithsonian for 20 years, and authored a number of books (most recently, in 2018, Marfa for the Perplexed). 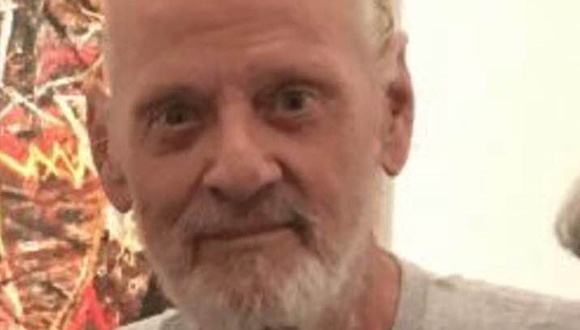 Perry House: 1943-2019
Beloved Houston artist Perry House died on July 8, 2019. He was 75. House was a Houston fixture for decades, and as both artist and teacher, touched nearly every corner of Houston’s art scene and influenced many young artists in Houston and beyond. 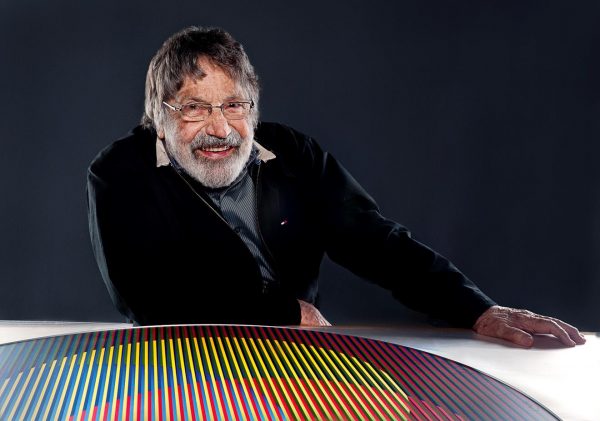 Carlos Cruz-Diez [1923-2019]
Carlos Cruz-Diez, a native of Caracas, Venezuela known for his contributions to the theory and practice of color, died on July 27, 2019. He was 96 years old. Visitors to the University of Houston’s Graduate College of Social Work can see Cruz-Diez’s Double Psycichromie, installed at the North exterior of the facility. 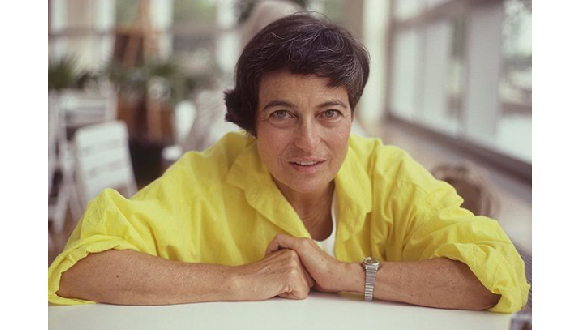 Photographer Barbara Crane, who died August 7, 2019, in an undated photograph via Eleftheria Lialios

Barbara Crane [1928-2019]
Barbara Crane, known for her candid photographs of strangers on the streets of Chicago and her extensive experimentation with the medium, died on August 7 at age 91. Her photographs took many forms, from conceptual, drawing-like abstractions of human forms early in her career, to candid observations of passersby and people sometimes oblivious to her presence on the streets of Chicago. 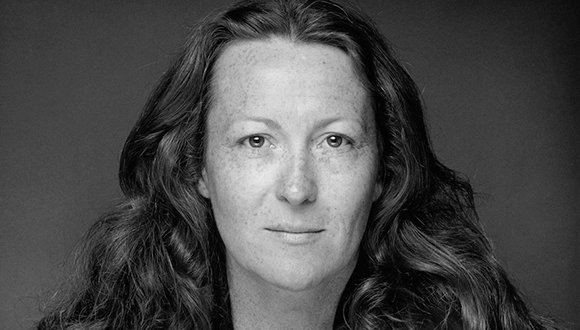 Nancy Kienholz [1943-2019]
The artist Nancy Reddin Kienholz, collaborator and wife of artist Edward Kienholz, died on August 7 in Houston of complications from illness. She was 75. The duo’s representing gallery, L.A. Louver, announced her death on August 9. (Ed Kienholz died in 1994.) 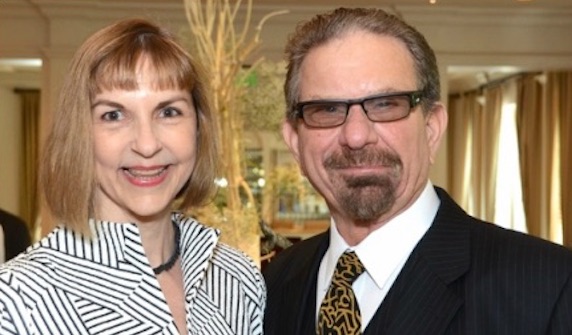 Marshal Lightman [1944 -2019]
Marshal Lightman, who served as president of the Houston Arts Alliance (HAA) from 2010-2012, and one-time Art League Houston’s Patron of the Year (an honor he shared with his wife Victoria Lightman), died on August 11. He was 74. Among Lightman’s many accomplishments: he served as vice president and regional controller of Gilbane Building Company until his retirement in 2014, and was co-founder of Looking At Art, along with Victoria. 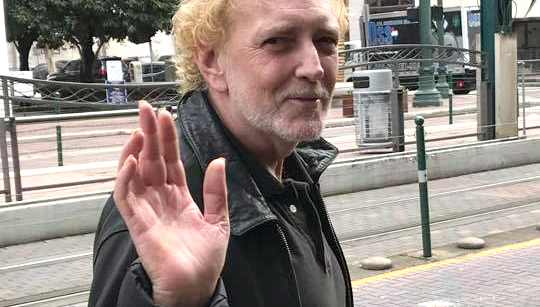 Malcom MacDonald in an undated photograph via Jim Pirtle.

Malcom MacDonald [1955-2019]
Malcom MacDonald, an enigmatic presence in Houston, has died at 64. For someone who was memorialized by so many in the Houston art community on social media following his death, there were scant details about his life that could be independently verified. To quote Jim Pirtle, a Houston artist and friend of Macdonald: “I think with Malcom there is no history… he was the moment… born in 1955… where… who knows… I mean he was a storyteller and liar so the myth is part of the truth.” 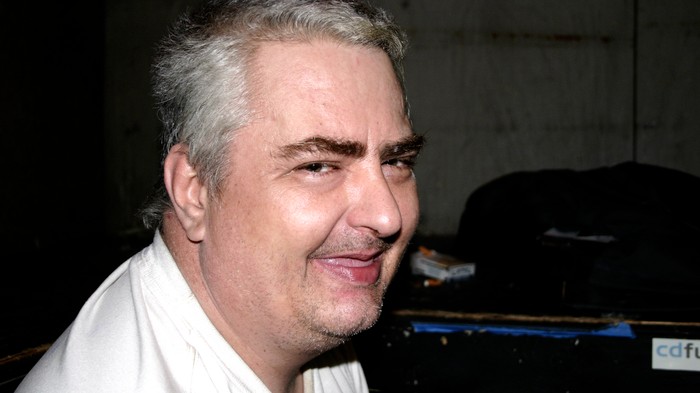 Daniel Johnston [1961 – 2019]
Austin’s legendary singer-songwriter and artist, Daniel Johnson, died in September. According to the Austin Chronicle, Johnston died following a heart attack. Johnston’s legacy includes more than 16 albums in his discography, and multiple collaborations with musicians, including Yo La Tengo and Okkervil River. 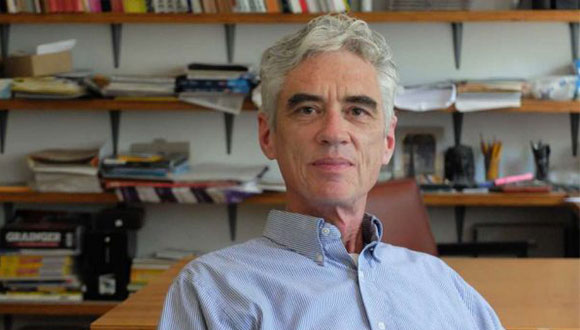 Michael Galbreth, 1956-2019
Micheal Galbreth, a central figure of the Houston art world, died at Methodist Hospital in Houston on Saturday evening, October 19, 2019, following emergency surgery for an aortic dissection. He was 63. Mr. Galbreth’s influence on and contributions to the growth of Houston’s robust art scene cannot be overstated. The creative career of this multidisciplinary artist, organizer, collaborator, provocateur, and teacher evolved in tandem and intertwined with the evolution of contemporary art in Houston since the 1980s.

Mr. Galbreth was best known as one-half of The Art Guys, a 35-year collaboration with Jack Massing that began in 1983 after the two met as students at the University of Houston. 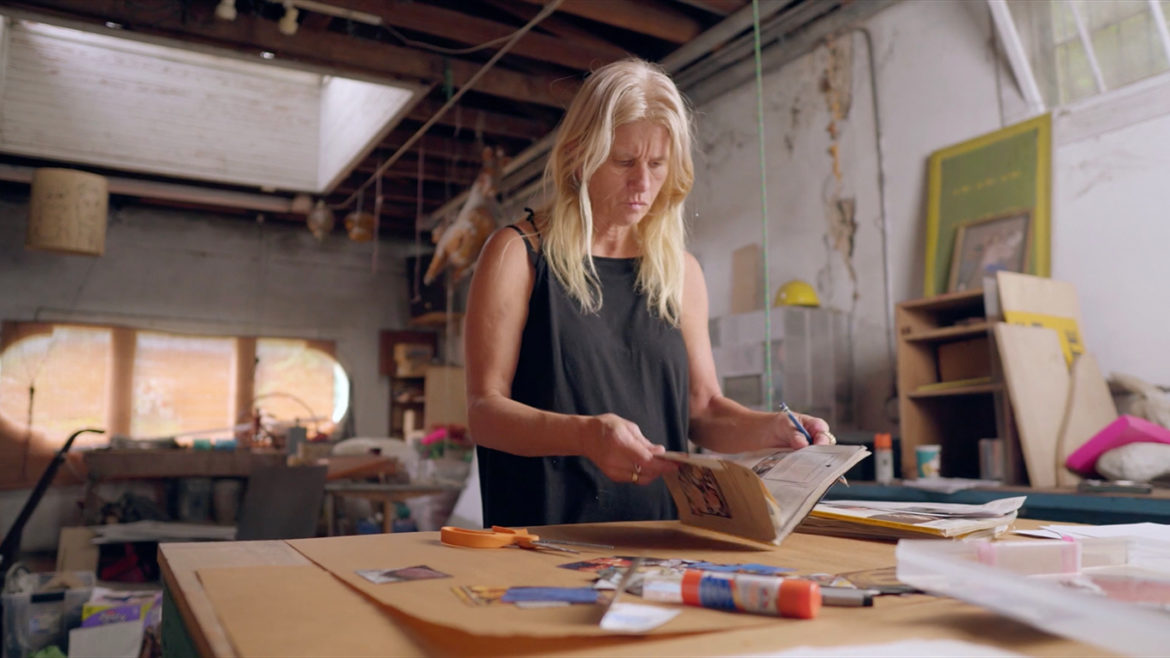 Katie Pell [1965-2019]
San Antonio-based artist Katie Pell died Saturday, December 21 from complications from cancer. She was 54. Born and raised in Wilmington, DE., and a San Antonio resident since 1995, Catherine Anne ‘Katie’ Pell received a BFA in painting from Rhode Island School of Design, and later an MFA from University of Texas at San Antonio. 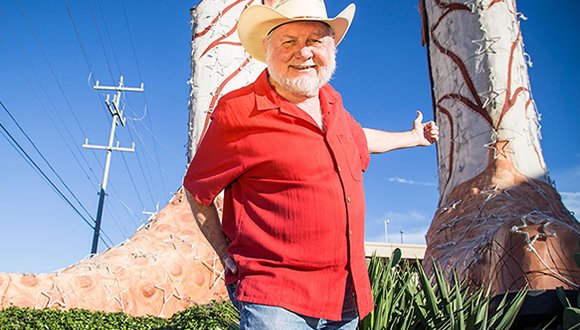 Bob “Daddy-O” Wade [1943 – 2019]
Bob “Daddy-O” Wade, a Texas artist (once described by the Fort Worth Star-Telegram as a “pioneer of Texas Funk and connoisseur of Southwestern kitsch”) died in December. Wade, whose sculptures include such iconic works as Funny Farm Family, Worlds Largest Cowboy Boots, and the Fort Worth Zoo’s iguana sculpture (formerly installed at two locations in New York City, most prominently on the roof of the Lone Star Cafe on 5th Avenue), died of a heart condition on Christmas Eve. He was 76. 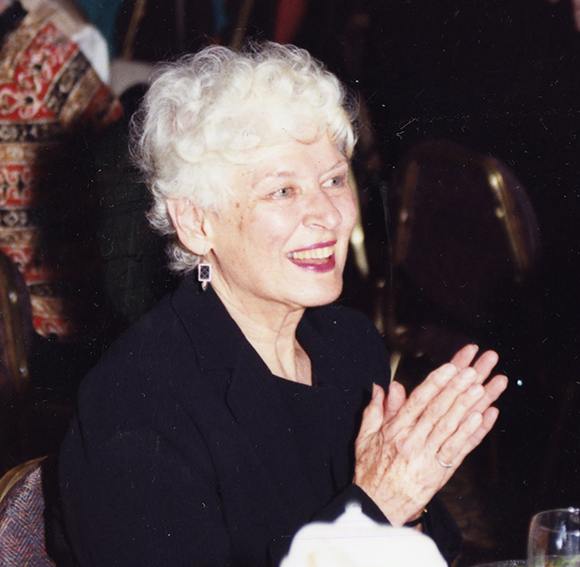 Gertrude Barnstone [1925-2019]
Gertrude Barnstone, a Houston-based actress, artist and activist born September 5, 1925, died on Monday, December 23. She was 94. Randy Tibbits of Houston Earlier Texas Art Group (HETAG) and Center for the Advancement and Study of Early Texas Art (CASETA) described Barnstone as a metal sculptor and glassworks artist full of exuberance and personality.

Our condolences go out to the friends and families of all the artists here, and those we missed.

Thanks for posting this well documented list. Missing is the wonderful George Grammer, the last of the iconic Fort Worth School of artists, who died in May, 2019, at 90. https://www.fwweekly.com/2019/05/21/artist-george-grammer-dies-at-90/

I would also add: Barney Smith, Alamo Heights/San Antonio who created the world famous Barney Smith’s Toilet Seat Art Museum in his garage for 25+ years. Barney died on July 23rd at the age of 98. One month after he successful transferred his entire museum of work to the Truck Yard in The Colony near Dallas. He was never really accepted by most of the art world (as he operated his own show on his terms) but everyone else loved him and Glasstire was kind enough to visit and write about him. Though I”m always baffled that he’s been left out of any Texas outsider art books. He was one of a kind, a prolific artist, and he shared his funny and creative “hobby’ with so many people over the years. Sad that his busy hands are at rest for ever now but he left a legacy! Go see his art in The Colony!

Don’t know how I missed the news of Michael Galbreth’s passing in October, but my too-belated condolences to Rainey Knutson and Jack Massing. Michael was a sweet man and a fine creative mind (and I’m not saying which of those may have been the finer quality). My life was much enriched for having known him and the world is much poorer with his loss. I’ll raise a glass tonight to his memory.