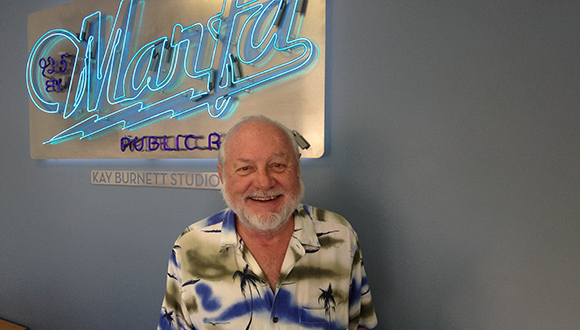 Bob “Daddy-O” Wade, a Texas artist (once described by the Fort Worth Star-Telegram as a “pioneer of Texas Funk and connoisseur of Southwestern kitsch”) has died. Wade, whose sculptures include such iconic works as Funny Farm Family, Worlds Largest Cowboy Boots, and the Fort Worth Zoo’s iguana sculpture (formerly installed at two locations in New York City, most prominently on the roof of the Lone Star Cafe on 5th Avenue), died of a heart condition on Christmas Eve. He was 76.

Wade’s work also included a process of enlarging vintage photographs onto photo-sensitized linen and adding airbrushed transparent layers of acrylic paint. For the last 25 years, Wade has been represented by William Campbell Contemporary Art (WCCA) in Fort Worth.

States Pam Campbell, co-owner of WCCA: “Bill [William] and I were so shocked and saddened to learn of Bob’s passing on Monday evening! He had been doing really well after heart bypass surgery a few months ago, so this was so unexpected.  We have been planning an exhibition for him for over a year to coincide with a book that is coming out about him in November. And the Cowgirl Museum & Hall of Fame [Fort Worth] has an exhibition planned for that time, too.” Campbell continues: “Bob often injected a bit of humor into the art world that often takes itself way too seriously. He will be remembered in so many ways! And we will always remember him with a smile and what he gave to all of us! We’re going to miss him!!!!” 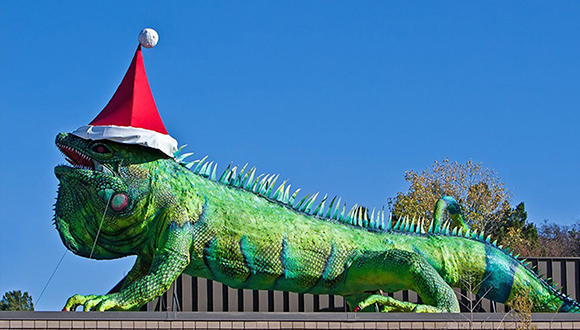 Bob Wade’s “Iggy” at the Fort Worth Zoo

“He was the recipient of three National Endowment of the Arts grants and has been included in Biennial exhibitions in Paris, New Orleans and the prestigious Whitney Museum of American Art in New York. Works by Bob Wade are included in the collections of the Menil Collection, the Houston Museum of Art, the Austin Museum of Art, the Chase Manhattan Bank, and AT &T. His work is also in numerous prestigious private collections throughout the world.”

Atlee Marie Phillips, Director of Texas Art at Heritage Auctions, and whose father Dutch Phillips was a Kappa Sigma brother to Wade, shared the following memories, which include Wagner blaring from speakers a la Apocalypse Now as Iggy was being installed at the Fort Worth Zoo:

“For me, Daddy-O and his art really epitomize the best of of the ‘Texas weird’ aesthetic. My favorite comment of the week was from a very old, very good friend of his who basically told me, ‘That son of a bitch. He just had to be a diva and die on Christmas Eve, so none of us would forget the date.'” Philips also recalled Wade’s public comments at a convention on Texas art. He said, according to Phillips: “Well, I had some profound and life altering things to say about Texas art, but we’ve gone way over time, and the Kentucky Derby starts in 10 minutes. I’ll be in the bar if anyone has questions.” 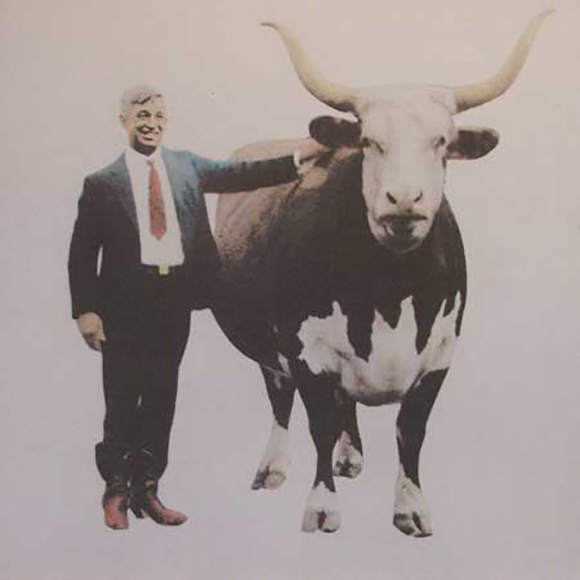 Beyond the upcoming exhibitions and book projects mentioned above, a few others books have been published on Wade’s works, including Ridin’ and Wreckin’; Cowgirls; and a biography titled Daddy-O: Iguana Heads and Texas Tales. A documentary on Wade’s career by New York filmmaker Karen Dinitz, Too High, Too Long and Too Wide, features images and discussions of Wade’s work and chronicles his road trip across Texas in his Iguanamobile. Wade’s work also appears in Texas Curiosities, a book by John Kelso featuring quirky Texas personalities and roadside oddities; and Texas Men: 100 Big Guns, Rising Stars & Cowboys, a book published in the fall of  2000.

Kitsch alert: Tango frogs are back!

I met Bob when I was a student at the University of St. Thomas in 1973. He was there to install one of his large floor pieces in the art department. We became fast friends. Bob was my major advisor in grad school at the University of North Texas, and he was instrumental in my efforts to complete my thesis project, Minnesota the tattooed pig. Bob and I were close friends for over forty years. His work is monumental, iconic, hilarious, and it always knocked the wind out of whatever pretension there was in the art world. He made people smile with his work, and he made them laugh out loud with his tall tales. When I remember Texas, I will always remember Bob Wade.

Bob was an inspiration to many people, he shared his great artistic talents freely. I deeply admired his perspective on adding humor to sculpture & art.