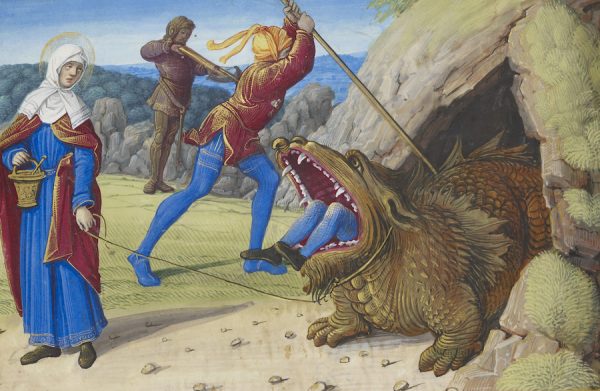 The medieval world was full of monsters.

Gargoyles crouched around the rooftops of churches. Dragon-like wyverns wended their way through the margins of illuminated manuscripts. From sculptures to textiles, from stained glass to illustrated pages, monsters — grotesque, repulsive, and abhorrent — reinforced social order through fear, terror, and dread. Monsters were propaganda.

More specifically, however, monsters were a warning about what happened when order was subverted. The literal meaning of “monster” can be traced back to two Latin verbs — monstrare (to show) and monere (to warn). When order was undermined, this rhetoric suggested, lurid, gritty, horrific chaos could ensue. And monsters would usher it in.

But whose order? In a world where social order meant keeping monsters at bay, it raises the questions of who was included, who was excluded, and who insured that order was kept. 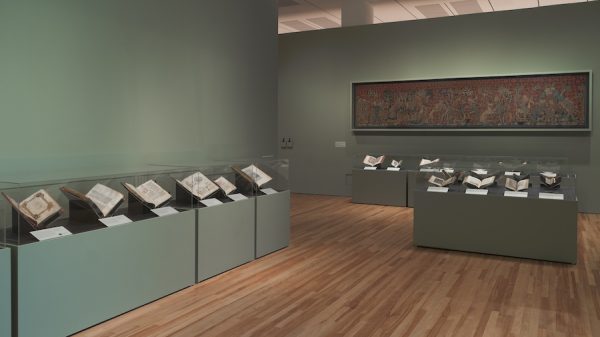 View of Medieval Monsters: Terrors, Aliens, Wonders at the Blanton Museum of Art, The University of Texas at Austin, October 27, 2019 – January 12, 2020

Medieval Monsters: Terrors, Aliens, Wonders, currently on view at the Blanton Museum of Art in Austin, examines the social role that monsters played in medieval Europe.

Drawing from the Morgan Library & Museum’s stunning collection, Medieval Monsters examines the monstrous through three specific themes: terrors, aliens, and wonders. From rulers, nobility, and the clergy to agrarian farmers and urban dwellers, monsters were part of everyday life. “They guard the edges of the normative, as hierarchies demand,” writer China Miéville describes in the preface to the exhibition’s accompanying catalogue. “Whatever they mean, they mean on behalf of someone.” 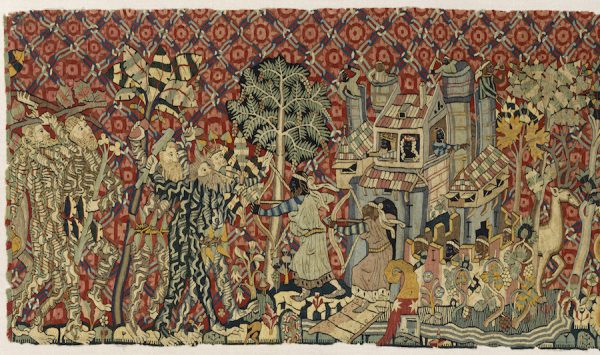 Medieval Monsters showcases sixty-one objects from the ninth through sixteenth centuries, the majority of which are rare books and manuscripts. The exhibition also includes the Tapestry with Wild Men and Moors (Alsace, Strasbourg) that dates to 1440, on loan from the Museum of Fine Arts, Boston, as well as the painting Saint Christopher Carrying the Christ Child Through a Sinful World, attributed to the circle of Hieronymus Bosch. As soon as visitors walk into the exhibition, they realize that this is a world where there be dragons — but there also be demons, giants and griffins, unicorns and cynocephali, mermaids and manticores. 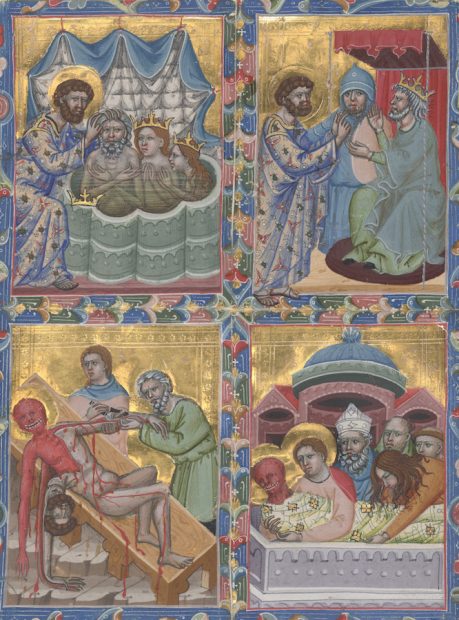 For some nobles or political elites, depictions of themselves (or figures they could identify with) as righteous heroes slaying terrors like dragons helped establish and reinforce their own social power. “Their ability to slay the most terrible monsters enhanced the prestige of the elite classes who wished to be identified with these storied champions,” curators Asa Simon Mittman and Sherry Lindquist point out in the exhibition’s catalogue. In St. Martha: Martha Taming the Tarasque, for example (image at top), we see Martha overcoming a half-animal, half-fish monster that killed people and sank ships; after Martha subdues the monster with holy water and leads it from its lair, a man plunges a spear into the fearsome creature while another aims his crossbow. The terror is slain, the hero is victorious, peace and order are restored.

Life certainly wasn’t easy in the European Middle Ages. Although people faced near-constant warfare, territorial conflicts, food instability, and diseases like the plague, “medieval artists and authors were capable of generating a great many more threats to worry about,” Mittman and Lindquist wryly offer. These threats were people who were alien — those who were foreign or exotic. 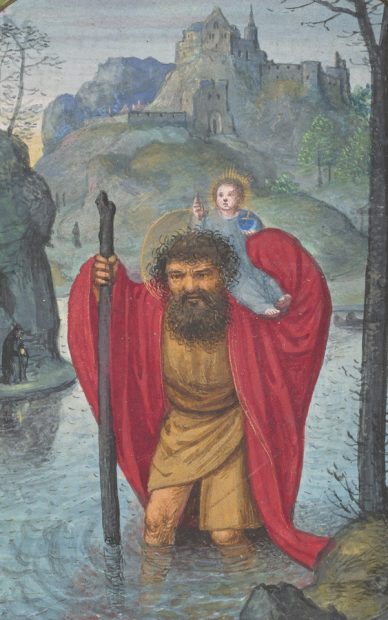 For example, the Tapestry with Wild Men and Moors, portrays “wild, hairy men” fighting with Moors — both caricatured as alien and dangerous. Saint Christopher Carrying the Christ Child Through a Sinful World (attributed to the circle of Hieronymus Bosch) depicts hybrid, horrifying figures. In the painting of Saint Christopher’s world, humans can only prevail against the monsters through God’s strength. Women were often depicted as traitorous “femme fatales” that caused humanity’s fall from grace in the Garden of Eden, or as impossibly — helplessly — holy saints. (In St. Margaret in Prison with the Dragon, for example, Margaret is able to pray the dragon to death, kneeling un-besmirched in her prison tower behind a reptilian bloodbath.) Jews and Muslims were demonized, and racist stereotypes abounded. The Others needed monsters, it would seem, to remind them of their social place. 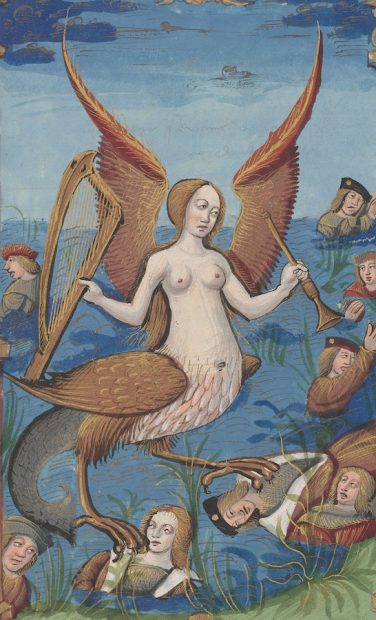 “Monstrous imagery was often associated with members of socially disadvantaged groups in order to suggest that they were less than human; such a strategy rationalized repression and could even be used to instigate violence,” Mittman and Lindquist explain. “In addition to the representation of nonnormative figures within European Christian culture, such as the mentally or physically impaired, whole groups of outsiders were also demonized. Representations of Jews and Muslims, whom Christians believed sinful for denying Christ, were made monstrous with exaggerated or animalistic features and graceless bodies.” 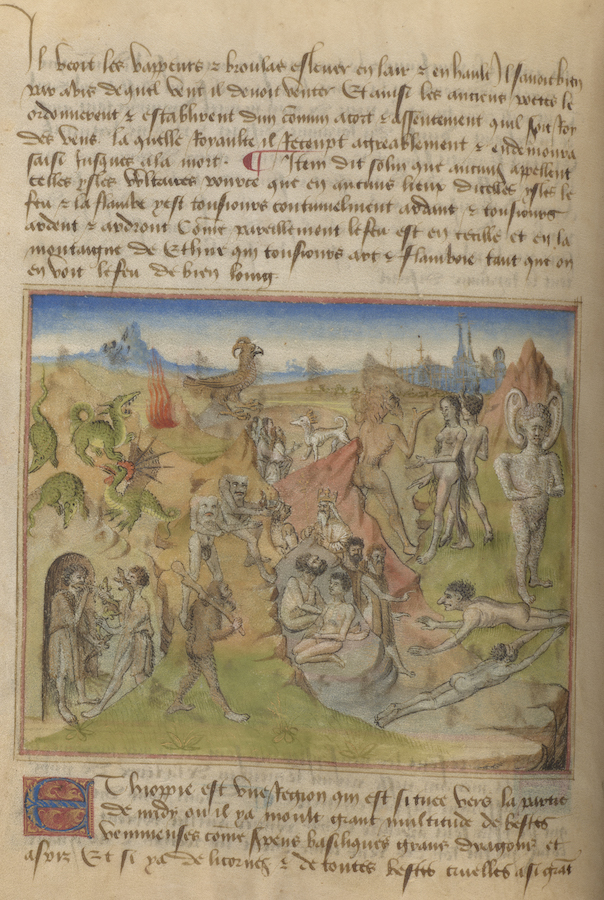 In each example of medieval monstrosity, there is a warning. Subvert order, the monsters suggest, and dire consequences will follow. But just whose order is being upheld and how shows that Europe of the Middle Ages was far from a welcoming place for those that society deemed as Them — as Others. 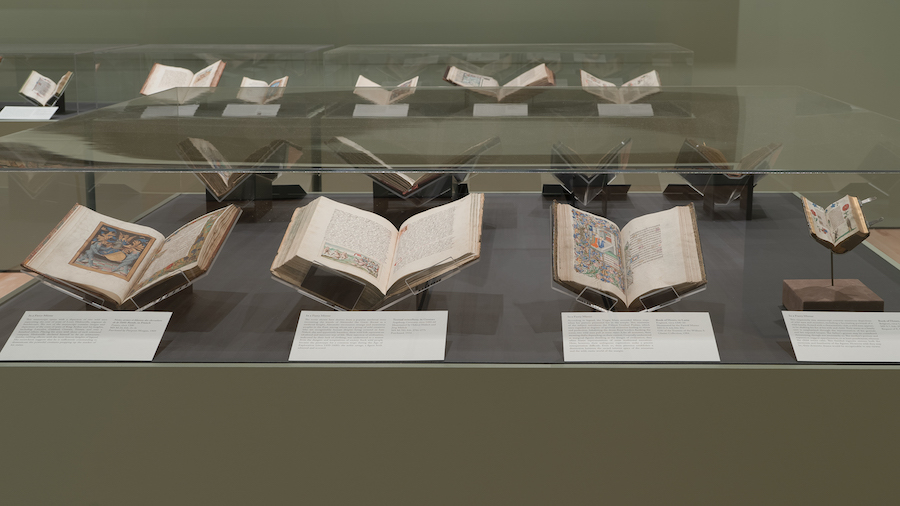 View of Medieval Monsters: Terrors, Aliens, Wonders at the Blanton Museum of Art, The University of Texas at Austin, October 27, 2019 – January 12, 2020

The story of monsters doesn’t end in the Middle Ages. Medieval monsters were the precursors to Renaissance cabinets of curiosities, the gatekeepers of alchemy in subsequent centuries, and offered particular tropes of wonder and spectacle for travelers to invoke. What were “monsters” in the bestiaries of the Middle Ages became inventoried animals as Europe expanded knowledge of the rest of the world.

But where monsters might have given way to marvel, they have endured for millennia in their mystique. “Monsters … still serve as the ultimate incorporation of our anxieties  about history, about identity, about our very humanity,” scholar Jeffrey Cohen argues in his book, Monster Theory. “As they always will.” 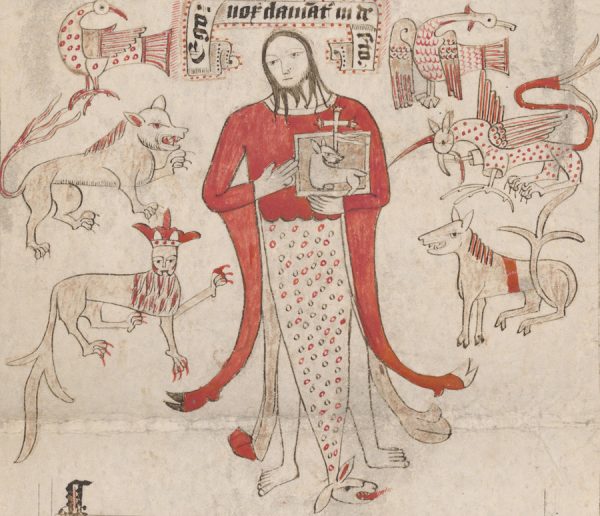 Medieval Monsters: Terrors, Aliens, Wonders reminds us that monsters have incredible staying power. Although we are centuries removed from the monsters of the Middle Ages, we live in a time of frightful imagery and political rhetoric that invoke all of the themes of medieval monstrosity. The social power of monsters is just as real as it was more than a thousand years ago.

‘Medieval Monsters: Terrors, Aliens, Wonders’ is organized by the Morgan Library & Museum, New York. The Blanton presentation in Austin is organized by Holly Borham, Assistant Curator, Prints & Drawings, Blanton Museum of Art. It is on view through Jan. 12, 2020.