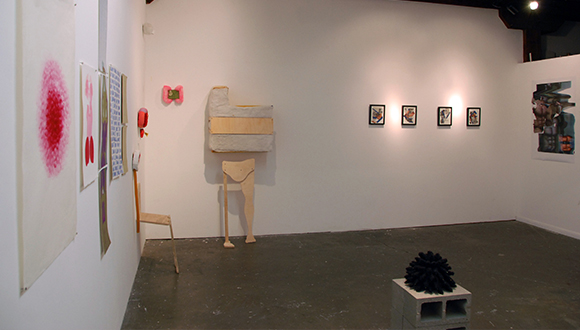 Queer Me Now: The Queer Body & Gaze, an exhibition at Dallas’ 500X which opened on December 7, was taken down by the organization on December 9 in response to an alleged email from the organization’s building management, the Gibson Company. The exhibition featured works by artists Joshua Bryant, Jer’Lisa Devezin, Steven Hector Gonzalez, Christian Roman, and Gem You. The building that houses 500X, at 500 Exposition Avenue, is also a residential building with a number of apartments; residents of the building walk through the public spaces to get to their apartments, and the public spaces are the areas of the building that 500X programs. In a statement on an Instagram account listed as 500X Gallery, the organization announced that it had taken down the show:

“We are very sad to announce that we have to discontinue the showing of works from the Queer Me Now exhibit. Our gallery is in a shared, living space with tenants. Due to the mature content of some of the pieces in the show, the building’s management requested the works to be removed from view.” The post continues: “500X Gallery supports the decision since we do not wish to cause any discomfort and uneasiness amongst residents and their guests. We have no other choice but to comply with management’s request. We were incredibly happy with the turnout during opening weekend and how our space was used as a platform for artists making work of this nature. We will send an update if we are able to offer alternative viewing opportunities for the works involved. Thank you.” 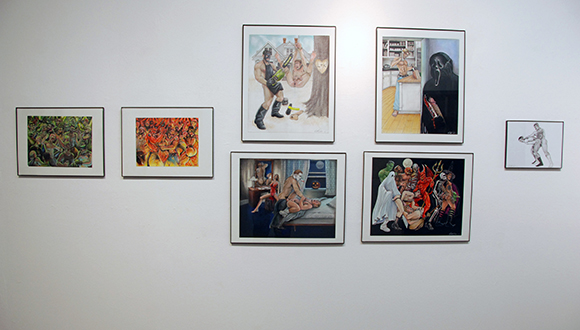 We reached out to Narong Tintamusik, Queer Me Now‘s curator, and he wrote of the alleged email from the Gibson Company. “On Monday morning (December 9) at 8:15 am, we received an email from the landlord, Gibson Co, saying the work had to be removed by the end of the day or they would remove it for us,” Tintamusik wrote in an email to Glasstire. “They mentioned that since our gallery is within a shared, public space, the works are not appropriate and never will be approved by them. 500X removed the pieces from view later that same Monday night. We personally de-installed the exhibit due to the possibility of the handling damages to the works and being evicted.”

Glasstire reached out to representatives of the Gibson Company for a response, and they declined to comment.

Tintamusik also stated that the alleged complaint did not specify a particular work, although some of the pieces in Queer Me Now were “very explicit imagery of homosexual relations and desire,” he stated. “We are both frustrated and deeply saddened that this happened to us.”

For more on this from Glasstire, read William Sarradet’s op-ed here.

For more on 500X, please visit its website here.

UPDATE: Two Things You Should Know About 500X...