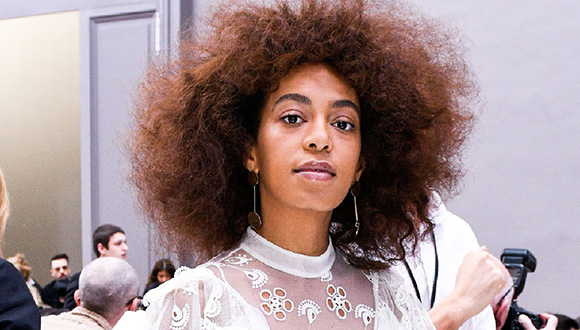 Grammy Award-winning singer/songwriter, visual artist, and Houston native Solange Knowles is the inaugural recipient of the Lena Horne Prize for Artists. According to Colorlines, this “is the first major entertainment award named after a woman of color that honors excellence at the intersection of arts and activism.” Knowles will be honored at Town Hall in New York City on Friday, February 28, 2020 at a special event where she will receive the $100,000 prize. Houston’s Project Row Houses will benefit from the total cash prize, furthering its mission as a catalyst for transforming communities through the celebration of art and African-American history and culture.

“I am beyond humbled to be the first recipient of the Lena Horne Prize,” said Knowles in a statement, via Broadway World. “I will never forget being a young girl and the impact of hearing the great Lena Horne so radiantly and powerfully singing the words ‘believe in yourself’ from that remarkable moment in The Wiz. I have carried it with me closely my entire life. At the age of 12, I played this very role at the Ensemble Theatre in Houston, Texas and it was then I learned about Lena’s dedicated activism and fearless integrity as a woman and groundbreaking artist. I am honored to be receiving an award that bears her name and continue her legacy of using the arts to inspire reflection and evoke change.”

In a statement on its Instagram page, Project Row Houses responded to the generous gift: “We would like to extend our warmest congratulations to GRAMMY Award-winning singer/songwriter and Third Ward native Solange Knowles (@saintrecords) for her recognition as the inaugural recipient of @townhallnyc’s Lena Horne Prize for Artists Creating Social Impact. As part of the award, Solange will receive $100,000, which she has graciously chosen to be directed to our organization! We are grateful to Solange for her generosity and continued support. Thank you for seeing us, we definitely see you! #blackexcellence.”

Knowles was selected for using her platform to promote social change. The jurors, who are The Lena Horne Prize Advisory Board,  selected Knowles. They include Harry Belafonte; Billy Porter; Judy Collins; Deesha Dyer; Roxane Gay; Dolores Huerta and others.