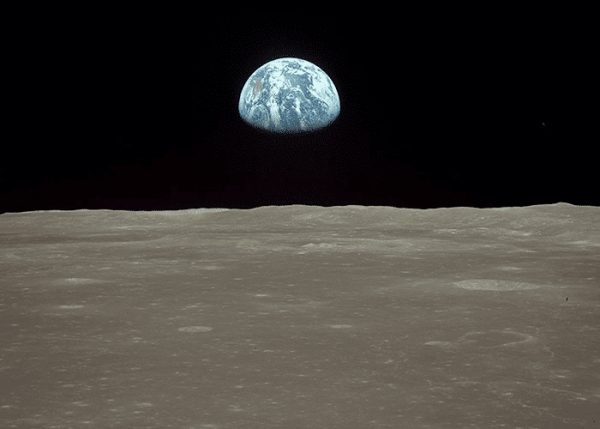 Journalist, film director, screenwriter, and true Texas character Al Reinert (1947–2018) died at his home in Wimberley last New Year’s eve, just shy of the 50th anniversary of the Moon landing and the 30th anniversary of his influential film chronicling the Apollo missions to the Moon. On Saturday, November 16 at 3:30 PM, the Houston Cinema Arts Festival will present a special screening of For All Mankind (1989) at Rice Cinema, followed by a conversation between Glasstire contributor Peter Lucas and the film’s producer, Betsy Broyles Breier.

Reinert began writing as a young police beat reporter for the Houston Chronicle in the early 1970s — a job he secured when his probation for a marijuana arrest required him to have steady employment. After his left-leaning politics got him fired from the paper, Texas Monthly’s founding editor William Broyles Jr. hired him as a contributing editor for the new magazine. Reinert wrote a number of articles for Texas Monthly during its first decade, and would go on to contribute to Rolling Stone, Esquire, and The New York Times Magazine. But it was his first Texas Monthly story, “So Long, Cosmic Cowboys” (March 1973) that set in motion a lifelong fascination with the human side of space exploration. Rienert interviewed Apollo astronauts and found that their recollections were not what he’d expected. “Apollo had always been portrayed as going to the moon. It never occurred to me that that’s really secondary,” Rienert told the L.A. Times in 1990. “What was really meaningful to these guys, if you talk to them, what sticks in their minds, was leaving the Earth… What I heard from all these men was the story of a spiritual journey much more than a technical achievement.” 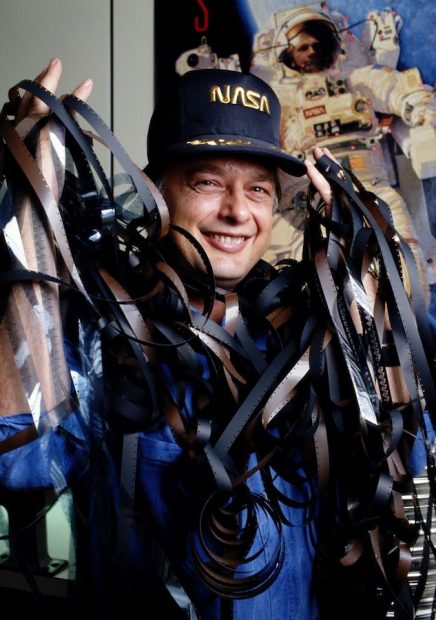 Though he had no film experience, Rienert embarked on an ambitious, independent film project about the Apollo missions that would end up taking nearly a decade to complete. In the process, he found and enlarged a treasure trove of never-before-seen film footage in the NASA archives, and presented the endeavor in a dazzling, new way. The film condenses footage of all of the Apollo missions into one journey, and combines it with pieces of audio interviews with Apollo astronauts and an ethereal original score by Brian Eno. Completed in 1989, For All Mankind won the Grand Jury and Audience prizes for Best Documentary at the Sundance Film Festival, and was nominated for an Academy Award. (Reinert’s second Oscar nomination would be for the screenplay of the movie Apollo 13, co-written with his former Texas Monthly editor Bill Broyles.)

Though there has been no shortage of Moon landing celebrations this year, For All Mankind is the definitive cinematic experience of that giant leap, and begs for big-screen viewing. The festival’s upcoming screening at Rice Cinema is a homecoming for the Houston-made film, being the first showing in Houston since Reinert’s passing and during this anniversary year. The post-film discussion will touch on Reinert, the making of the film, and its lasting impact. The audience will then be invited to view Moon Shot, an exhibition at the nearby Moody Center For The Arts that includes, among other works, Robert Rauschenberg’s Stoned Moon series (1969-70), Andy Warhol’s Moonwalk (1987), and Laurie Anderson’s virtual reality work, To the Moon (2018).

‘For All Mankind’ (1989) screens at Rice Cinema, Houston on Saturday, Nov. 16 at 3:30 PM, followed by a conversation between Glasstire contributor Peter Lucas and the film’s producer, Betsy Broyles Breier. Find tickets and more info here.