Art that Heals: Works at University of Texas Southwestern 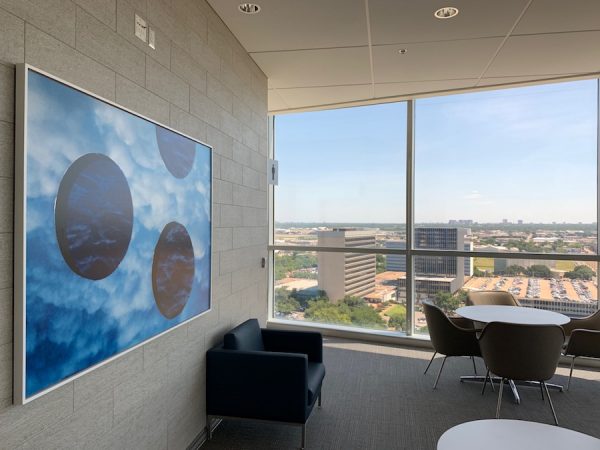 Visual art heals. Taking inspiration from Cleveland Clinic, since the 1920s one of America’s largest and most reputable hospitals with an art tradition, Dallas friends of University of Texas Southwestern has introduced a stunning collection of contemporary art in its new William P. Clements Jr. University Hospital.

“Fine art is good medicine,” reports Cleveland Clinic’s Executive Director and Curator Joanne Cohen, who oversees a 7,000-piece art collection. From this stimulus, in 2012, a small committee led by former Dallas Museum of Art Director Bonnie Pittman went to work, eschewing professional art consultants in favor of a more substantive approach. Dr. Jeffrey Grove, former Chief Curator of Contemporary Art at Dallas Museum of Art, joined appointed committee members: Nasher Sculpture Center Director Jeremy Strick, and serious art collectors Gay Solomon and Deedie Rose. Rose states, “I was very impressed by the hospital’s approach to art: The team who chose and placed it, led by the particularly fine curator Grove, were advised by people with expertise and data on better health outcomes involving different kinds of art. How great the hospital leadership recognized that art could be used in achieving this goal.” 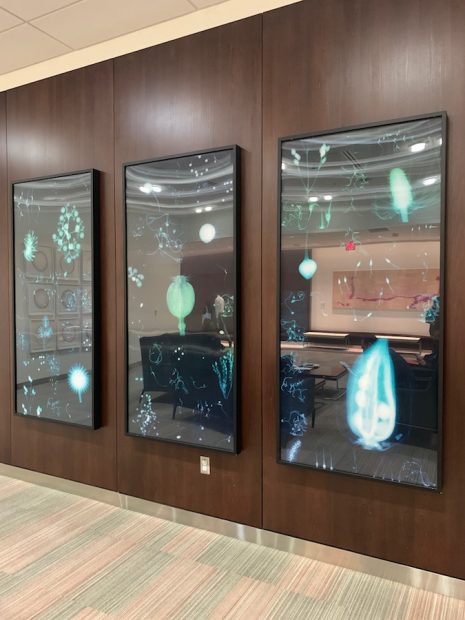 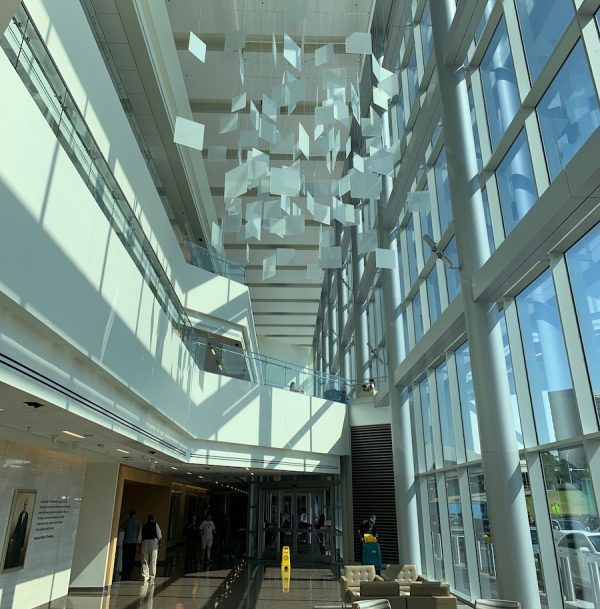 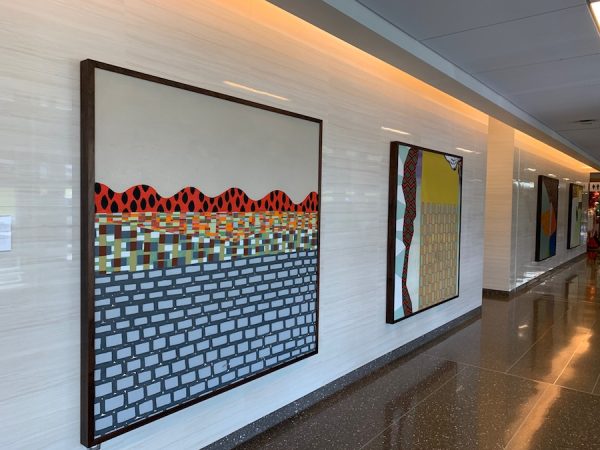 The curators have extensively searched statewide talent and acknowledged area galleries, with half the art created by artists living in or from Texas. Upon entering middle building, you find some of the largest works on view, Untitled 4 Works (2008-9) by Dallas artist Ludwig Schwarz. In four oversized paintings, Schwarz’s patches of color straddle abstraction and figuration and show subtle influences of Matisse. Hung low on the wall, the artwork follows the viewers’ path down the hall. 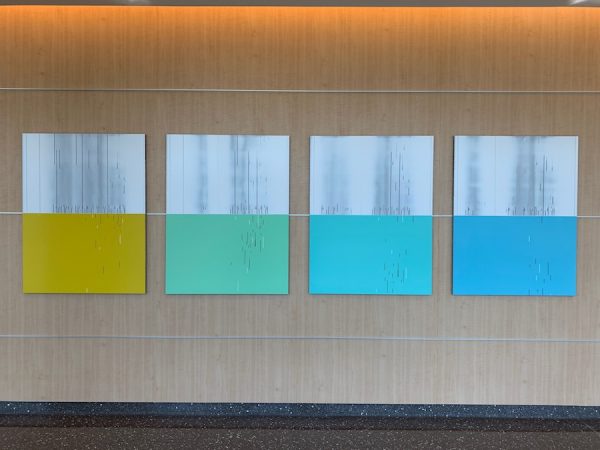 On floor two, computer tricks enliven work by Dallas artist John Pomara’s Off Key 10 from 2012. In four panels of oil enamel on aluminum that split the surface in two separate areas — half flat, half patterned — Pomara sets his strokes and dashes as evidence of the digital age. His artistic approach fuses art, science, and technology capturing the “glitches,” as he calls them, because the printer malfunctioned. This work balances digital photography with his abstract painting. (As Pomara explains, “I’m a new media artist who keeps on painting.”) 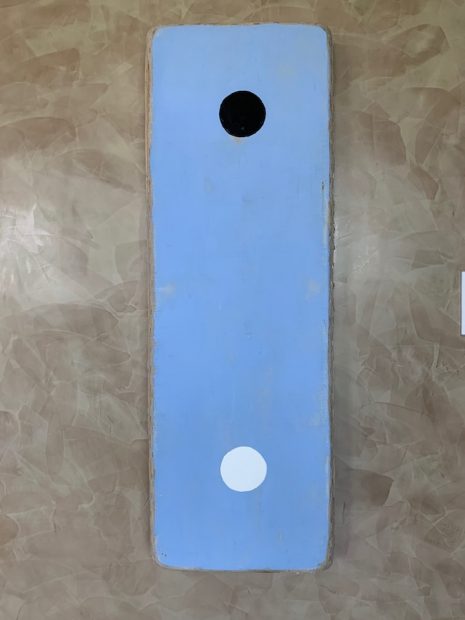 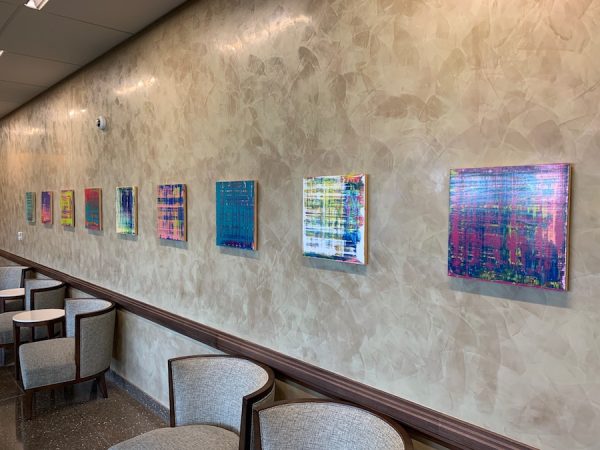 Art had previously found a home at the opposite end of the complex, in the Zale Lipshy University Hospital. In the late 1980s, Dallas philanthropist Margaret McDermott began collecting textiles in preparation for the hospital’s opening, guided by Dallas Museum of Art curator Carol Robbins. Then in 1996, McDermott donated Indonesian textiles and 20 pieces of African blankets and rugs for the lobby. Her daughter, Mary McDermott Cook, says, “My mom has a great eye, and it gave her a chance to continue to collect.” 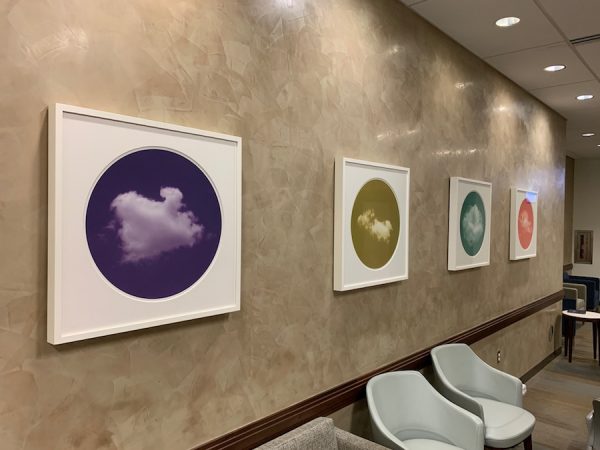 You don’t have to be poor health to visit the art in the new Clements building. The hospital’s first three floors are free and open to the public, and nearby parking is reasonably priced. The hospital sits in the northwest quadrant of Harry Hines Boulevard and Inwood Road, which is now completely occupied by Southwestern buildings. 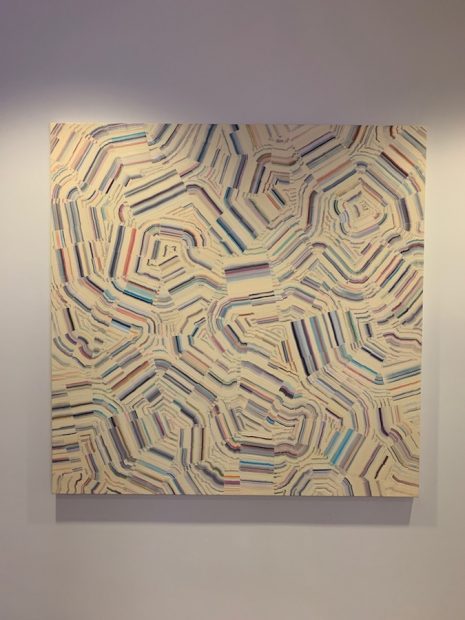 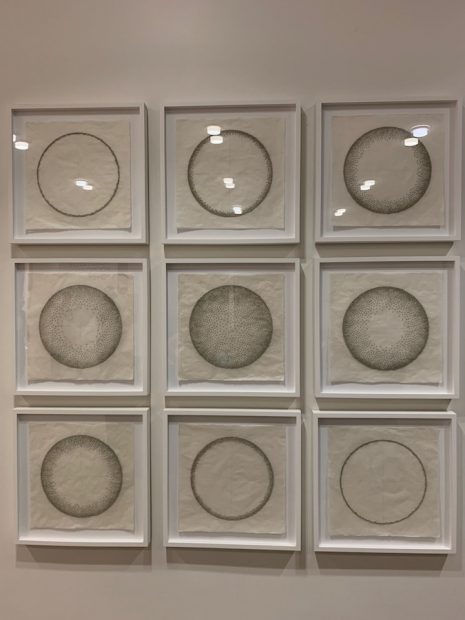 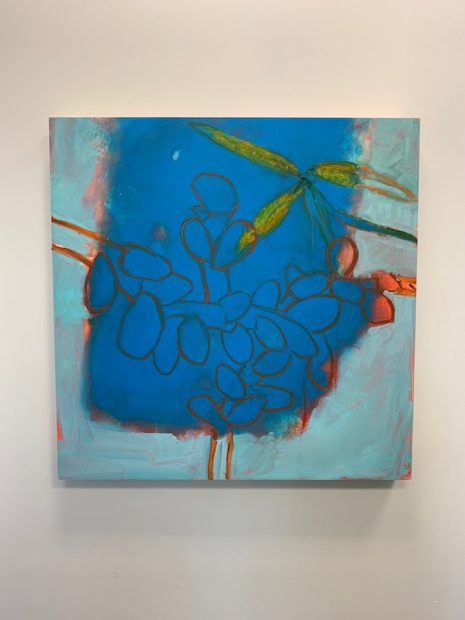 “The Southwestern Medical Hospital project has set a new bar for what a health care space can be,” says Dallas art advisor Alan Simmons. Adds co-advisor Lindsey Carneal: “Having the opportunity to work with artists of this magnitude has impacted how we proceed in projects of this caliber going forward.” More than $3 million made the current acquisitions possible. Building 3 opens in fall 2020 and will be outfitted with another 1200-1500 artworks, yet to be selected.

Joan Davidow is the Founder|Director of SITE131 Foundation, Dallas

I have had the opportunity to view quite a bit of the art in UTSW’s various buildings. I have been impressed with the quality of the painting and sculpture that is installed in both very public areas, but also in less populated corridors, waiting rooms and even small examination rooms. After being much less impressed with the photography in the collection, which is ALL pretty much poor quality pastoral landscapes (yes, I know the hospital is about healing) I came to ponder abstraction anew. Obviously the hospital wants works that are by definition innocuous. So now, in this context, though beautiful designed and executed, these abstract works loose so much of their conceptual punch. But most of all I wish they obtained better quality photographic images. Even if they must be “nature” just not all poor resolution garden scenes, pretty flowers or seascapes please! Still I think the support of local artists is great!

Oh, can I offer a retraction and mea culpa? Just yesterday, visiting other utsw buildings, I saw some very acceptable and even exciting photography. My earlier disparaging comment was made from seeing photographs installed in corridors and exam rooms in older buildings, like Aston. I still think it interesting to consider the criteria for how work is considered appropriate for the collection. Healing, decorative, abstract, pastoral, uplifting? The hospital context changes our perception of the work.