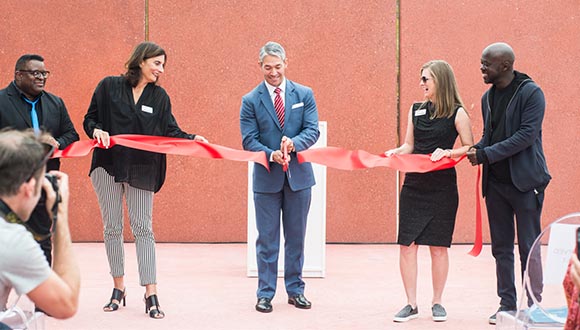 The Linda Pace Foundation’s new museum, Ruby City,  opened in San Antonio last weekend (October 12-13). Designed by architect Sir David Adjaye OBE, Ruby City’s design is loosely based on a sketch and description dreamed up by Linda Pace before her death in 2007. As described by Foundation trustee Kathryn Kanjo in June 2017 at the announcement of the ground-breaking of Ruby City: “A sparkling crimson building appeared to Linda in her sleep. Using colored-pencil, she sketched the fanciful image and shared it with David Adjaye. With his bold sense of volume and materials, David has interpreted Linda’s dream city into a faceted, beckoning form, a Ruby City.” 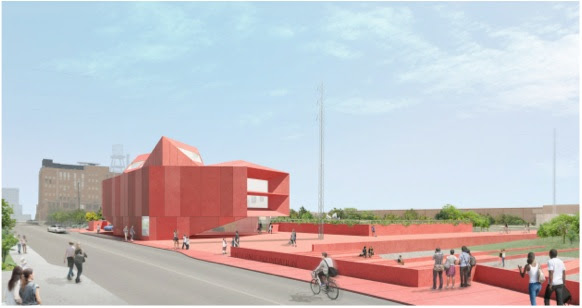 The much-anticipated christening of Ruby City, which we previewed on July 13, began with a panel discussion featuring Kanjo, Adjaye, and artist Isaac Julien CBE RA. The Saturday discussion in Chris Park (which was opened in 2005 to celebrate the life of the late Christopher Goldsbury, the son of Linda) focused on the decade-long work to turn Pace’s vision of Ruby City into reality. 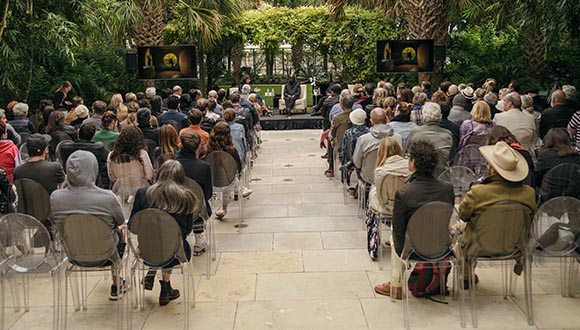 The Saturday opening of Ruby City was attended by 1,200 visitors, some of whom were present for a ribbon-cutting ceremony with San Antonio Mayor Ron Nirenberg , Adjaye, Julien, and Foundation trustees. 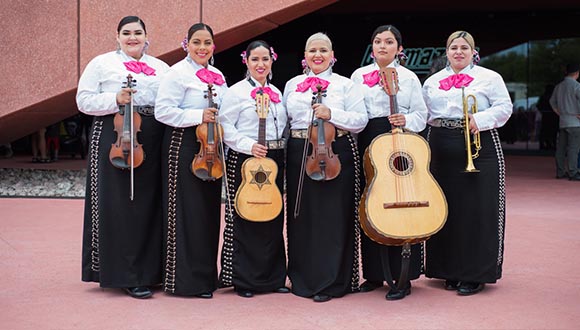 Musicians of Las Damas de Jalisco mariachi played for visitors, and the galleries were opened to the public. 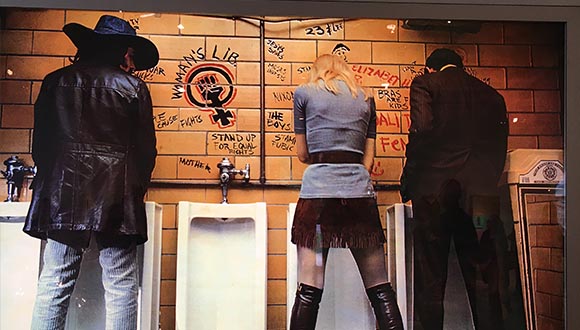 In the collection: Andrea Bowers, Your Whole Fucking Culture Alienates Me, 2006

“It’s a pretty powerful feeling being a part of something that the whole city is embracing whole-heartedly,” says Randy Guthmiller, Manager of Visitor Experiences at Ruby City. “We’re filling a contemporary art void, in term of institutions, and you can tell the community here is hungry for it. Luckily we have a very thoughtful exhibition curated by Kathryn Kanjo, one of our trustees, and David C. Copley, Director and CEO of the Museum of Contemporary Art San Diego.” 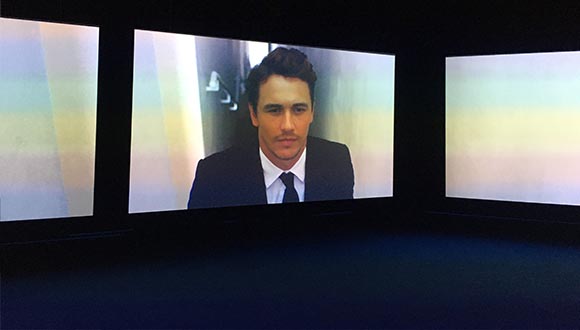 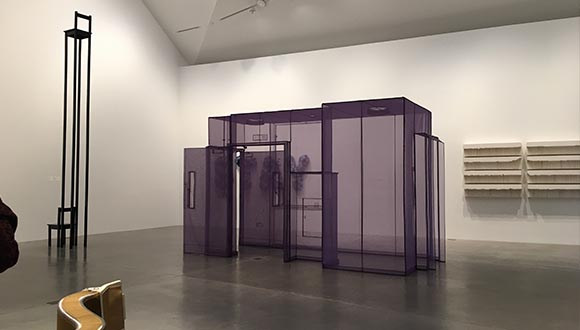 Installation at Ruby City. Center: work by Do Ho Suh