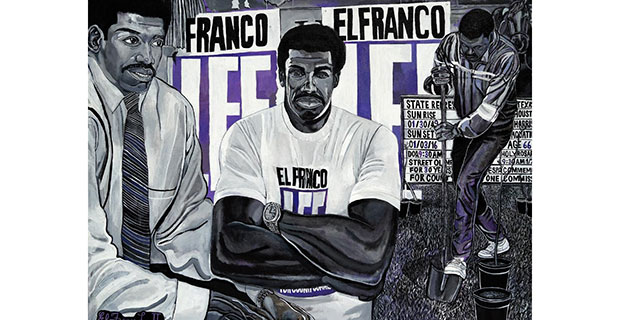 Mystic Lyon, the Fifth Ward art space in Houston, will exhibit new work from El Franco Lee II in a show titled Lee’s Congo Barre (“Barre,” like the cough syrup, because… Houston), a changed spelling of Lee’s late father’s business, Lee’s Congo Bar. Lee’s father, the original El Franco Lee, was also Harris County Commissioner, and the works’ focus is on the Fifth Ward. The outdoor exhibition will be on the corner of Lyons Avenue and Mystic Street on Saturday, October 19, with a reception from 6-9 pm, and remain on view through February 29. 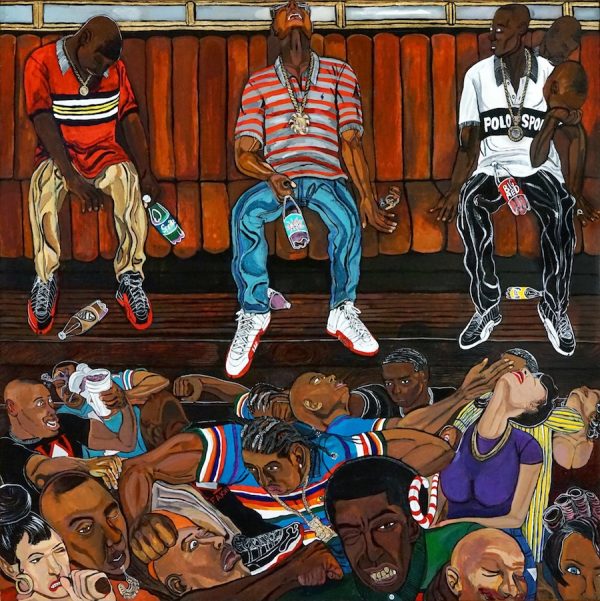 Says Lee: “By keeping a mental and physical log of my opinions on what drives urban ambition from a Southern American aspect, I’ve gained interest in depicting real-life events with startling content, unorthodox depth, and acute attention to detail.”

Mystic Lyon founder and curator, Emily Sloan, adds: “For this exhibition, El Franco will be sharing some new work mixed in with some classics. We will be changing the paintings in the window every few weeks, so there will always be something new and intriguing to see.” 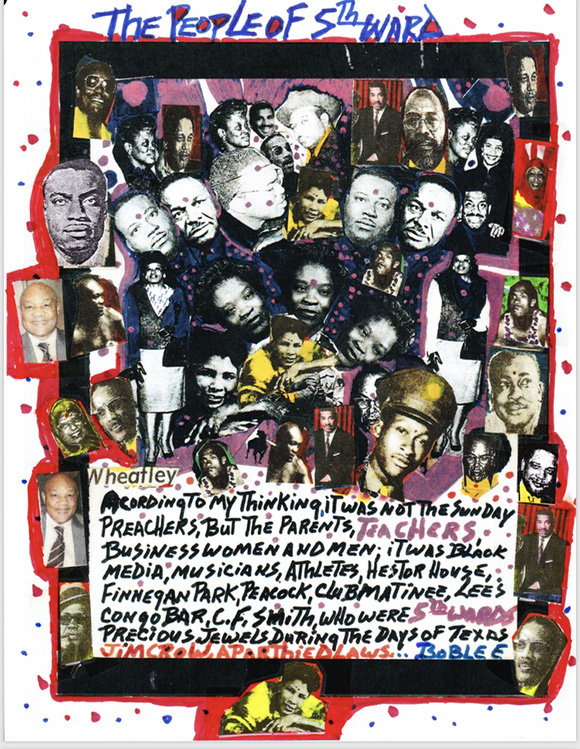 Among the events while the show is up are several Happy Hours with the El Franco Lee II. Lee’s Congo Barre will also feature political collages from the late Bob Lee, uncle to El Franco.