San Antonio-based artist Michael Menchaca will give a talk at Houston’s Lawndale Art Center on Saturday, October 19 at 1 pm. The lecture, titled  “Silicon Valley: The Seduction of Radical & Surveillance Capitalism,” is based on The Codex Silex Vallis (The Silicon Valley Codex), Menchaca’s site-specific wallpaper based on his latest works on paper series at Lawndale’s John M. O’Quinn Gallery.

The project is the result of research the artist conducted for his National Association of Latino Arts and Cultures (NALAC) Fund for the Arts grant project. Topics explored will include how Silicon Valley tech giants have impacted the social fabric of Latinx families in the United States, and how Silicon Valley corporations utilize Surveillance Capitalism and Radical Capitalism to monopolize human behavior in the 21st century. 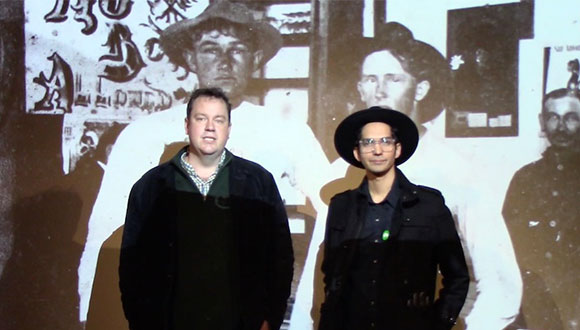 Menchaca describes his work (reviewed in recent years here and here by Glasstire) as: “…blending the framework of ancient Meso-American codices, European Bestiaries, and Japanese Video games with the seductive digital interfaces of Surveillance Capitalism.”

The National Association of Latino Arts and Cultures...