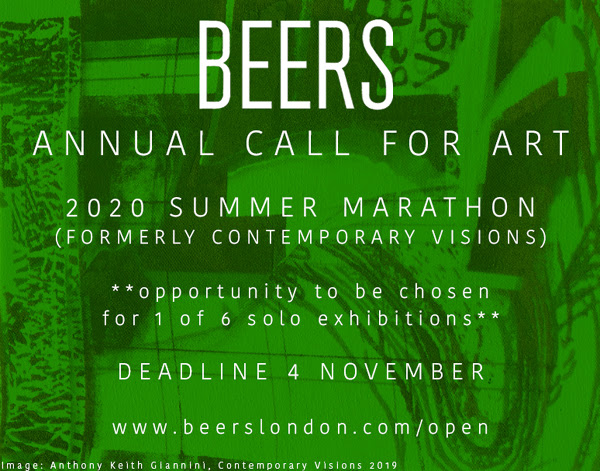 BEERS London, a commercial gallery space in London, England, presents its annual open call (now in its 10th year) which has merged with the Summer Marathon; the inaugural Summer Marathon in 2019 presented international artists in back-to-back solo exhibitions.

Artists anywhere in the world can submit an application, and at least six selected artists will exhibit in one-week solo exhibitions at BEERS London in East London during the 2020 Summer Exhibition.

Artists working anywhere in the world, at any stage of their career, are invited to apply.

All media is accepted. Including painting, photography, sculpture, video, and all two-dimensional and three-dimensional work, new-media and any non-traditional media. Work is recommended to be from 2018 or later.