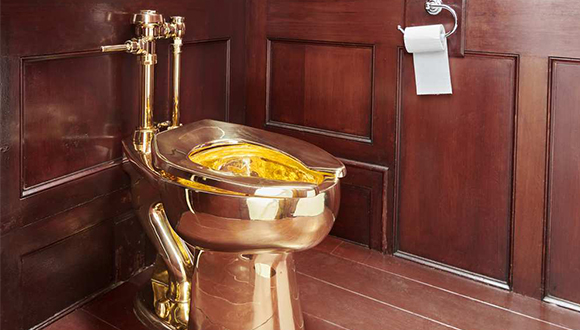 In our second story about poop-related sculptures this week: America, the solid gold toilet by artist Maurizio Cattelan was stolen a little more than two weeks ago from Blenheim Palace in Oxfordshire, England. As of this writing, the thief has managed to evade authorities. We first wrote about America when it was installed at the Guggenheim in New York two years ago, and again when Guggenheim curator Nancy Spector offered it up to the White House instead of Vincent van Gogh’s Landscape with Snow (1888). After this recent heist, Cattelan was quoted by Blenheim in a meme posted to its Facebook page: 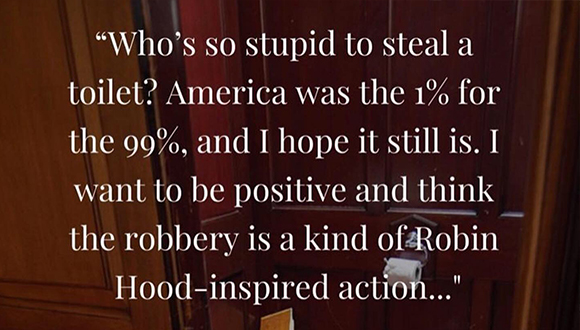 There has been speculation  that Cattelan himself may have been behind the commode caper, as proposed in W Magazine, including an image of Cattelan’s Untitled, 2001, no doubt offered to fuel such speculation. But Cattelan was quick to deny the line of thinking that it was a Bansky-esque prank: “I promise I have an alibi for the night,” Cattelan is quoted in a New York Times piece from when the story broke. (We believe him.) 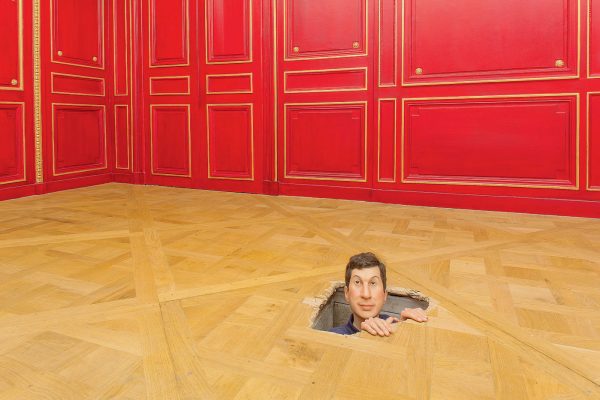 The gold in the 18-carat gold toilet could be worth as much as $4 million dollars.

The toilet was only one of the works in Cattelan’s solo exhibition at Blenheim, titled Victory Is Not An Option, which the artist describes as “One Percent Art For The Ninety-Nine Percent.”

For a Texas extra on Cattalan, Houston’s Menil Collection featured his work in 2010, and you can read a review of that exhibition here.

Both Art Lovers AND Haters Look Forward to...