This and That: Slant Step & Squatty Potty

This year marks the 50th anniversary of the publication of the Slant Step Book, which celebrated the legendary Slant Step, an oddly-shaped object that played a seminal role in the 1960s art scene in San Francisco. The Slant Step, an otherwise unremarkable object that looked like a worn footstool covered in linoleum, captured the imagination of artists because it was angled downwards at 45 degrees, making it impractical as a functional step. But clearly someone had used it, and used it well: 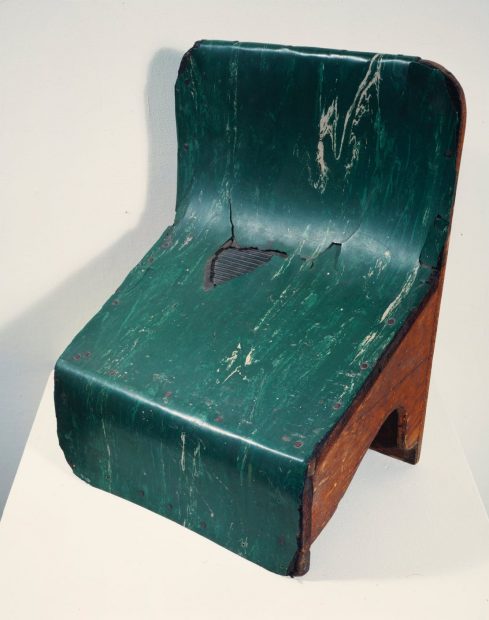 The Slant Step was celebrated in Bay Area exhibitions in 1966 and 1967, and over the years it has inspired many versions by other artists. Like a Surrealist or Dadaist sculpture, the Slant Step’s mystery fed its allure (for more on the subject, read Gordon Hill’s elegant observations in a 2016 essay he wrote for the Walker Art Center).

The original black-and-white Slant Step Book has long been out of print and now fetches $1,500 and up, but this year it has been reissued with a new companion volume by the Verge Center for the Arts in San Fransisco, in conjunction with their exhibition Slant Step Forward (through October 27). 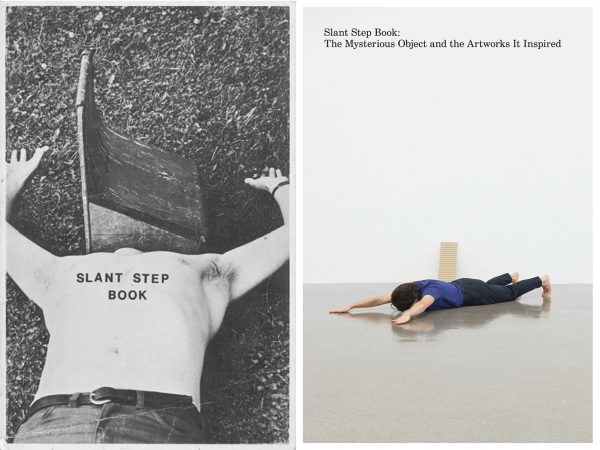 All of which is terribly exciting for fans of the Slant Step. But the really stimulating news, which we missed when it was first reported in 2014 by LA Times critic Christopher Knight, is the true nature of the Slant Step. The critic Peter Plagens discovered an email from the playwright William Witherup (who conceived of the original Slant Step show in 1966), to Bruce Nauman:

“We did not know at the time,” Witherup wrote, but the Slant Step was made to — well, I can’t use his exact language. Let’s just say it is a footrest meant to be used when seated on the toilet, in order to improve the sitter’s posture for excretory fitness.”

Which means that the Slant Step was a homemade version of one of the greatest mass-produced inventions of the 21st century, the Squatty Potty!

Which yet again proves that nothing is new under the sun. Or, as Alex Blasdel phrased it in a thoughtful article for the Guardian, “It does seem plausible that the Squatty Potty might return us to a sort of pooping Eden.”

The Verge Center for the Arts is in Sacramento, not SF. None the less, love Glasstire!
– Sandra from Sacramento.