Design for Design’s Sake? Elmgreen & Dragset at the Nasher 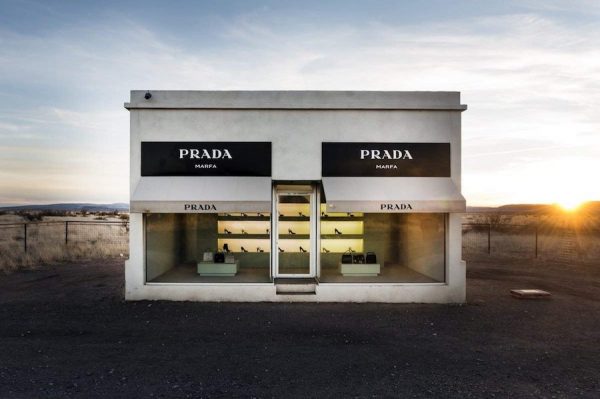 For most people familiar with the work of Scandinavian sculpture duo Elmgreen & Dragset, their first encounter with the work is Prada Marfa. The non-functioning Prada storefront way out in West Texas made waves online in 2005, just a few years before Facebook and then Instagram mediated the way we discover… well, just about anything. Back when it was first installed 25 miles outside of Marfa, you’d find something striking on a blog or a forum, click on it, and discover that thousands of people were chatting about it. For Prada Marfa, this was part of the intrigue. So, it’s not an actual Prada store? And: Why is it in the middle of the desert? Do the doors even open? (Answers: No; because it’s art; no.) 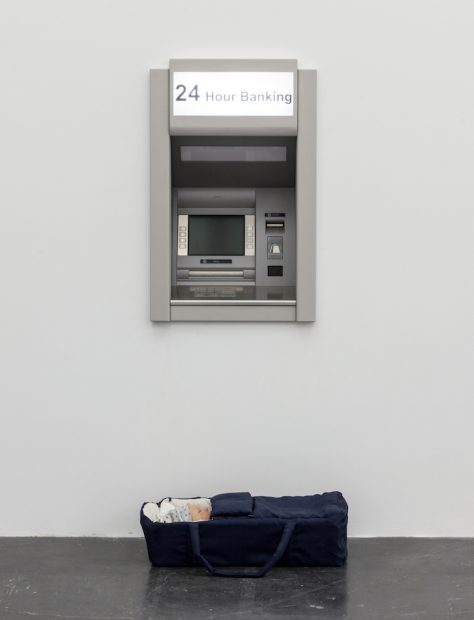 Excitement mounted in these parts when the first museum show by the duo in the United States was announced for the Nasher in Dallas. It would be an entire exhibition of works visited upon the same state where the mystery began for so many.

The narratives tied to these works aren’t as surprising as Prada Marfa. The artists gravitate toward themes of contradiction, denial, and the puzzle of masculinity. The works are capable of circuitous mental traps, though they don’t withstand a lot of conversation around them. When you can say something just as well as it can be shown, then the object starts to feel redundant. It’s a problem familiar to message art, slogan art, and conceptual-art-lite. For example, the work One Day (2015) features a young boy staring up at a rifle encased in a shadow box. Thinking of it as a metaphor for the dangers of masculinity feels less poetic as of late. And having easy answers to the riddle makes it a short riddle. 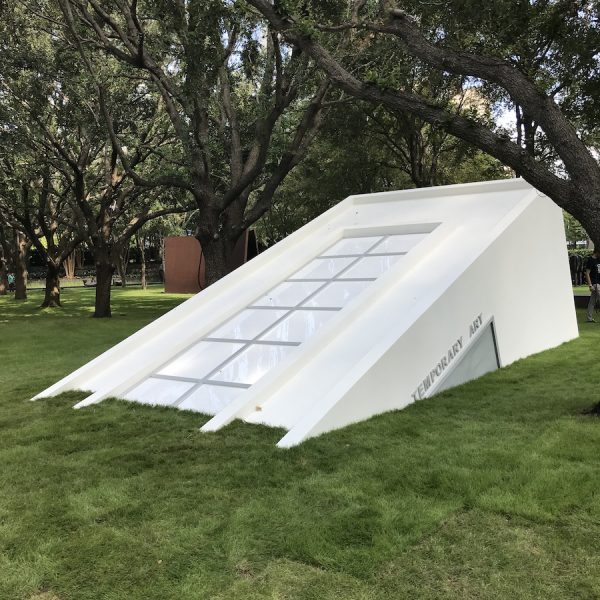 The show is an iterative reimagining of the duo’s works, in conversation with each other, in a site-specific location. The work can be fun to think of in this way: Modern Moses tracks well in a finance city like Dallas. The iceberg behemoth of Traces of a Never Existing History/Powerless Structures, Fig. 222 sits comfortably, half-buried in the garden lawn of the Nasher. But, with this show, as much as the artists attempt to test the provisions of a white-wall museum space, the feeling that you’re in a museum looking at well-insured art is hard to escape. It’s enough to make one wonder: Is it more interesting than design for design’s sake? Perhaps asking the questions is better than getting the answers.

‘Elmgreen & Dragset: Sculptures’ is on view at the Nasher Sculpture Center, Dallas through January 5, 2020.