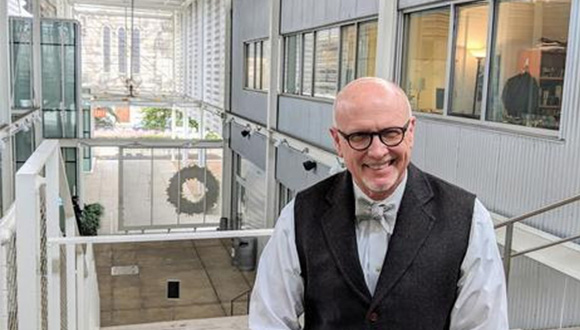 Chuck Still, the founding Executive Director of Midtown Arts & Theater Houston (MATCH), resigned on September 15. According to the Houston Chronicle, Mr. Still’s contract expired at the end of 2017.

Mr. Still’s announced departure appears to be a product of ennui: MATCH is ninety-five percent occupied, and is essentially landlocked; after having studied expansion options for two years, MATCH determined that it was not feasible to expand in the area due to rapidly increasing property values. In sum, Still did his job, and there’s not much left for him to do. He told the Chronicle ““I have been bored to death for a year and a half, and I’m horrible at being bored.”

Still’s job has entailed overseeing MATCH’s fundraising and construction, and fundamentally acting as a landlord for MATCH, which takes up a full block in Midtown on 3400 Main Street. It’s been funded by 52 donors and institutions, and was established in 2015. MATCH functions as a “centralized hub,” creating venues for a variety of contemporary arts, theater, dance, and educational institutions to lease out for events and programming. MATCH includes two buildings connected by a central breezeway: one building contains four “boxes,” some of which function as traditional black-box theaters, while others can transform into gallery space; its other building has 3,000 square feet of gallery space and 5,000 square feet of office space.

MATCH says it has thus far hosted 5,192 events by 387 different groups and individuals (including organizations such as DiverseWorks, which its headquartered in the MATCH complex), and has served an impressive arts 538,592 patrons. Glasstire’s upcoming 2019 OFF ROAD event will be held at MATCH this year, as it was in 2015.

Says Ben Andrews, President of the MATCH Board of Directors: “Chuck has helped us build something exceptional here at MATCH over the last five years and we wish him much success in his next endeavor. Thanks to his vision, execution, and tireless hard work, MATCH is filling the void in the Houston arts community by providing an accessible, centralized hub of creativity that brings together an array of artists and art lovers from across the region’s diverse cultural, economic, and geographic communities.”

Mr. Still hails from Connecticut, where he was for six years the founding Executive Director of the Katharine Hepburn Cultural Arts Center, a small performing arts center and museum that hosts more than 200 performances per year. Before that, he was the Executive Director of Riverside Theater in Vero Beach, FL for ten years.

Mr. Still says he plans on pursuing his “love of travel—a passion that couldn’t be a priority until now.” As of this writing, MATCH says it does not intend to hire another executive director.