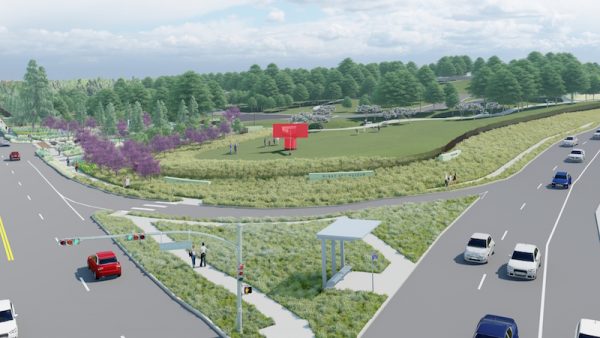 For years, The McNay Art Musuem, the first modern art museum in Texas, lay recessed behind stone gates and foliage — a hidden jewel for the city. While this certainly gave the McNay a beguiling atmosphere, it wasn’t particularly visible to passing traffic, and its exterior resembled a private club more than a community friendly San Antonio art institution.

Today, the McNay announced and broke ground on Phase I of the ambitious landscaping master plan. The project creates new expanded entrances on both New Braunfels and Austin Highway, opens up the grounds with new park and walking areas, includes new green spaces for outdoor artworks, and will include “invisible” fencing made from stainless steel that will reflect the sunlight throughout the day.

Says McNay Director Richard Aste:“By physically opening up the McNay  to our entire community, we are honoring the legacy of our founder. During World War II, when our country needed more beauty and inspiration than ever, Marion Koogler McNay  shared her home and world-renowned modern art collection with  students and soldiers across San Antonio. Seventy-five years later, her commitment to excellence and inclusion have helped position the McNay for the next all-embracing chapter.” 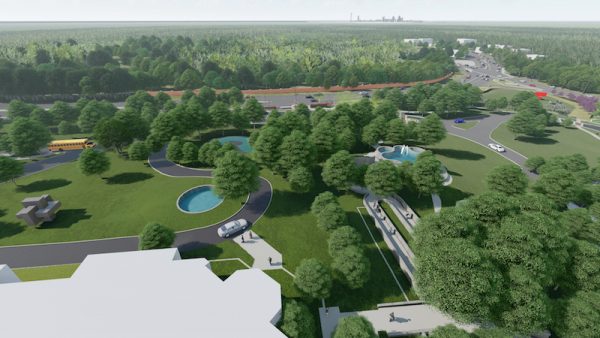 The process of implementing the master plan and altering the intersection of New Braunfels and Austin Highway was a complicated undertaking that required significant coordination with TXDOT, the city of San Antonio, the city of Alamo Heights, and the city of Terrell Hills. Phase I is scheduled to be finished by spring of 2020, and the museum will be opened during all construction. Phase II is current in early development and will be announced in the future.

McNay is beautiful the way it is. Seems like a hefty price to pay for landscaping during this time of economic uncertainty. Just an artist saying….