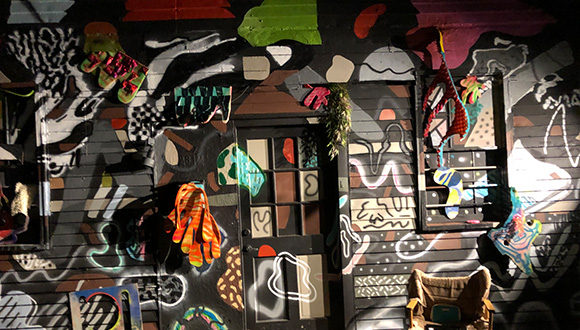 Adam Palmer and Marielle Guzman’s mural collaboration at the entrance to Mañanaland, Fort Worth

Last Saturday, Fort Worth’s Mañanaland (half gallery, half amazing) launced Untitled, a one-night-only immersive installation that transformed its space into a black-and-white palette of projection-mapping light sculptures, performance art, and musical soundscapes. The brainchild of Fort Worth bon vivant Michelle Kirk, Mañanaland’s quirky half-acre of Texas has delved into its connections with New Orleans, L.A., and Marfa to bring both the queer and the quixotic to Fort Worth.

Some of the works created for the evening included sculptures and costumes designed by Ben Warwas, foam sculpture by Tyler Spurgeon, and a whale sculpture by Heron-Mazy, whose black and white concept — which included painting the space in stripes — was the theme of the evening. There were paintings, and a mural collaboration between Marielle Guzman and Adam Palmer, while John Durbin’s Body Mechanics added a complex synth-video performance, complete with a smoke machine and strobing visuals.

Here are some pictures from the evening, which also featured a performance by Walter Lee, a.k.a., Jada Fox. 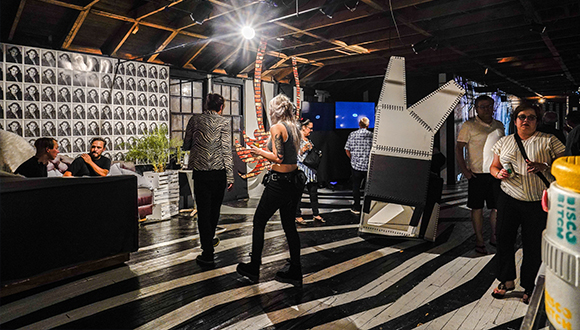 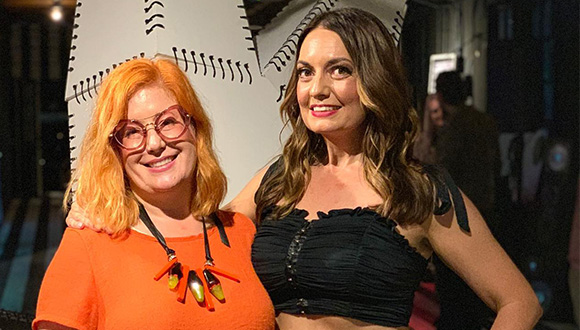 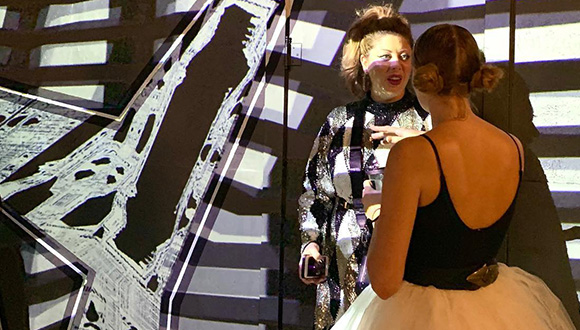 A dancer awaits her performance at Mananaland. Image: Brian Hutson 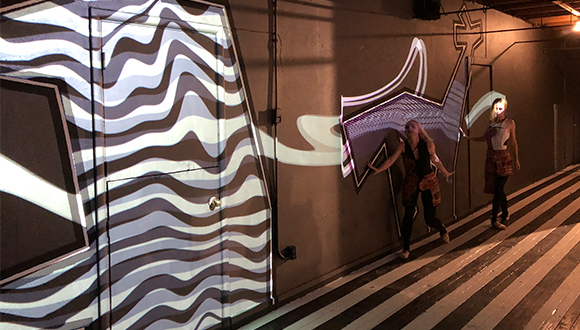 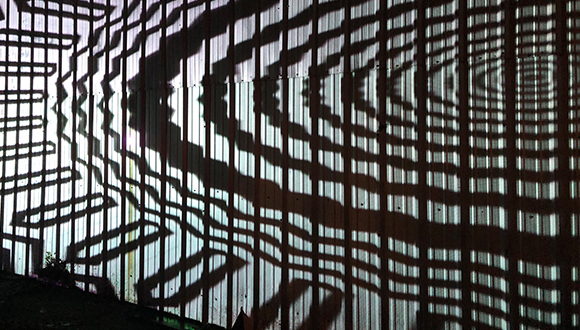 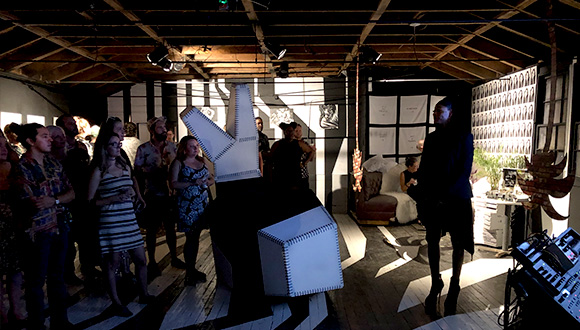 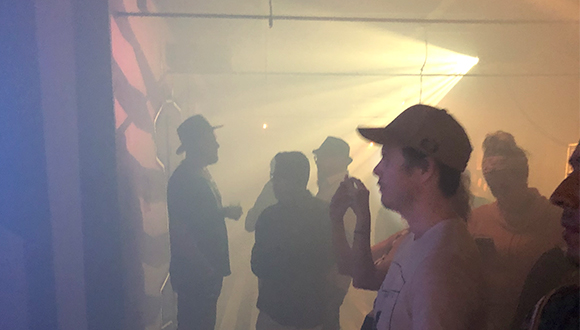 Artist M listens in at a performance by Body Mechanics 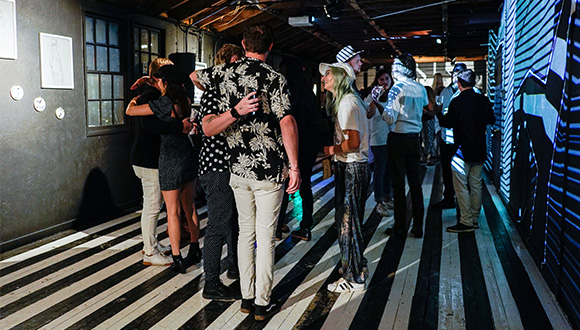