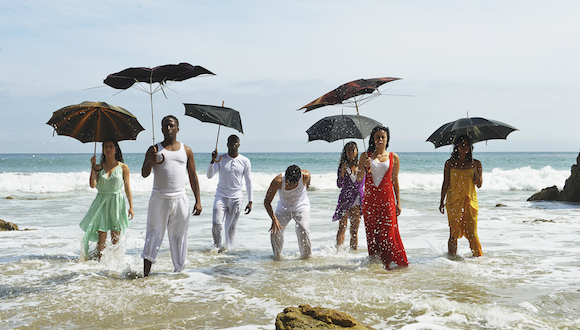 The National Association of Latino Arts and Cultures (NALAC) has announced that applications for its national NALAC Fund for the Arts (NFA) awards are now being accepted through Wednesday, September 25, 2019.

This is also the second year of NALAC’s Pod Grant and NFA’s Puerto Rico Artist Grant, and those funds have doubled from $2,500 last year to $5,000. The NALAC Pod Grant supports artists, cultural workers, and collectives in their efforts to self-organize or mobilize the Latinx creative workforce in art and cultural pursuits, while the Puerto Rico Artist grant is open to artists living and residing in Puerto Rico who are creating new cultural and creative works on the island.

Adriana Rios, NALAC’s Grant Program Manager, states: “We’re increasing the size of our awards in acknowledgement of the leadership, innovation and creativity that has long been present in our communities. The NALAC Fund for the Arts is constantly evolving as our field continues to grow.”

Along with the announcement of the open application period, NALAC has also announced the addition of two grant categories: the $10,000 NFA Adán Medrano Legacy Award in Film (open to emerging Latinx filmmakers) and the $5,400 NFA San Antonio Artist Grant (supported by the City of San Antonio Department of Arts and Culture).

María López de León, NALAC’s President and CEO, states: “As part of NALAC’s 30th anniversary commemoration we also celebrate 14 years of support through the NALAC Fund for the Arts and the increased awards underscore our commitment to nurture Latinx artistic and cultural practices.”

The San Antonio based nonprofit makes significant educational, financial and professional investments in Latino communities in every region of the country, and has, to date, awarded almost $3 million in grants to individuals and groups in the Latinx arts field. The NFA is supported in part by The Andrew W. Mellon Foundation, Ford Foundation, Doris Duke Charitable Foundation, Southwest Airlines, Surdna Foundation, the Nathan Cummings Foundation, and City of San Antonio Department of Arts and Culture.

The National Association of Latino Arts and Cultures (NALAC) is the nation’s premier nonprofit organization exclusively dedicated to the promotion, advancement, development, and cultivation of the Latino arts field. In this capacity, NALAC stimulates and facilitates intergenerational dialogues among disciplines, languages, and traditional and contemporary expressions.

Applications for the 2020 cycle of the NALAC Fund can be found at www.nalac.org. The call is open through Wednesday, September 25, 2019.