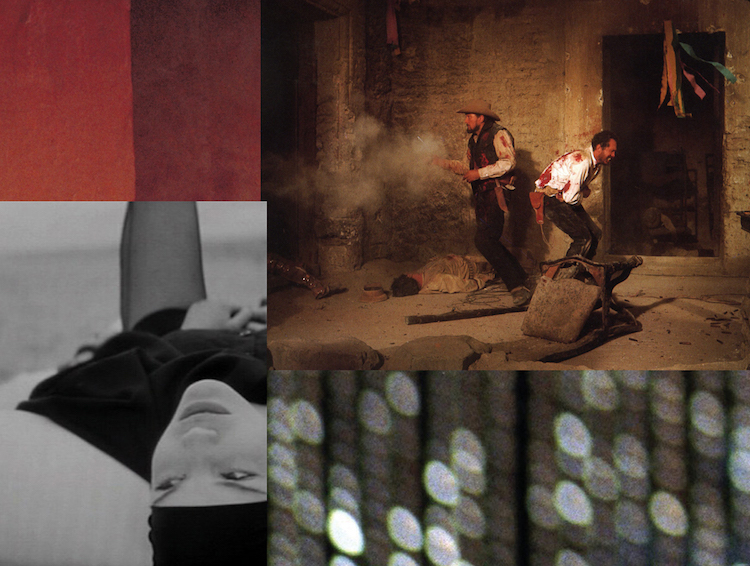 Editor’s note: Peter Lucas takes over Glasstire’s Instagram feed for a one-week residency, starting today. Here’s what he says he’s going to do with it.

This year, as we mark the 50th anniversary of so many things from the tumultuous, tangled, transitional year of 1969, I want to contribute some kind of nod to the landscape of cinema and moving image media of that time. Some years ago, I began to realize just how fantastically rich and experimental the films of 1969 were. A decade of diametric struggles was coming to an end — optimism and fear, triumphs and tragedies, freedoms and violations, love and war. Nobody knew what was to come. Hollywood was struggling to keep up with the changing times, and the studios made awkward dance partners with a new generation of irreverent independent, foreign, and experimental filmmakers. Both veteran and emerging directors challenged traditional ideas of war, patriotism, faith, sexuality, human nature, and the boundaries of filmmaking. From pop cinema to television to the realms of experimental film, theater, and music performance, so many things were going on, and so many essential questions were being asked in new ways.

We tend to categorize the past. We sort things into different slots, and in doing so, we can forget simultaneities. It just amazes me to think that Luis Buñuel and John Waters had films in theaters at the same time! That old guard masters Peckinpah and Hitchcock had films there alongside Easy Rider. And Midnight Cowboy, but also Robert Frank’s Me and My Brother, too.

On television, the Muppets and the moon landing and Vietnam War coverage were hitting television screens at the same time that programs like WGBH’s The Medium Is The Medium and KQED’s Dilexi Series were airing experiments by artists like Nam June Paik. Should I go on? Godard, Truffaut, Fellini, Melville, Visconti, Leone, Penn, Demy, Varda — all had films in theaters that year. Butch Cassidy and the Sundance Kid and Gordon Parks’ The Learning Tree. And we also got early films from newcomers Susan Sontag, David Cronenberg, and Frances Ford Coppola. And Albert and David Maysles’ Salesman. And Haskell Wexler’s Medium Cool. And Putney Fucking Swope.

New subjects, new techniques, genre revisions. Many of the varied films share a common sense of alienation, discontent, and uncertainty about the future. But the most interesting thing that they share is that all of them — even mainstream Hollywood movies and pop TV — seem beautifully experimental to me in 2019.

1969 is not the year with the most perfect “movie masterpieces,” but rather the year with the most interesting and varied experiments, the most unique and indescribable artistic constructions on screen. My Instagram takeover is not about the hits, but rather the oddities — the strange and beautiful films that pushed past categorization to explore, wander, seek, construct, and even fail. But they all produced a unique experience. My favorite movies, in fact, are the interesting failures. The bold, weird attempts, and the unlikely made real. 1969 is shockingly full of the history of cinema’s “deep cuts.”

There are so many fascinating stories and factors behind these films — trivial and important, tangential and essential — that are connected to the nexus of 1969 movies. But rather than write something linear about the films of that year and their context, I’d rather do a live flow of images in your feed. Starting today, I am taking over Glasstire’s Instagram feed for one week, and will be posting a collage of images, fragments, and tidbits relating to what hit screens in 1969. I hope viewers enjoy this ongoing collage of scenes from an important moment between times, and are perhaps encouraged to be more boldly experimental in what they choose to see and make. I encourage you to chime in with comments if you’d like, either on Instagram or in the comments section here (there will be a link to this page in the Instagram bio).