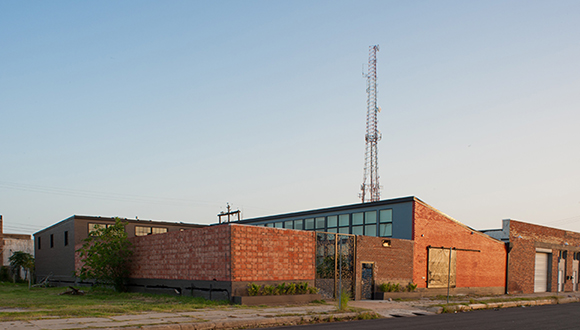 The Galveston Artist Residency (GAR) will welcome three new artists to its program beginning September 1. For the first time in the residency’s history, all three artists are painters. Artists Anne Buckwalter, Elizabeth Cooper, and Elizabeth Glaessner will take up residence for 11 months at the  program’s building on the edge of downtown Galveston.

GAR was co-founded in 2011 by artist Eric Schnell and biologist Bert Geary as a community building effort three years after Hurricane Ike hit the island. In addition to Schnell and Geary, Sallie Barbee has been an important GAR collaborator from the beginning. “The biologist Bert Geary and I had always wanted to collaborate on a project, and the idea of making a place where creativity was encouraged for its own sake — where the beautiful was reason enough — seemed to help both of us heal somewhat from our Ike-broken hearts,” states Schnell in a text from a show he curated at Contemporary Arts Museum Houston (CAMH) in 2015-16, titled Island Time, that showcased the work of past GAR residents.

Buckwalter, Cooper and Glaessner will be given studio spaces, accommodations, and a stipend throughout their stay at the residency. The three artists were selected by a panel that included GAR staff, painter Robert Ruello and curator Irene Shum. 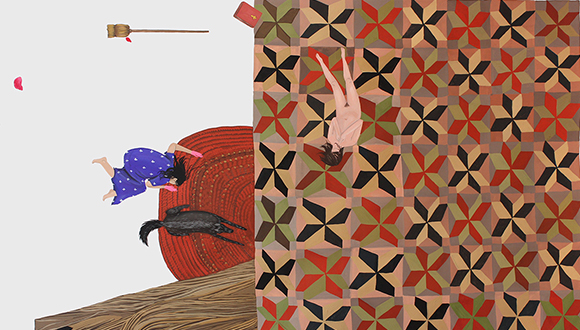 About the newest residents:

Buckwalter was born and raised in Lancaster, PA, and explores female identity and the coexistence of contradictory elements in her work. Buckwalter is is also inspired by the historic tradition of allegorical painting, and  her work arranges disparate objects and mysterious figures in ambiguous spaces. The Joan Mitchell Foundation Emerging Artist Grant recipient (2016) has held exhibitions in Boston, Montréal, Toronto, Philadelphia, Los Angeles, New York, and Rome, among other cities. She received a BFA from Tyler School of Art in Philadelphia in 2010, and an MFA from Maine College of Art in 2012. 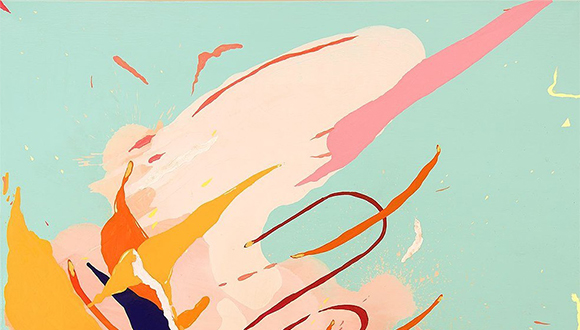 Cooper creates paintings that explore materiality and form, relying on intuition and material control. Her work incorporates disparate influences and colliding textures and styles found in action painting, process art, comic strips, color field and landscape. Born and raised in New York City, Cooper received a BFA from Cooper Union and an MFA from Columbia University. Her work has been exhibited in the US and internationally in galleries and museums including Kunstmuseum Bonn, Kunstmuseum St Gallen; Neue Museum, Nuremburg; the National Academy Museum, NYC; PS 1/ Moma, NYC, among others. The Pollock Krasner grant recipient’s work has been reviewed in publications including The New York Times, Art in America, and The Brooklyn Rail. 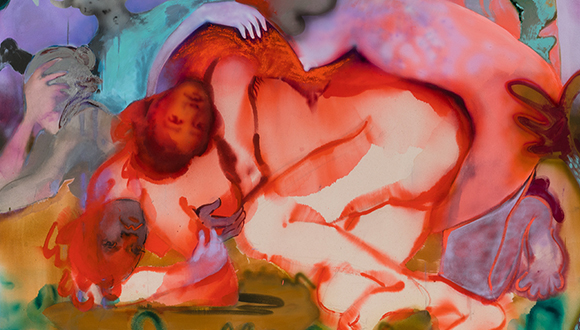 Glaessner was born in Palo Alto, California and has lived and worked in New York City since 2007. The painter received her BFA from Trinity University and MFA from the New York Academy of Art, where she received a post-graduate fellowship in 2013. Glaessner’s list of exhibitions include shows at P.P.O.W. Gallery, NYC (who represents her); Louis B. James Gallery, Sargent’s Daughters, New Release, 1969 Gallery, Vacation, and elsewhere. She teaches in the Visual and Critical Studies Department at SVA, and in the Fine Arts Department at Montclair University, and her work has been reviewed in Art in America, Interview Magazine and Modern Painters, among others. Besides GAR, Glaessner has been an artist-in-residence at  the Leipzig International Art Programme and Glogau AIR in Berlin.

GAR’s residency open call accepts applications from emerging and established artists once a year, and is open to visual artists working in any medium. In addition, the GAR Gallery and Courtyards host various public programs including art exhibitions, film series, performances, open studios, and lectures. “This is our crazy month,” says Schnell. “The 2018 – 2019  residents left on August 1 and we’re cleaning up now, checking for repairs, painting,  and building walls for the upcoming exhibition opening August 23.” That show, Colin Hunt: Keeping Things Whole, is an exhibition of GAR’s first artist-in-residence, Colin Hunt, who is returning with landscape paintings in tempera.

For more information on applying to GAR,  visit its website’s how to apply section.