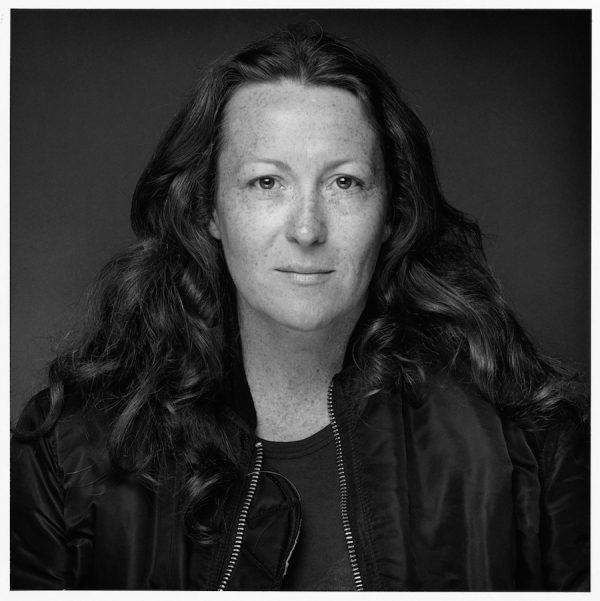 The artist Nancy Reddin Kienholz, collaborator and wife of artist Edward Kienholz, died late last week in Houston of complications from illness. She was 75. The duo’s representing gallery, L.A. Louver, announced her death on August 9. (Ed Kienholz died in 1994.) The Kienholzes established a house and studio in Houston part-time starting in 1991, and from then on split their time between Houston and Berlin, Germany and Hope, Idaho.

Nancy and Ed met in Los Angeles in 1972. She was a 29 year-old photographer. Ed Kienholz, at 44, had already made a name for himself in the late 1950s and 1960s with his confrontational sculptural installations and assemblages that criticized systems of power, hypocrisy, systemic violence, and other dark aspects of modern life. Upon meeting, they started working closely and collaboratively, and all the Kienholzes’ work from that point on was considered co-authored. Their work was especially celebrated in Europe. They collaborated prolifically on installations, sculpture, drawings, and more for 22 years, until Ed’s death. Via L.A. Louver: “As a photographer, Nancy introduced a new prevalence of photographic imagery and portraiture to the Kienholzes’ oeuvre and championed an expanding focus on female subjects of broadening conceptual dimensionality.” Nancy continued to make solo work after Ed’s death. 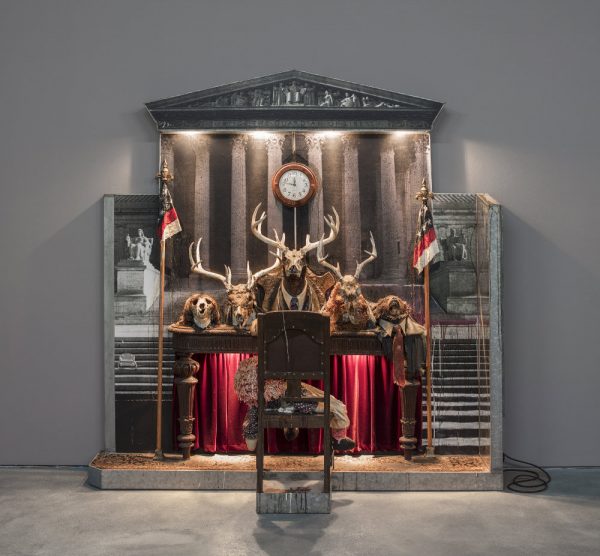 Nancy was known to be a formidable personality. L.A. Louver writes: “Preceded by a reputation for being tough-minded, fiery and outspoken, Nancy was intensely loyal, loving and generous to friends and family. Red-haired, aloof, and equally quick to fire up a cigarette or a pithy retort, she could easily break into a pointed scowl, joyful laugh or a moment of wistfulness.”

Nancy’s friends were loyal, and protective of her. Houston artist Sharon Kopriva, who was close to Nancy and Ed, writes to Glasstire: “As one of many individuals who felt close to Nancy Kienholz, I might warmly refer to her as ‘the red-headed witch.’ A woman with a fiery yet extremely loving personality, Nancy filled our lives with her art, her collaboration with Edward Kienholz, her stories and her inspiration. One never to be forgotten.”

The Kienholzes’ work was exhibited internationally and extensively. In 1995, the Whitney Museum of American Art organized a Keinholz retrospective; it traveled to the Museum of Contemporary Art, Los Angeles and later to Berlinische Galerie, Berlin. The Kienholzes’ work is in the collections of many international institutions, including Fondazione Prada, Milan, Italy; Smithsonian American Art Museum, Washington, D.C.; Walker Art Center, Minneapolis, MN; and Museum of Contemporary Art, Los Angeles, CA.

In 2013, Nancy presented at the McNay Art Museum in San Antonio the Kienholzes’ 1992 work The Merry-Go-World or Begat By Chance And The Wonder Horse Trigger.

We Begin With Equality: “Lincoln” and “Django Unchained”