Face to Face: A Look at Self Portraits Before Selfies In Lubbock 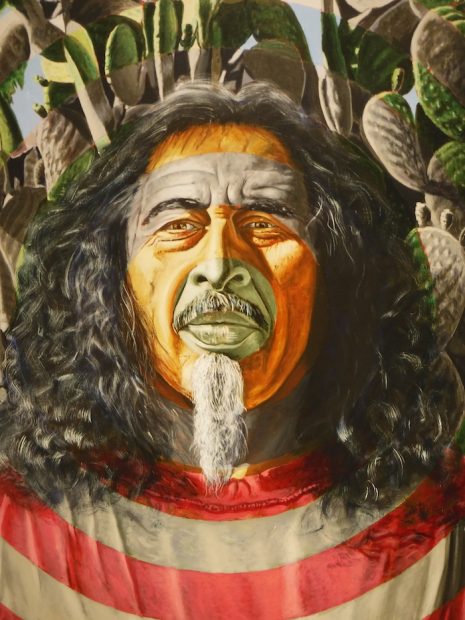 Artists’ approaches to self-representation have long been fodder for critical inquiry. Self-portraits may arise from the easy (and cheap) availability of self-as-model-for-study (as with Rembrandt’s 40-odd self studies); likewise, one’s own self may serve as longitudinal examination of personal identity or identity politics (as with Frida Kahlo’s work). The motivations for artistic self-representation range from mere convenience to profound exploration.

This breadth of possibilities for self-portrayal is the focus of Face to Face: Self Portraits Before Selfies, an exhibition at the Museum of Texas Tech University (Lubbock), now in its final month. The show includes work by 28 artists — including Luis Jiménez, Jim Dine, Mabel Dwight, Peter Hurd, Thomas Hart Benton, and Alfred Quiroz — from the museum’s collection, spanning 1932 to 2016. Primarily two-dimensional works, the show also includes at least one sculptural example, by Young Min Kang, as well as time-based media. 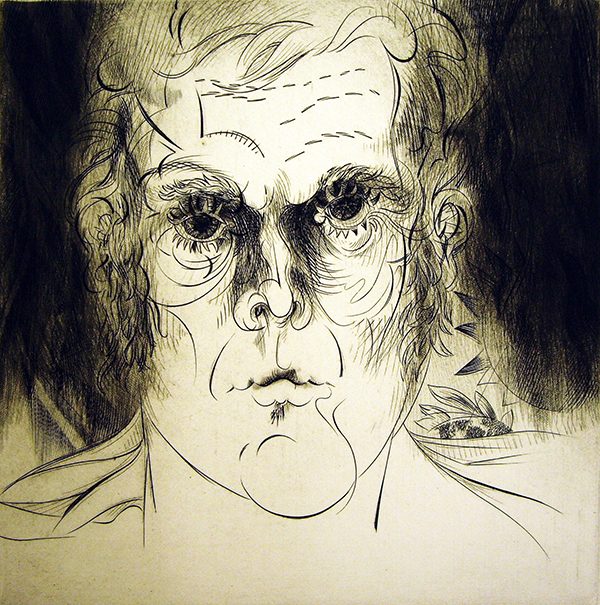 Styles of (and intentions for) self-portraiture diverge in this exhibit, from Dwight’s and Benton’s straightforward self-representations, to socio-cultural/political critique in Alfred Quiroz’s Opportunity Target and Will Wilson’s How the West is One. It comes as no surprise, too, that many of the works address aging and death. Examples of this are David Dubose’s Self-Portrait as My Father, Anne Noggle’s Face-lift No. 3, and Bailey Doogan’s One Fingered Smile. Even in Self-Portrait, Jiménez depicts himself as an amalgamation of living man and skull, reminding himself of his mortality (and the viewer of her own).

One of the most intriguing pieces on the theme of ‘change brought on by time’ is Noah Kalina’s video Every Day, January 11, 2002-July 31, 2006. The lone digital work in the show, Kalina created it by photographing himself every day for 2,356 days. From this five-and-one-half year’s-worth of still photos, he created a seven-minute video. Displayed just below eye level, the work transfixes the viewer through Kalina’s gaze from the screen, which remains static throughout the montage. The rapidity of the images’ shifts from one to the next creates disquiet as we watch Kalina hurtle through half a decade of aging in minutes. The impassivity of his stare conflicts with the gentle variations of movement in his hair. It’s as if he is floating face-up in water, his unruly locks pushed about by waves. Against these physical micro-changes, we catch rapid-fire glimpses of macro-changes in lighting, seasonal clothing, locations shifts, and background figures who move in and out of spaces. Kalina seems simultaneously immersed within and detached from his environment. The result is disorienting. 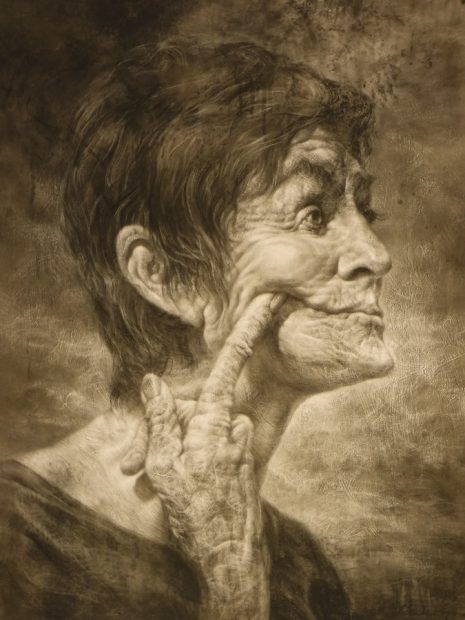 Face to Face reveals a range of 20th- and 21st-century (mostly 2-D) approaches to the artist’s self as subject. By virtue of its scope of paintings, drawings, and prints, the exhibit provides an absorbing investigation into the whys and wherefores of the pictorial self. It misses, perhaps, the opportunity to pose significant questions about the relationships between these works and the hyper-mediated mass representations of self in the digital age, especially given the show’s title. (It is Kang’s pixelated sculpture that comes closest to starting this conversation.) What the show does do is point to some of the compelling means and motives through which artists have negotiated their own self-representations for more than three-quarters of a century.