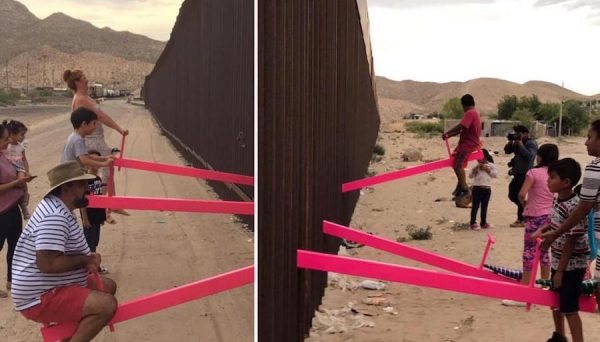 Ronald Rael, the Eva Li Memorial Chair in Architecture at The University of California, Berkeley, has realized his “Teeter-Totter Wall” project, which has existed for the past ten years only as a set of conceptual drawings. The concept was co-authored by Virginia San Fratello, an associate professor of design at San Jose State University. The original concept for the Teeter-Totter Wall was to demonstrate the delicate balances between the U.S. and Mexico, and as Rael describes it, “Where the actions on one side have a direct consequence on what happens on the other side.”

The line of pink seesaws is installed in Sunland Park, New Mexico, near El Paso, and a widely shared video on an Instagram account attributed to Rael shows children and parents on either side of the border on the playground rides. The post reads in part: “One of the most incredible experiences of my and @vasfsf’s career bringing to life the conceptual drawings of the Teetertotter Wall from 2009 in an event filled with joy, excitement, and togetherness at the borderwall.” 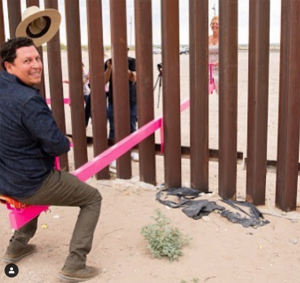 Early concepts for the teeter-totter incorporate the architecture of the wall itself into the design. The actual construction is a less-ominous pink playground structure that invites riders on both sides to navigate the balance it requires to function. 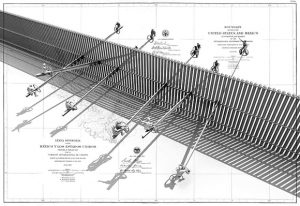 Some of Rael’s unrealized concepts for the space between the wall include a bi-national movie theater, a bi-national library, and a massive xylophone wall.