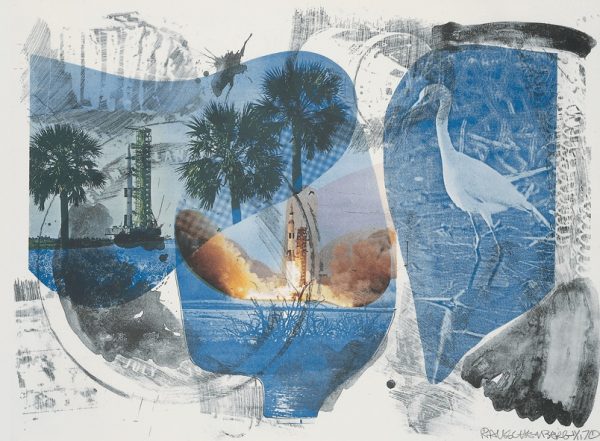 Rice’s Moody Center in Houston will debut the exhibition Moon Shot on Sept. 21. It will feature works that reflect on the 50th anniversary of the Apollo 11 moon landing. Included in the exhibit will be Rauschenberg’s Stoned Moon series of 34 lithographs, shown together as a group for the first time since their creation in 1969-70, when the Port Arthur native and painter served as artist-in-residence at NASA. Other works in the exhibition include Andy Warhol’s Moonwalk, Laurie Anderson’s virtual reality work To the Moon, and notable works by Siah Armajani, Nancy Graves, Rachel Rose, Katy Schimert and Michelle Stuart.

Says Alison Weaver, Executive Director of the Moody Center: “Given this important anniversary as well as the interdisciplinary mission of the Moody, we’re featuring innovative works that respond to both the poetic and technical aspects of space travel.”

Additional programming will run throughout the fall semester, concluding with the second annual Moody Movie Night projected outdoors on the building’s west wall. Interstellar will be screened on Dec. 6 and Gravity will play on Dec. 7. Screenings begin at 7 p.m. They are free and open to the public.

Events throughout the are listed exhibition below (via Moody):