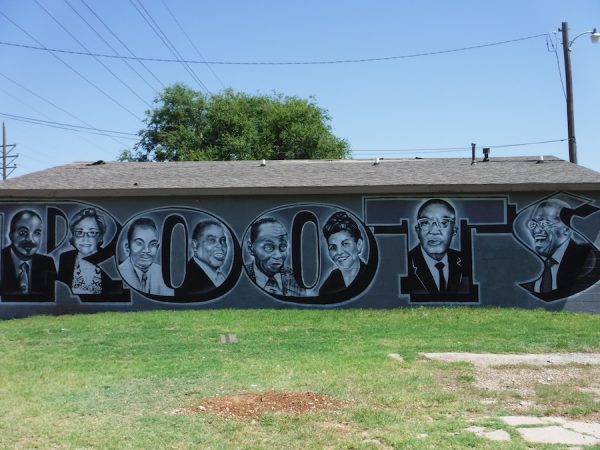 Lubbock artist Joey Martinez recently completed two mural projects highlighting the contributions of Lubbock’s African American community to the city’s history. One project was an original painting for the Lubbock Roots Historical Arts Council, located at 1719 Avenue A. Covering the length of the building’s south wall, this monochrome image includes portraits of such influential Lubbock figures as former Lubbock city councilman T. J. Patterson, East Lubbock community advocate Eric Strong, and educator and civic leader Mae Simmons. Cosby Morton of the Lubbock Roots Historical Arts Council remarked in a recent KCBD interview that the mural serves as “our way of touching the past with what’s going on now.” 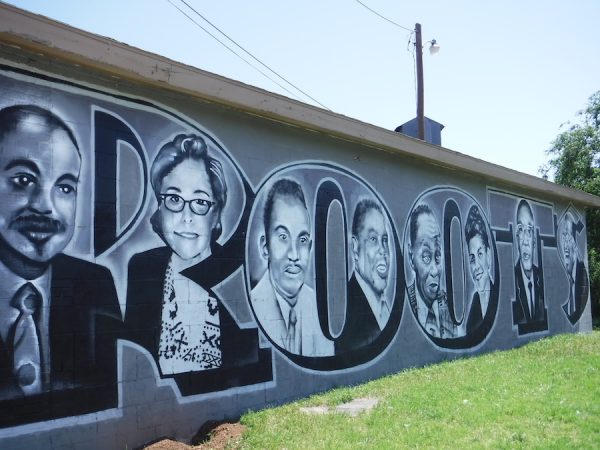 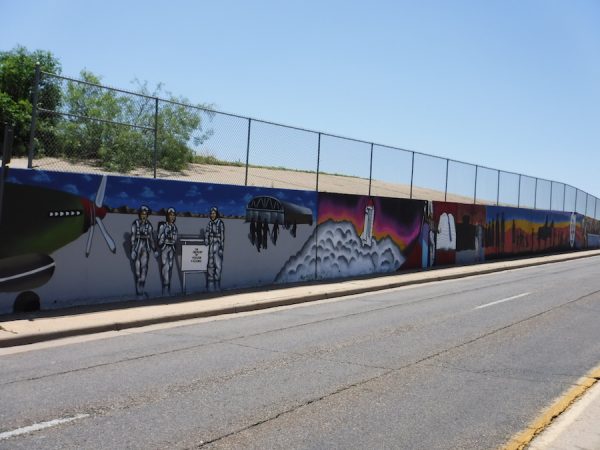 Along with the Roots work, Martinez unveiled a second project: a revitalization of an existing mural, Wall of Inspiration. Long in need of restoration (it was completed 20 years ago), the mural was the brainchild of artist and educator Vivian T. Cooke. The Lubbock Arts Alliance and the City of Lubbock funded the mural’s revitalization with a grant of $4000, while the Buddy Holly Center provided support such as supplies and volunteers. 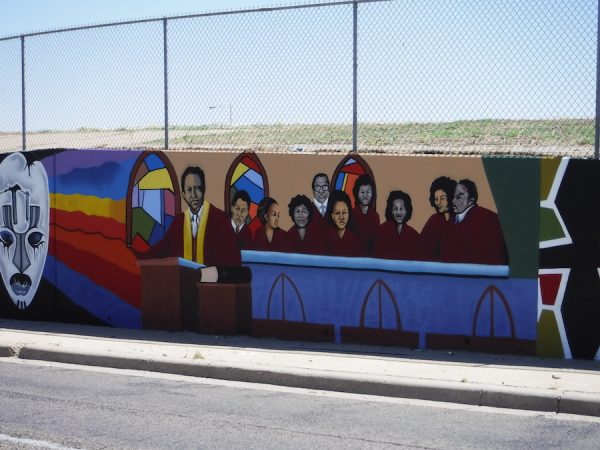 Wall of Inspiration, perhaps the largest mural in the city, spans a concrete revetment along Martin Luther King, Jr. Boulevard at East 24th Street. Cooke’s original plan for the painting was to emphasize African American contributions beyond entertainment and professional sports industries. To this end, the mural pays homage to the Tuskegee Airmen, a group of African American fighter and bomber pilots during World War II, as well as the Buffalo Soldiers, the all-black regiments who served in the U.S. Army following the Civil War. The image of a shuttle blasting off honors African American achievements in the sciences and engineering, such as those by Temple, Texas native and Texas Tech University School of Medicine graduate Dr. Bernard A. Harris, Jr., the first African American NASA astronaut in space. Also referenced in the mural are those whose day-to-day contributions helped build the Lubbock community — farmers, students, workers, and church congregants. 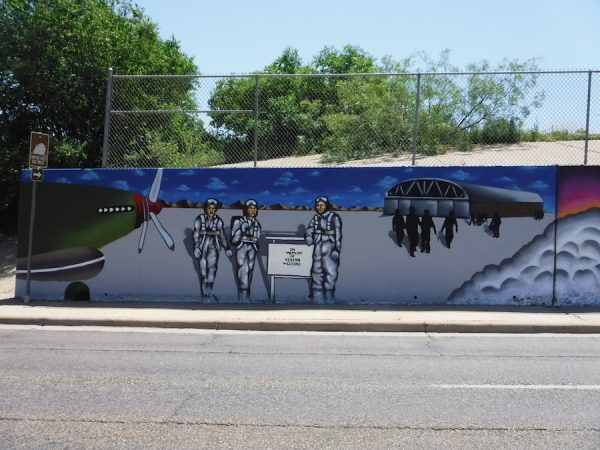 By 2000, when the original Wall of Inspiration was completed, its creator Vivian Cooke had long been a fixture in the Dunbar-Manhattan Heights neighborhood of Lubbock. Born in 1931 in Marshall, Texas, Cooke spent formative childhood years in Chicago, where her family moved as part of the Great Migration, before she returned to Marshall to study at Wiley College. The artistic influences that she first encountered in Chicago followed her back to Texas, and became part her lifelong work. Cooke accepted a position as a visual arts educator in Brownfield, Texas, before eventually making her way to the Lubbock Independent School District and Dunbar High School. She taught and worked within the local community for more then 50 years. 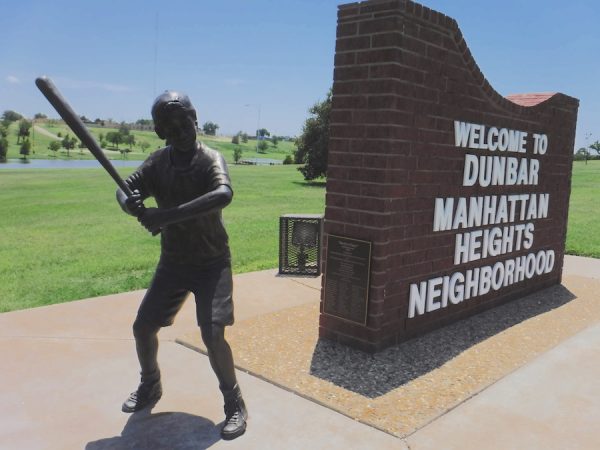 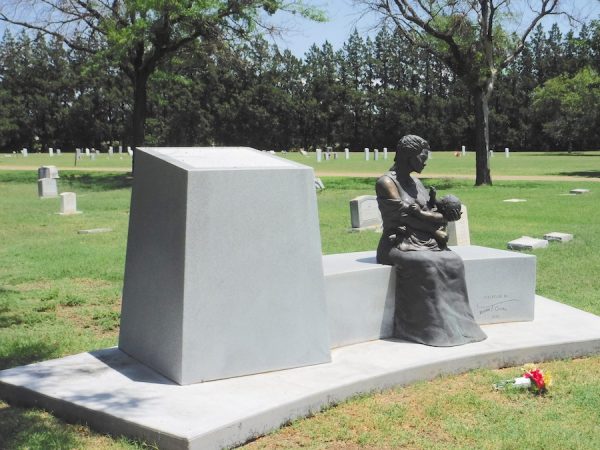 In addition to Wall of Inspiration, Cooke completed two other works of public art in Lubbock. Her bronze sculpture, The Sandlot Player, stands at the Mae Simmons Park at East 23rd Street and MLK, right next to the Dunbar-Manhattan Heights neighborhood welcome sign. The year before her death, in 2011, having grieved the loss of her own adult son, Cooke was inspired to sculpt A Golden Day for the Carver Heights Baby Land section of the City of Lubbock Cemetery. Historically, the cemetery’s Baby Land served as the resting place for African American children buried in unmarked graves. Cooke’s larger-than-life-size bronze sculpture, a tribute to maternity and loss, depicts a seated mother cradling her infant child. The title of the work is based upon the poem A Golden Day, by Paul Lawrence Dunbar, which contains the lines: “I found you and I lost you,/All on a golden day.” Cooke died the following year, in 2012; one year after that, the city renamed the Carver Heights Baby Land in her honor, dedicating The Vivian T. Cooke Baby Land with a plaque in June 2013. 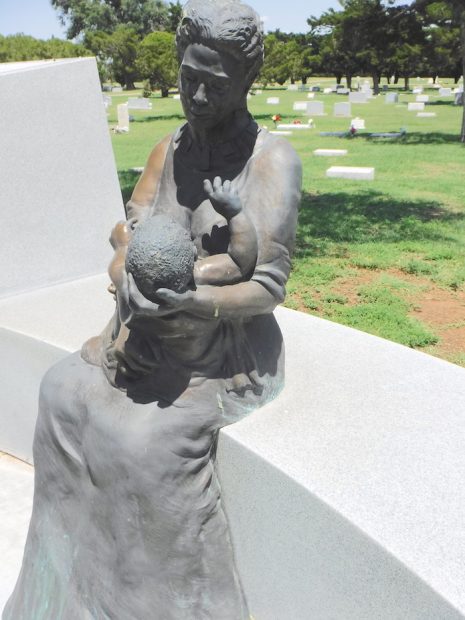 Joey Martinez’s recent mural projects for the community of Lubbock not only call attention to the contributions of Lubbock’s African American community in general, but his restoration of Wall of Inspiration provides the opportunity to highlight the far-reaching influence of Vivian T. Cooke in particular. As an artist, educator, and civic leader, Cooke’s impact continues to reverberate within the Dunbar-Manhattan Heights neighborhood and Lubbock as a whole. Her ability to inspire others — relationally, visually, and educationally — resonate with those who knew her as well as those who encounter her works of public art. The expanded support of the City of Lubbock, the Lubbock Roots Historical Arts Council, the Buddy Holly Center, and the work of artist Joey Martinez help to further the legacy of Lubbock’s African American community, and artists like Vivian T. Cooke.

Wow this was an amazing story !Thanks for sharing !
I am an artist and I appreciate this wonderful article and admire her beautiful art!