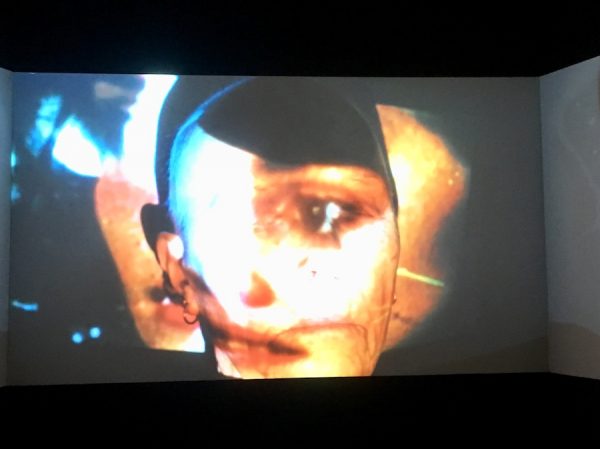 I read an interesting article in The Atlantic the other day criticizing Taylor Swift’s video for her latest single You Need to Calm Down. In it, the author calls out Swift for comparing the public criticism she receives to the persecution affecting the LGBT community. The author seems concerned that this pop-culture assimilation of persecution is the kind of thing that leads to the dilution of queerness en masse. I think the article is a smart and thoughtful piece of social criticism. And yet, since its publication, the article itself has been publicly diluted to a mere criticism of Swift, rather than a symptom of a larger problem.

And it makes me wonder: in an age of hot-take posturing and choosing sides, which leads to a kind of binary, all-or-nothing groupthink, is it possible to retain any nuance in criticism at all without it being read as simply “throwing shade?” Is there any room for nuance regarding the complexities of queerness and its assimilation into a heteronormative society? Can we queers enjoy our increased visibility in corporate America while also understanding that we’re being exploited? (In the above case, by Taylor Swift.) Can we feel the simultaneity of genuine gratitude towards our straight friends, colleagues, and family for their love and acceptance, and also dismay that those celebrations — considering for heterosexuals that nothing’s really at stake — often devolve into little more than an excuse for them to dress up as tacky rainbows and get hammered at Pearl or JR’s? I know I do.

Is it possible to enumerate the problems of queerness within the art world? We are in an age where explicit queerness seems more visible in contemporary art than ever before. But “queer” has also become an exasperating, trendy umbrella term to signify mere difference, or a shiny buzzword to tag onto an exhibition if someone who’s gay or trans happens to be in the show. It has also become a neat little curatorial box: curators can throw together a group show by artists whose content has little to no cohesion other than ideas around sexual orientation, and it can be read as “edgy” and “woke.” The word “queer” — in both art and life — has lost its edge, and perhaps even its meaning.

That’s why pulling off a group show on the 50th anniversary of the Stonewall Riots is trickier than meets the eye. In the midst of the LGBT community writing its own history, important questions arise: What is the job of such an exhibition? How should it function?

Should it be a celebration of our progress? Or a historical document? The answer is neither. Its primary function should be to assert nuance, and not just because that’s art’s greater societal role, but because the unfortunate consequence of a sub- or counter-culture blending into mainstream culture is that so much of it is lost. To be effectively political now means being multivalent, and luckily, Stonewall 50 — currently on view at the Contemporary Arts Museum Houston — doesn’t just assert nuance. It insists upon it.

Stonewall asks us to consider queerness not so much as a static definition, but instead through the lens of a dynamic, ever-evolving narrative that weaves intergenerational dialogue, international stars with up-and-coming local talent, humor with sobering political discourse, elegance with the grotesque, and aspects of life that are uniquely queer with aspects of life that are generally human. 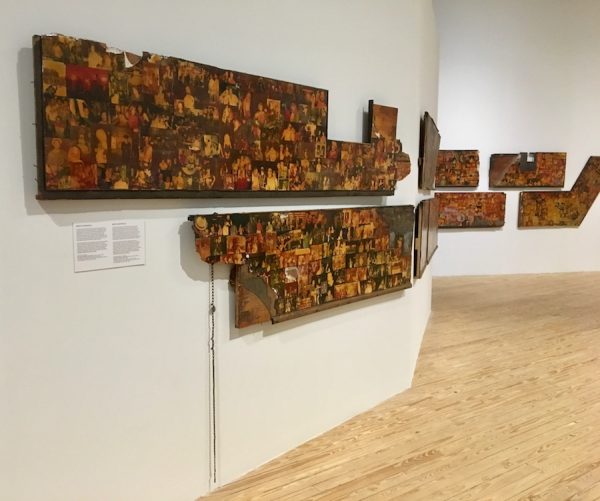 One installation I find deeply touching is a wall display of pieces of the bar top of Mary’s, a Montrose gay bar of a bygone era. Reading initially as geometrically abstract wall sculptures, we find hundreds of faces of gay men who lost their lives to AIDS looking back at us — not with confrontation, but as if our gaze is irrelevant as they carry on with their fleeting, debauched activities. Patches of orange and fading photographs make these men read as apparitions, haunting us with a pathos that evokes Christian Boltanski.

Equally haunting is Barbara Hammer’s most recent work, Evidentiary Bodies [pictured at top]. A three-channel video installation, it’s a piece that recounts her battle with ovarian cancer, yet points to more universal meditations on aging and mortality. Brain scans flit on and off the screen as her elegant, butch body stretches, clamors, dances, and writhes amidst a celestial nothingness. We can feel (and share) her profound sense of dissolution into the eternal. 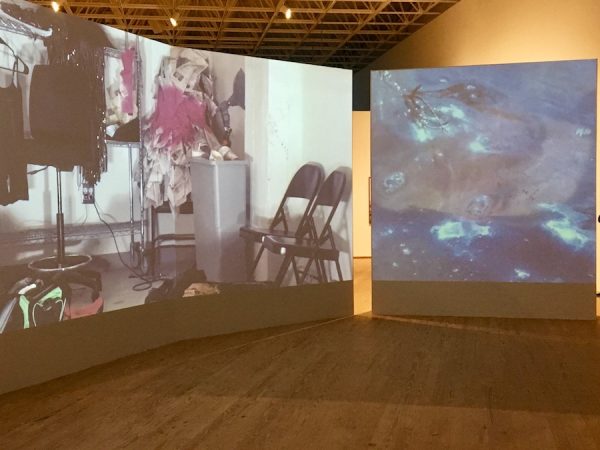 While the show is not wholly consistent (for instance, much of Carden Crow’s oration is inaudible), Nick Vaughan & Jake Margolin’s Political Gestures packs a punch. Having drag queens lip sync historic LGBT speeches not only reinvigorates this rhetoric with the kind of ferocity only a drag queen can provide, but it also punctuates the function of the drag queen as a cornerstone of the community — not just as entertainment, but as a reminder of the importance of being resoundingly queer. There’s a moment where Vaughan & Margolin turn down the volume of Not Ready to Make Nice by the Dixie Chicks, revealing the raspy whisper-singing of the queen lip syncing it. Something between being harnessed and choked and exuberant, the queen’s vacillation of restraint and uninhibitedness serves as a canny metaphor for the unbridled expression and crushing oppression that characterizes LGBT history. 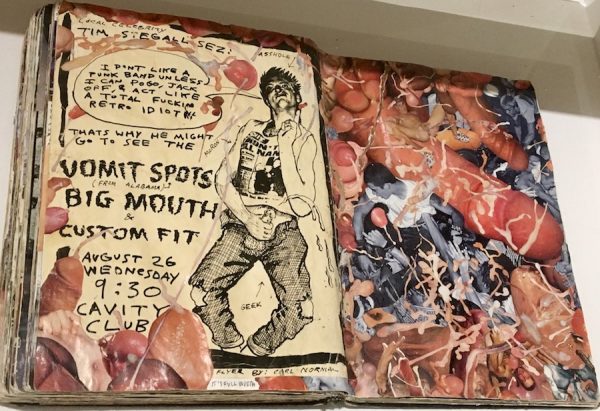 But perhaps most political in Stonewall 50 is the most deceptively personal (and most hidden) of works: a series of collages by David LeJeune spanning four decades. They demonstrate the far-reaching corners of this gay man’s fantasy life. More than a simply voyeuristic peek into work that verges on the pornographic, its brazenness, in my mind, serves as a pronouncement: We were unapologetically who we were before you accepted it, and will continue to be so whether you like it or not. Our queerness stretches beyond the digestible, rainbow color box you built for it. These collages — a lush cornucopia of flesh and cum — veer into kaleidoscopic, feverish abstraction, like some kind of jizzy Jackson Pollock. They are so beautiful they make my stomach flip.

On view at the Contemporary Arts Museum Houston through July 28, 2019.