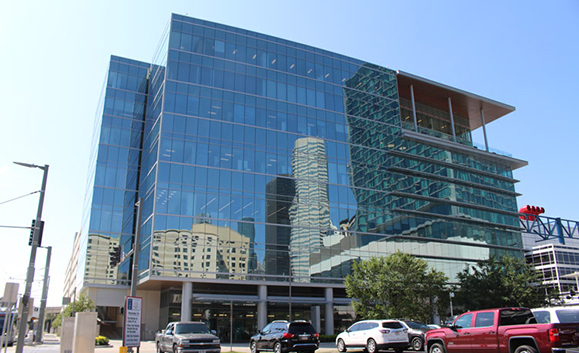 As of July 1, 2019, Airbnb began collecting Houston’s Hotel Occupancy Tax (HOT) directly from Houston bookings on its website. The online home-sharing platform reached an agreement with the Houston First Corporation, a government entity that promotes and markets Houston’s travel, tourism and arts communities to cities around the world. After a year of talks aimed at crafting an agreement, Houston First will begin collecting the 7% tax on Airbnb rentals.

Last October, Glasstire reported that Houston arts organizations were missing out on funds from the tax, which was being collected from hotels but not Airbnb. The problem was that although there were more than 3000 listings for Airbbnb hosts in Houston at the time of the reporting, only 174 hosts identified themselves as hotels.

As of July1 this year the 7% tax on Airbnb can begin to benefit Houston. According to a press release by Houston First, “Houston becomes the largest Texas city to reach an agreement with Airbnb for collection of the HOT, required by state law to be used to boost the city’s travel and tourism industries, and local art (Tax Code 351). HOT may be used only to directly promote tourism and the convention and hotel industry.” Additionally, according to the release, by state law 19.3 cents of every dollar collected goes to city arts programs. “Houston has the highest percentage in Texas of HOT funding dedicated to the arts,” the release states.

Houston’s Mayor Sylvester Turner is quoted: “Airbnb’s agreement to collect a tax that had already been levied on hotel and motel guests will boost Houston First’s efforts to further increase the number of visits to Houston, which drew a record-high 22.3 million people in 2018.”

Airbnb reports collecting more than a billion dollars in taxes at the end of 2018 on behalf of 400 governments worldwide, and already collects the Texas State Hotel Occupancy Tax on behalf of all hosts (including in Houston) under an agreement with the Texas Comptroller’s Office. Under that agreement Airbnb delivered $15.3 million in tax revenues to the state in the first year of the agreement. HOT tax is expected to generate $3 million a year in Houston.

“This is a great day for Houston’s art community, as we count on this revenue to grow our vibrant arts landscape. We know that arts and culture fuel tourism for Houston,” states John Abodeely, CEO of Houston Arts Alliance.

According to an Americans For the Arts study for Fiscal Year 2015, arts organizations in Harris County (Houston’s county) generated total industry expenditures of $1.09 billion, a significant industry contribution to the region.

Brenda Bazan, president and CEO of Houston First, states: “This additional revenue will further support Houston First’s mission to promote our city as a premier global destination and build partnerships to improve the quality of life of Houstonians. We appreciate the role played by Airbnb and local Houstonian hosts in complementing our booming hotel industry and supporting tourism growth.”

In another statement, Laura Spanjian, senior public policy director for Airbnb says: “We believe this partnership will unlock significant new revenue for Houston moving forward, as it has for the state. Our Houston hosts have stepped up time and time again, from supporting neighbors during Hurricane Harvey to generating economic activity in underserved communities, and now their efforts will benefit the Houston tourism and art communities as well.”

Judd’s Manhattan Home Opens to the Public (This...