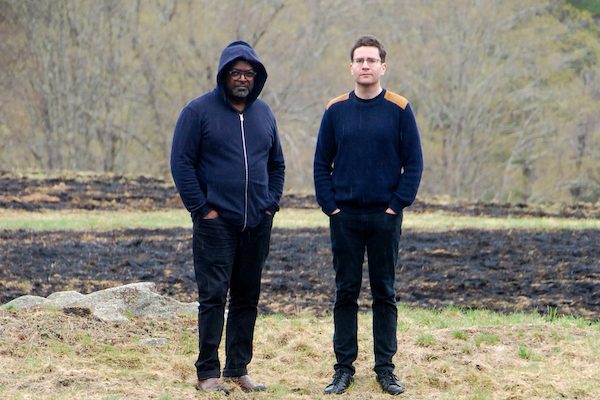 DALLAS — The 2019-20 season of Soundings: New Music at the Nasher has been announced. It marks the tenth anniversary of the Nasher Sculpture Center series conceived by Seth Knopp, the program’s longtime artistic director. Soundings will feature a variety of concerts focusing on themes of solidarity and protest, as well as music by Nannerl Mozart, the lesser-known sister of the famous composer. This year’s calender will also feature saxophonist and composer Travis Laplante, the series’ musician-in-residence, who will present varied performances for several days in February.

The Nasher’s director Jeremy Strick says of the series: “It is a tremendous occasion to celebrate the ten-year anniversary of Soundings. This concert series brings a rich and dynamic level of engagement with our audiences, expanding the artistic offerings of the museum and challenging our expectations of what a musical performance can be,”also adding “Seth Knopp’s impeccable artistic direction continues to astound and delight, and we look forward to its continued success.”

The concerts dates are Thursday, October 17; Wednesday, December 4; Thursday, Friday, and Saturday, February 20, 21, 22; and Friday, May 1, and will occur as follows (via the Nasher):

Music from Yellow Barn: Songs of Refuge and Resistance
Theo Bleckmann and The Westerlies
Thursday, October 17, 2019

Munich-born Widmann has had a celebrated international career and this concert will showcase her extraordinary breadth — she can do it all. From the haunting, austere beauty of Hildegard von Bingen’s 12th century Antiphona, to the contemporary deranged virtuosity of Salvatore Sciarrino’s Sei Capricci (after Paganini); from Bach’s celestial Partita No. 2 in D Minor to Jörg Widmann’s wry Paraphrase on Mendelssohn’s Wedding March, to George Enescu’s rarely heard Fantaisie concertante, it is an evening untethered to time and place.

This Soundings season’s musician-in-residence is saxophonist, composer, and renaissance man, Travis Laplante, who divides his time between Brooklyn and southern Vermont. His six-day residency will involve a concert in Nasher Hall on February 20 — the primary Soundings concert — as well as smaller performances as part of the free late-night program ‘Til Midnight at the Nasher on February 21, and for children, in the galleries, on February 22.

The Other Mozart
Sylvia Milo, actress
Friday, May 1, 2020

The Other Mozart introduces Maria Anna Walburga Ignatia Mozart, known as Nannerl, Wolfgang’s older sister — prodigy, keyboard virtuoso and composer, forgotten in the mists of music history: until now. The Other Mozart is the award-winning creation of actress/playwright Sylvia Milo and the final don’t-miss presentation of the season. The play features Milo in the title role, with music by Nannerl’s composing inspiration, Marianna Martines, two contemporary composers, Nathan Davis and Phyllis Chen, as well as some from her better-known sibling. The centerpiece of the set is the 18-foot dress Milo wears in the role, topped by towering coif and wafting perfume, with dusting powder festooning the air.