Jesus Moroles’s Iconic ‘Lighthouse Fountain’ Has Been Taken Down 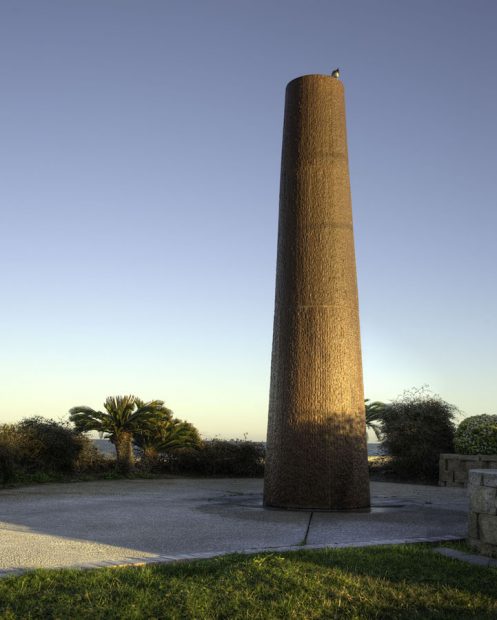 Photo taken in 2017, prior to Hurricane Harvey. Photo: Pamela Fulcher

Last Month the Rockport Center for the Arts announced that Lighthouse Fountain, the popular public monument by Jesús Bautista Moroles (1950–2015), will be dismantled and put into temporary storage due to structural issues.

The red granite tower, which was commissioned in 2002, was completely disassembled a few weeks after the announcement at the end of May.

For almost two decades, Lighthouse Fountain has been a hallmark for the Rockport community, symbolizing the resilience and beauty of the Live Oak Peninsula. Recently, after a slew of natural disasters — most notably, Hurricane Harvey in 2017 — the Rockport Center for the Arts decided to conduct a condition report of all the pieces in its sculpture park, including Lighthouse Fountain.

With the help of Moroles Art Co. — a foundation dedicated to the preservation of Moroles’s work and founded by Kurt Kangas and Suzanna Moroles (Jesús Moroles’s brother-in-law and sister, respectively) —  and a staff of insurance adjusters, the Rockport Center for the Arts surmised that the steel armature would continue to degrade and that the best option to ensure its preservation would be to take it down.

The sculpture is now in temporary storage until a new armature is built and is ready to be moved to its new location at the Art Center’s downtown campus. The timeline for its much-anticipated return is still under consideration.

[Sponsored] V….Vaughan at Rockport Center for the Arts...