Peanuts-Inspired Murals by Kenny Scharf and AVAF Land in Houston 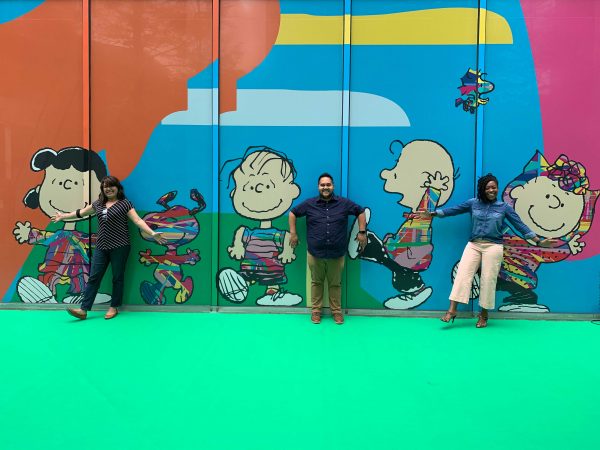 The Houston Arts Alliance and Brookfield Properties announced recently that two more works from the Peanuts Global Artist Collective have landed in Houston. One piece, a mural by the collaborative AVAF (Assume Vivid Astro Focus) can be seen at Fulbright Tower (1301 McKinney Street) in Downtown Houston. The other, which is by artist Kenny Scharf, can be seen on the side of THE ACRE at Allen Center (1200 Smith Street).

These two pieces are the most recent in a series of pop-up interventions happening across the city of Houston this summer and fall by the Peanuts Global Artist Collective, which consists of seven artists and collectives making works inspired by Charles M. Schulz’ Peanuts cartoon. 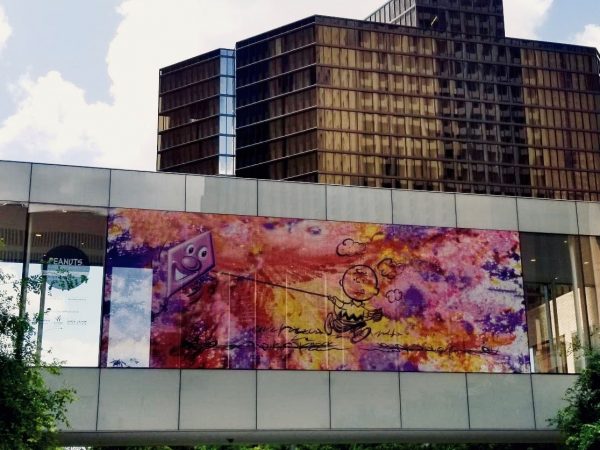 The Houston rollout of this project launched in April of this year, when Mr. Scharf debuted The Heavens and the Earth, a retired International Space Station training module that was wrapped in a cosmic Snoopy and Charlie Brown design.

Although there is still no rigid schedule for the Peanuts Global Artist Collective’s Houston-based projects, there are plans for pieces by FriendsWithYou and Nina Chanel Abney to debut in the city this summer.