by Colette Copeland May 27, 2019
FacebookTwitterEmail 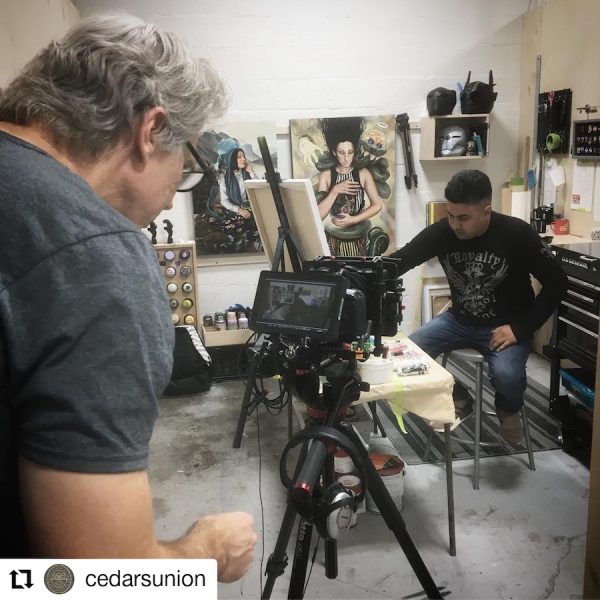 Richard Bailey at work at the Cedars Union. Image by Erica Felicella.

I stopped by the Cedars Union in Dallas recently while filmmaker Richard Bailey was shooting a promotional video and interviewing the current studio artists.

It was my first visit to the Cedars Union, a 7,000 square-foot ‘incubator’ for artists just south of downtown, and it impressed me. The functional design allows for individual autonomy with some degree of privacy, as well as plenty of common areas for interaction and camaraderie/collaboration, and professional meeting space. The list of available equipment and lab space would make many artists envious. The studios are open and spacious with good lighting. 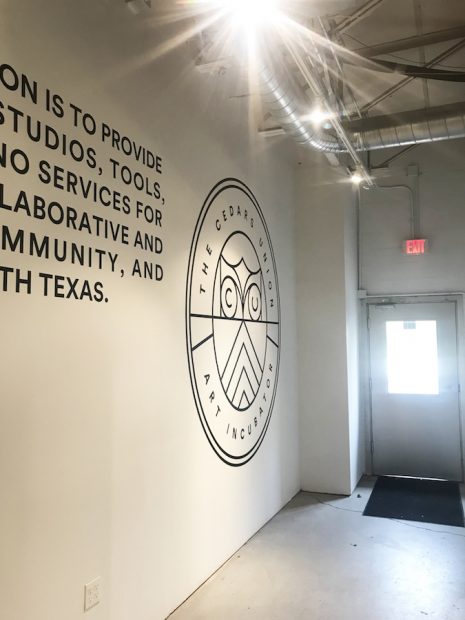 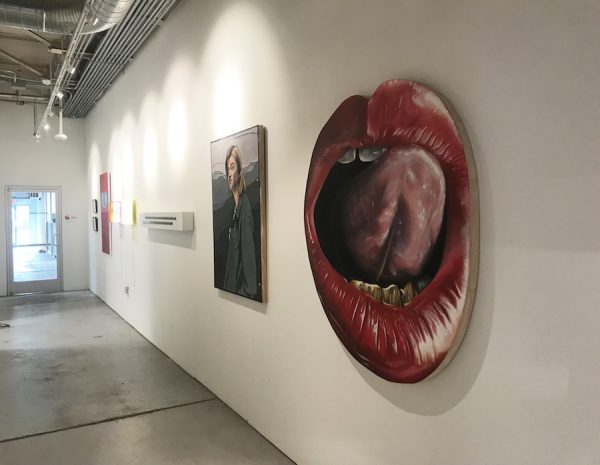 What distinguishes the CU (a non-profit) from other artist studio spaces in the city is the initiative’s commitment to provide holistic support in the form of equipment, technical demos in using the equipment and labs, and educational programming to assist artists in realizing their ideas. It also promises to connect them to other artists and curators in the area. And it’s affordable, especially given that the artists are not just paying studio rental fees, but paying for the extra administrative support, studio resources, and community infrastructure. 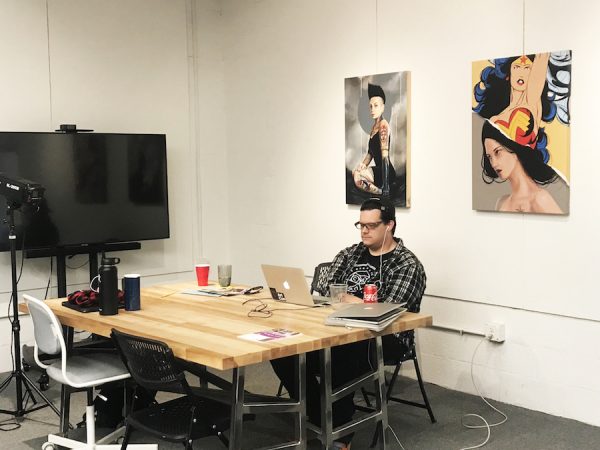 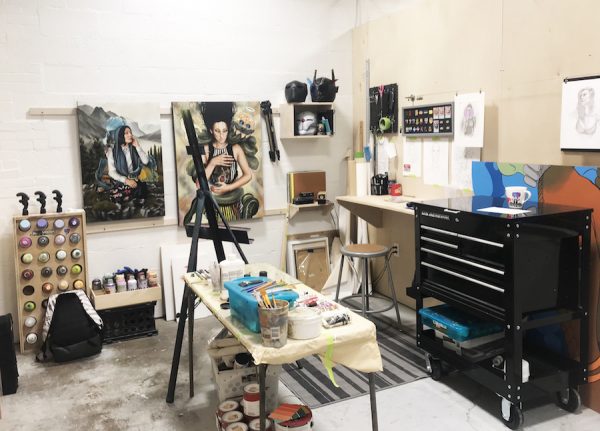 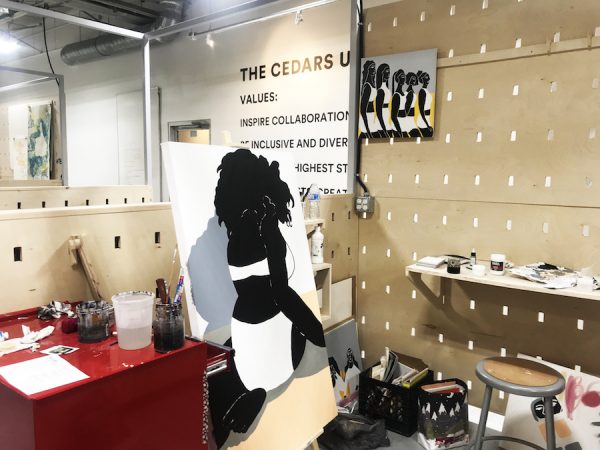 Purchased in 2014 by the Bowdon Family Foundation, the Annex building at 1219 South Ervay Street houses 15 artist studios, a woodshop, fabrication lab, letterpress and printmaking, photography lab, and tech lab with a vinyl cutter and 3-D printer. August 2018 marked the inauguration of the CU’s first resident artists. Artists apply through a juried online application process, and if selected may choose three, six or nine month leases with a maximum of eighteen months. Currently (as far as studios go) the space is running at capacity, but non-resident artists can sign up for a membership to CU to access its tools, programs, and workshops. 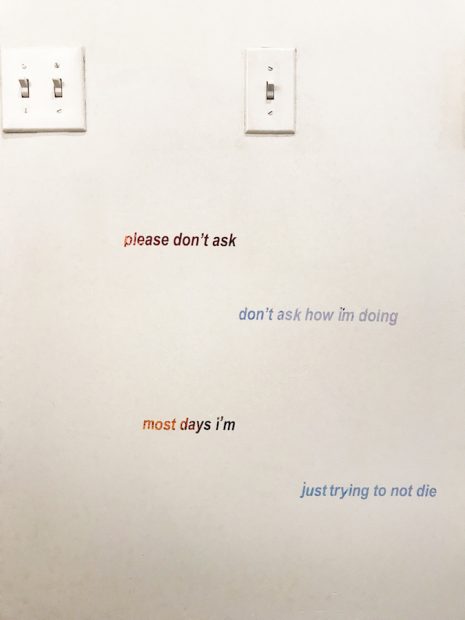 Detail of a work by by Kristina Smith 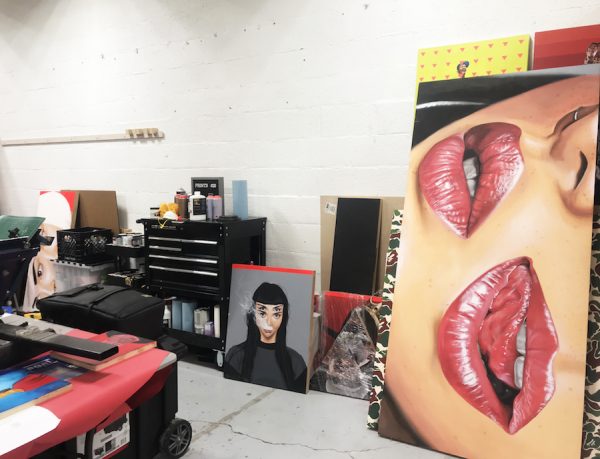 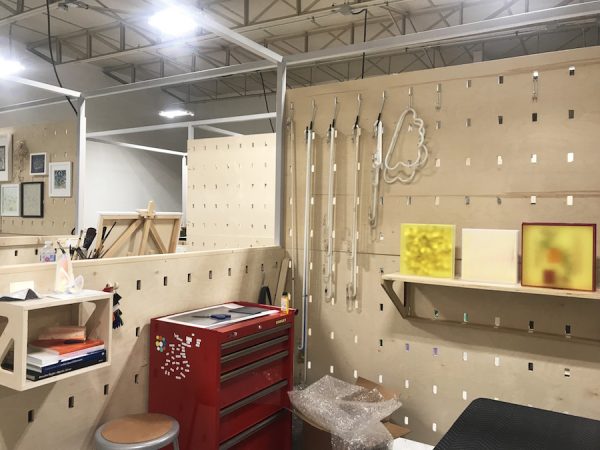 The artist incubator is not a new concept, but it’s rare to see it fully implemented as a community space that’s inclusive and dedicated to respecting and protecting artists’ rights. 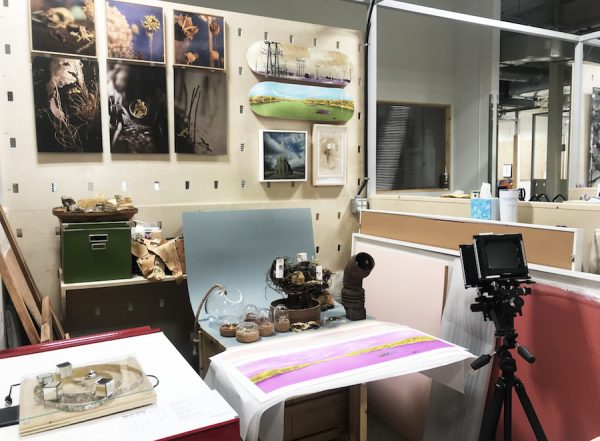 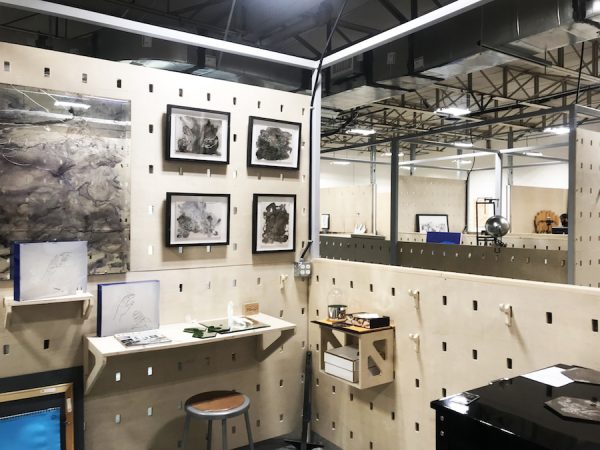 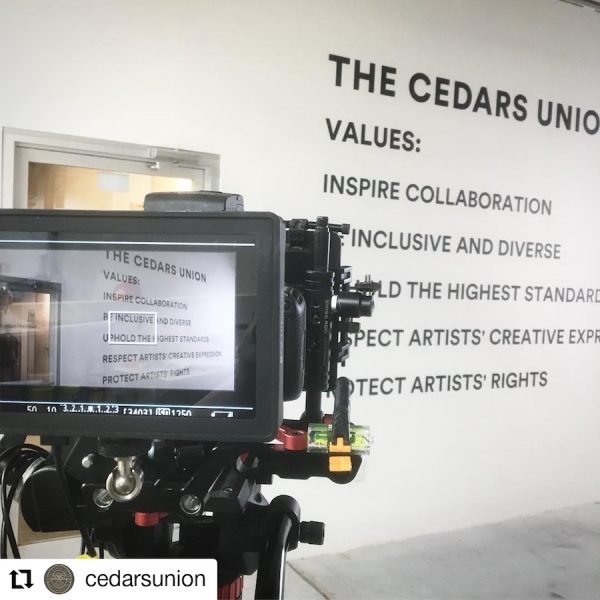 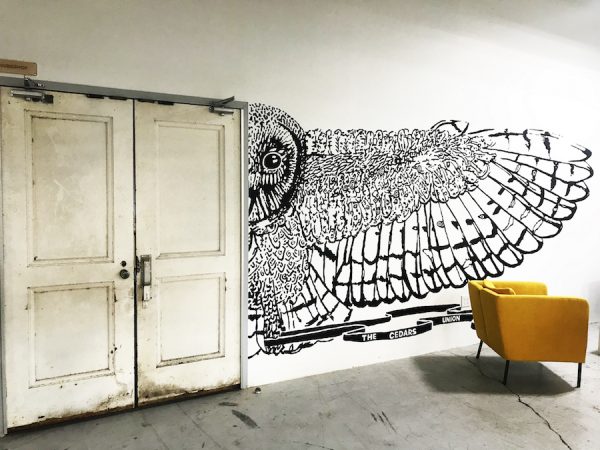 For more info, go here. All images: Colette Copeland, except where noted.