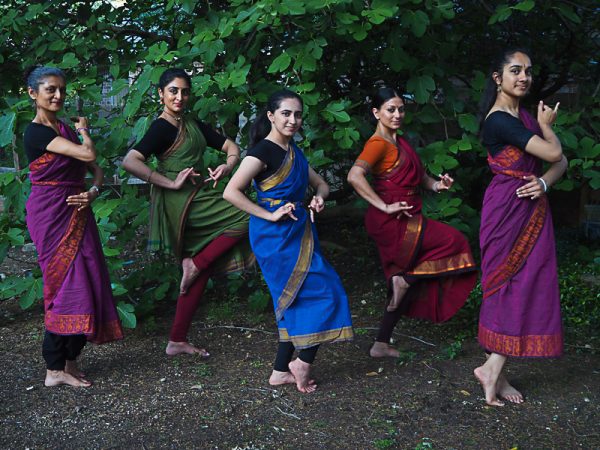 Tales of Bhoomi Devi (Mother Earth in Indian mythologies), Gaia (Earth Goddess in Greek mythologies), and Pachamama (Goddess of Fertility and Abundance in Peruvian mythologies) are presented through the lens of our current deforestation and pollution issues. Naimpally partnered with the local chapter of Citizens’ Climate Lobby (CCL) and also worked with Austin-based Rainforest Partnership to source original stories from Peruvian rainforest communities.

Both performances will be followed by a Q&A session with Sacred Earth Stories choreographer Naimpally, members of the cast, and representatives from CCL and Rainforest Partnership.

Performances take place on Saturday, June 29 at 7 p.m. and Sunday, June 30 at 2 p.m. Admission to Sacred Earth Stories is $20 for the general public; $15 for students and seniors. Tickets are available online at sacredearthstories.eventbrite.com.