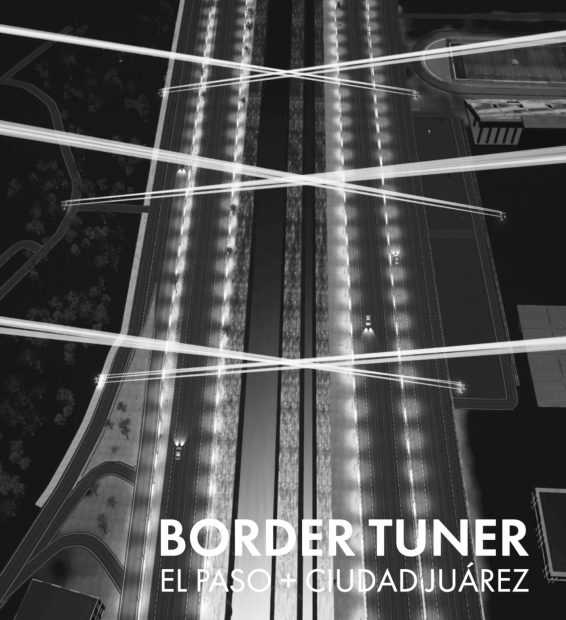 Rafael Lozano-Hemmer’s new public artwork, Border Tuner, will debut in El Paso and Juárez in November 2019. This project is an interactive light and sound installation, featuring three stations on either of side of the Texas-Mexico border— at the Parque Chamizal in Juárez, and the parking lots of Bowie High School in El Paso. The stations control 18 of the most powerful searchlight beams in the world, which will be visible in a 10-mile radius. When lights from either of the two sites are directed at each other, “powerful bridges of light and sound are created, activating microphones and speakers and allowing participants to communicate with one another in creating a cross-border connection and communication.” Each evening, Border Tuner will feature themed programming focused on the border community, including history, the environment, popular music, literature and commerce. The public may participate freely by using the tuning stations from either side of the border.

States Kerry Doyle, director of the Rubin Center for Visual Arts at the University of Texas at El Paso: “Those of us who live and work here in the El Paso-Juárez border know how interlinked our two communities are and know how important we are to one another’s culture and history. As the nation’s attention has turned to the border increasingly in 2019, it’s important that we share our story and reclaim our narrative as one border community. This project aims to highlight the many ways in which Juárez and El Paso are interconnected.”

Mexico-City-born Lozano-Hemmer has created large-scale, interactive works in cities around the world including Paris, Dubai, New York City, Philadelphia and Montreal. During the public launch of Border Tuner, the artist will also attend two screenings of his ongoing documentary about his public art projects, Megalodemocrat: The Public Art of Rafael Lozano-Hemmer. “On May 14, he will attend the screening at the Technology HUB in Juárez, Av. López Mateos 92. On May 15, the artist will attend a screening at Alamo Drafthouse Cinema Montecillo, 250 E. Montecillo Blvd, in El Paso.”