by William Sarradet May 13, 2019
FacebookTwitterEmail 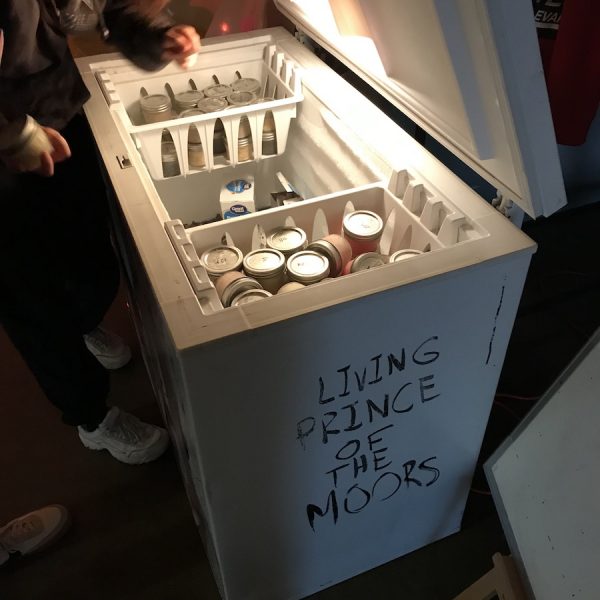 Dallas’s current most controversial MFA artist leaves Dallas with a bang. Last weekend, at Pariah in Dallas, he created a showcase for him and a few of his peers to say their piece .

Ebony Black & The Ice Cream Social, a group show that opened with an evening performance on Saturday, is the farewell gesture of Xxavier Carter, a 2019 MFA graduate of SMU’s Meadows School. It’s widely known that Carter had his thesis performance shushed by the department. Despite graduating, Carter’s fallout with SMU sounds like a case of irreconcilable differences. 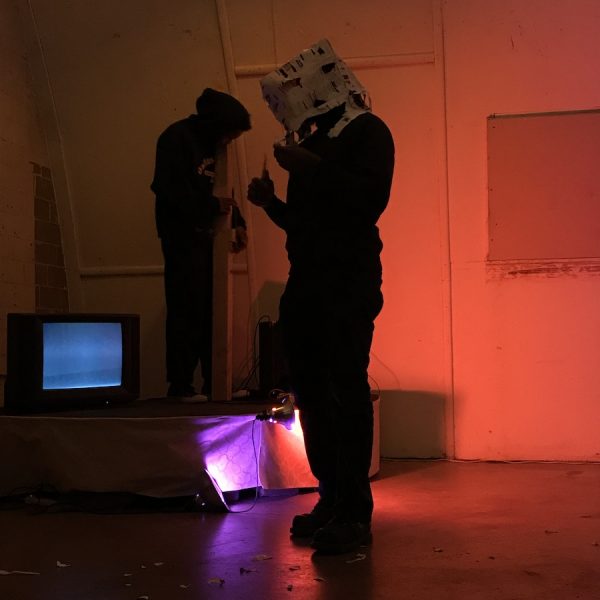 At Pariah, Carter had ice cream and sorbet for sale in freezer located in the performance room, adjacent to the front gallery. Carter’s performance, pivotal to the show but not central, was a slow spoken word parlay of lamentations and invocations to grow new senses for sight, while he slowly mutilated a paper bag covering his head. Casually, he said, “I thought I could see what’s goin’ on if I look close enough, maybe turn my head around, with the eyes in the back,” while he cut eye holes on each face of the paper sack. Oshay Green was a one-man backing band, improvising on his homemade single-string base, fashioned from what appears to be a 4×4 stud and a speaker output coiled with copper. “Doomy” is one way to put the ensemble. 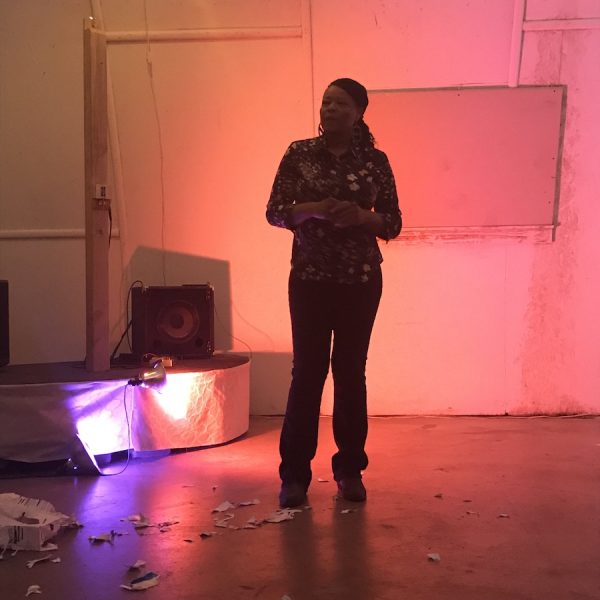 The next performance was poetry spoken by B Randall. She began reciting one piece, but started over when she forgot her line, distracted by a joke from the evening’s Master of Ceremonies. She settled on performing a different spoken piece instead. The levity of it was a quiet moment removed from the heaviness of the rest of the show, and a reminder that art can cleanse the palette as well challenge. 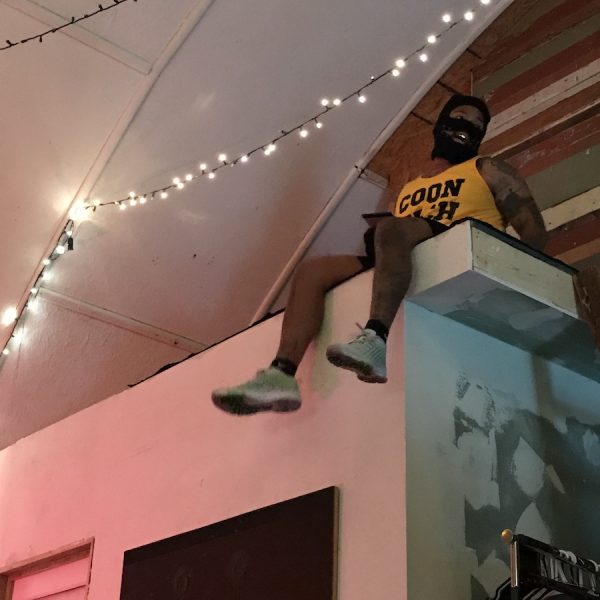 The Master of Ceremonies performed seated from his perch above the audience. Wearing a knitted ski mask, he wouldn’t say his name, preferring only to be identified as “The FOGA Homie,” which referenced his installation and promotional video for Felon Yoga in the front gallery. The MC engaged in a kind of meta-critical dialogue with the audience. At one point, he pulled out his phone and said he would “buy 10 ice creams for anyone here that will say the N-word,” meaning on-camera. The crowd froze, and a confusion settled over the room. This angered the MC, who cursed us viewers for insulting him by not responding to his offer. The intensity of this particular collective experience is hard to convey to someone who wasn’t there. 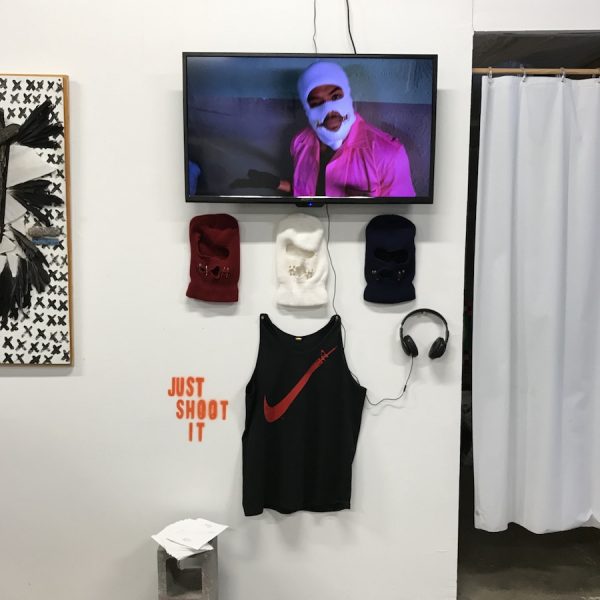 After the performers had played, spoken, and shouted, the audience dispersed. I asked Carter: How did you organize this show? Is this your final goodbye to Dallas?

He said it was a pleasure to exhibit in a small, underground space with other artists. And yes, he will be moving to Vietnam quite soon.

‘Ebony Black & the Ice Cream Social’ is on view through May 25 at Pariah, Dallas.

Art And The Public Sphere: An Interview With...

The only off day jazz musicians have, that work on a regular, is Sunday. One Sunday morning, Louis Armstrong got a call from his agent, Joe Glaser. He instructed him that later that afternoon he and his band were to board a plane to Chicago, to record a song for an upcoming album. After the band had finished recording the song, Armstrong was heard telling the sound engineer, ” You all flew me all the way out here for that!!” The song was “Hello Dolly”.

I feel ya Pops.