The 2019 Dallas Medianale: A Chat with Curator Charles Dee Mitchell

by Colette Copeland May 11, 2019
FacebookTwitterEmail 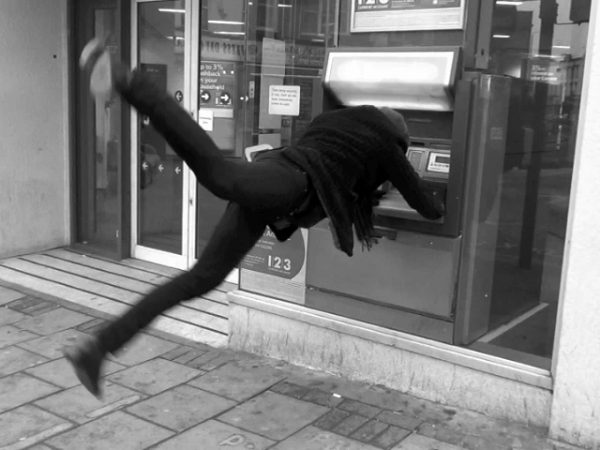 This month sees the opening of the 2019 Dallas Medianale, an annual showcase for moving-image art founded in 2011 and reimagined in 2017. The curated festival, organized by the Video Association of Dallas and hosted (primarily) by The MAC, celebrates “underground and experimental moving art from avant garde film, video installations, expanded cinema to computer art, intermedia performances and much more.” This year, the Medianale was curated by Dallas-based collector and patron Charles Dee Mitchell — a founder of the Medianale’s precursor (titled The Program), a regular Medianale organizer, and longtime follower of the type of work the Medianale honors.

The festival takes place May 18 through July 14, with an opening reception on Saturday, May 18 from 6-9 PM.

Colette Copeland: In previous years, filmmaker and educator Mike Morris and Dallas VideoFest’s Bart Weiss have curated the Medianale program from an open call of experimental video work. How did you approach curating this year’s program?

Charles Dee Mitchell: The open calls for Medianale have related to work for seated screenings, and not for the installed exhibitions. In the four Medianales I have worked on, the co-curators and myself have assembled artists and projects that will resonate with one another and work in the ever-changing spaces this nomadic project has occupied. An ongoing goal of the project has been to introduce the local audience to work that they are not likely to see in other venues. 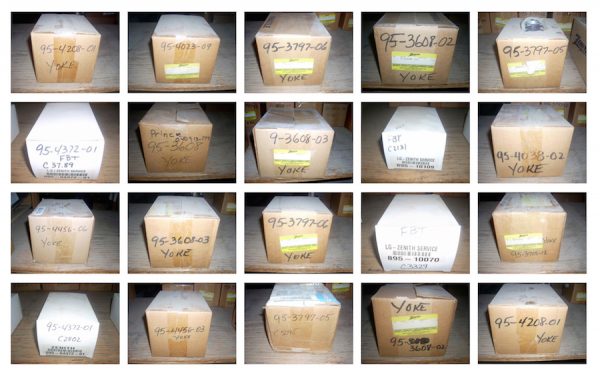 CC: What is your vision for this year’s Medianale and how does it reflect trends in current time-based media work?

CDM: The Medianales have always included historical and contemporary work, so I don’t know that you could say they aimed to examine current trends in media art. All the work this time around is from the past few years, but much of it reflects on earlier media, either in its style or subject matter. And due to the size and layout of the gallery, there are photographic and sculptural projects along with the video work. 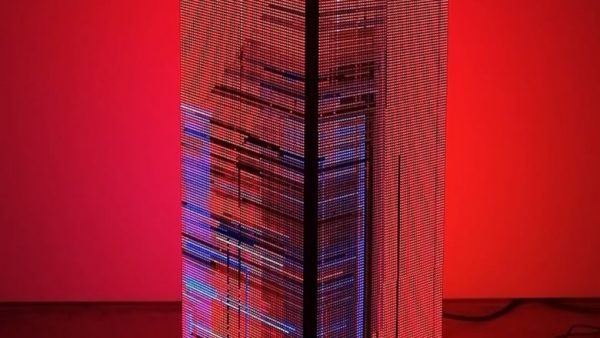 Luke Murphy, Monument to the Glitch 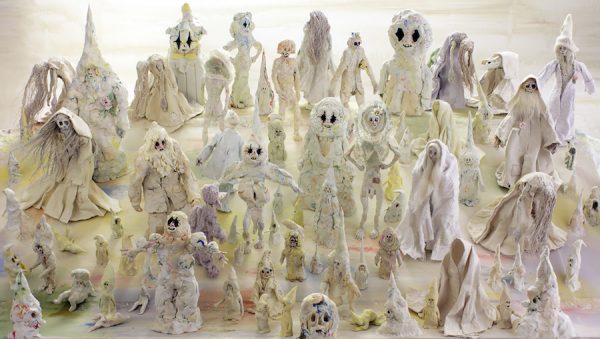 CC: How did you select the participating artists?

CDM: I assemble group exhibitions based on a commitment to certain artist’s work, the discovery of works that will resonate with one another, and a sense of showmanship.

I knew I wanted to bring Samson Kambalu’s films to Dallas. He’s a Malawian artist now based in London. His short films — I think the longest one we have is 45 seconds — look as though they could have been produced at the Edison studios over a century ago. His combination of new and old led me to Penelope Umbrico, a photographer interested in outdated and expired media. The boxes of Zenith TV replacement parts she found on Ebay have been laid out and photographed as though they were artifacts found in an Egyptian tomb. A treasure trove for someone looking for Zenith TV replacement parts.

Barry Stone’s photographs capture moments from many beachside summers with his family. Few topics could be more traditional, but by glitching the files that store these moments, he creates images that remain true to their source but become as fragile and unstable as memory itself. Luke Murphy renders Minimalist structures and abstract paintings in dazzling LED light panels. I believe all group shows need some dazzle. Finally, I knew that Allison Schulnik, who is known as a painter, had made remarkable claymation films that are more David Lynch than George Pal. We are showing two of them, and the music she commissions for her work provides a lush soundtrack for this otherwise silent exhibition. 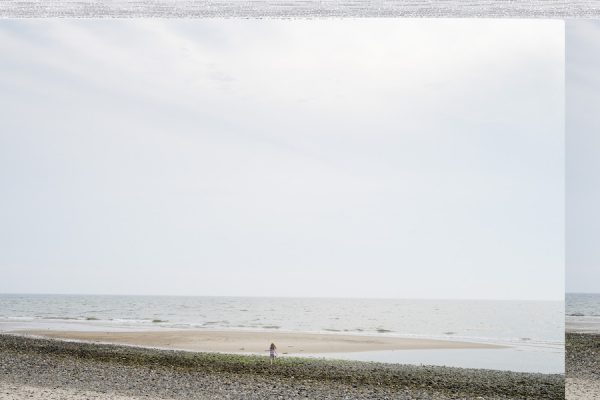 CC:  I’ve watched Samson Kambalu’s Ted Talk titled Contemporary Art and the Gift Economy twice, and have been thinking about the ideas he presents about the importance of gift giving and play — not only in his work, but as it applies to social economies.

I’m envisioning how art might be viewed as a gift, not as something to be given away for free (as in: I’m giving you my painting to hang on your wall) — but an experiential gift, one that involves community, play and the de-emphasis of the commodified object. The Dadaists and Fluxists approached art in this manner. Kambalu’s work embraces this theory, as do Shulnik’s claymation films and Umbrico’s collections and repurposing of antiquated/non-precious media.

At the end of his Ted Talk, Kambalu says that the work of the artist is to remind people what it means to give. How might this philosophy shift our paradigmatic thinking about the value of artists and the arts? 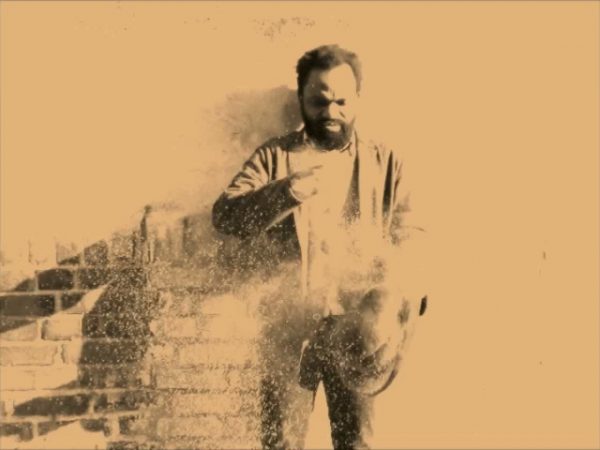 CDM: On my first visit to Ex Ovo [in Dallas], I saw that the three artists in the exhibition had left small stacks of books that in some way had contributed to their development. One was Lewis Hyde’s The Gift, and Ex Ovo gallery founder Alison Klion mentioned that it was the title that most people reacted to and remembered fondly as a significant influence on their thinking. The used paperback copy was a 25th anniversary edition. I read it as a new book 35 years ago, and although I don’t remember it well, I remember the excitement I felt when I first encountered it. Kambalu’s Ted Talk, although he doesn’t mention Lewis Hyde, brings that sense of discovery and excitement back.

The continued popularity of The Gift implies that artists are thinking, like Kambula, that their work is a gift, an invitation to play and experience the exhilaration of gift giving. That doesn’t conflict with the fact that all the work is also for sale. Gift giving is an exchange, and possibly 1% of those who see the work are in a position to give back by making a purchase, take the work home, and display it — at which point it again becomes a freely given gift. From that other 99% all that is asked for is attention and appreciation.

The few times I’ve curated exhibitions, I definitely think of them as gifts — freely given with no further expectation than that those who spend fifteen minutes to half an hour with the show will feel that their time has been well spent.

I’m sooo excited to see these artist work !!! A breathtaking concept and to view art in a way.
Not being trendy but style which will last !!!