by Brandon Zech May 10, 2019
FacebookTwitterEmail 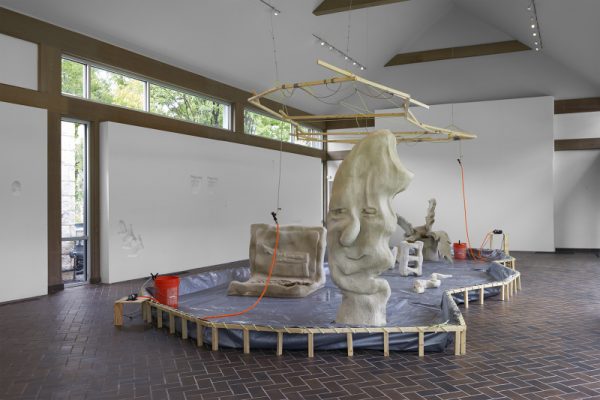 The UMLAUF Sculpture Garden + Museum, an art space in Austin named after longtime Austin artist and UT professor Charles Umlauf (1911-1994), has announced that it is switching up the concept behind its annual UMLAUF Prize. Since its inception, the award has been open only to University of Texas at Austin graduate students, with the winner — selected by a guest juror — receiving an indoor and outdoor show at the institution.

Now UMLAUF has decided to open up the prize to include “any emerging artist working in the greater Austin-Round Rock metropolitan area including Travis, Williamson, Hays, Bastrop and Caldwell counties.” Also, instead of a single juror, the winner will be chosen by a panel of artists and arts professionals, including Austin artist Deborah Roberts; Shea Little, the founder of Austin non-profit Big Medium; and UMLAUF’s Executive Director, Sarah Story and Curator, Katie Robinson Edwards.

Ms. Story commented on why the organization felt a need to open up the prize:

“Since arriving in Austin last year, I’ve heard from many local artists and performing arts groups about the `venue crisis,’ the lack of affordable performance and exhibition spaces. The UMLAUF is trying to address that need with programs like UMLAUF After Dark and Live at the UMLAUF. It seemed like the right time to expand the UMLAUF Prize to allow more opportunities for emerging artists. Since 2005, a lot of the previous UMLAUF Prizewinners have created compelling, thought-provoking shows here, and then continued to have significant exhibitions and careers. We look forward to continuing in that vein and supporting these early career artists.”

Applications for the UMLAUF Prize are due on May 20, 2019. The winner’s exhibition will be on view from November 2019 through January 2020.