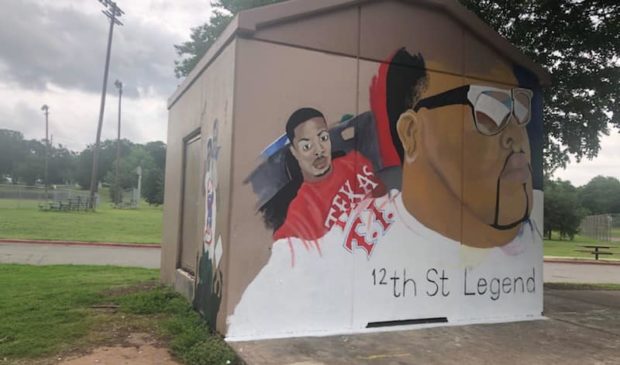 Andre “Big Dre” Davis Jr, a beloved resident of East Austin, was murdered in Austin’s Givens Park on April 9. In response, artist Michael Malik Williams painted a mural honoring Davis on the side of a restroom in the park. In the following days, Williams then added several more faces of victims of violence. Initially, the city planned to remove the mural, treating it as rote graffiti under local laws. This is an all-too-common response by cities to organic murals that honor victims of crime and police brutality.

Fortunately, the city’s plan to remove the mural is on hold after protests and resistance from the community. In a released statement, an Austin parks department spokesperson said: “PARD recognizes that this mural is an ad hoc memorial to a community member and further community discussion regarding the piece is warranted. PARD would like to work through an engagement process with that in mind.”

A petition is now circulating to save the mural, and on Wednesday at 6 PM, there will be a public meeting of support at the park. Fatima Mann, director of the Community Advocacy and Healing Project, which is a co-organizer of Wednesday’s gathering, stated:

“…what does ‘a while’ mean as far as how long the mural will stay, what are the next steps so that this doesn’t happen when someone is being honored and memorialized? We should be able to memorialize ourselves and it may not go with how the system says it should, but that does not mean we’re not willing to abide by the system. It’s important to get information about how things do work.”