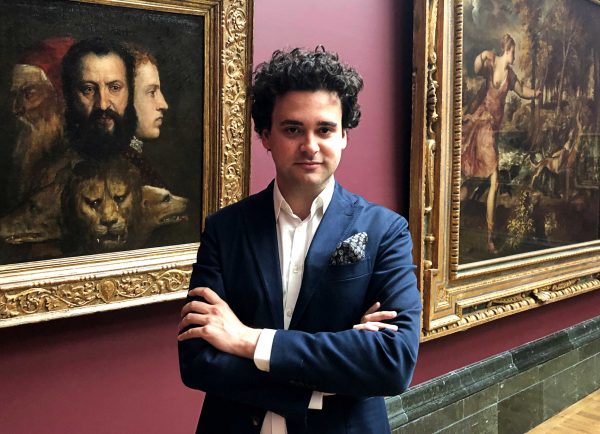 The Dallas Museum of Art (DMA) announced today that it has filled yet another curatorial position at the museum by hiring Julien Domercq as the new Lillian and James H. Clark Assistant Curator of European Art. Mr. Domercq comes to the museum following a two-year stint as a curatorial fellow at the National Gallery in London. During his time there, he contributed writing to numerous catalogs and to Apollo, and helped curate and organize exhibitions featuring works by Edgar Degas, Anthony van Dyck, and others.

Mr. Domercq will begin his role at the DMA by focusing on the museum’s presentation of its collection of Old Master works. In addition to thinking of ways to re-install the works, he will focus on how the museum can round out its collection from this period. As for exhibitions, Mr. Domercq is working on presentations of paintings by Caravaggio and Frans Hals.

Although Mr. Domercq’s initial focus at the museum will be Old Master European art, his dissertation, which he is working on currently at King’s College, Cambridge, addresses another topic: “…shifts in European depictions of indigenous people in the Pacific Islands at the end of the 18th century.”

Of his new position in Dallas, Mr. Domercq commented:

“From my very first visit to Dallas, I was impressed by the central role the Museum plays for its community. Today, I am thrilled to be joining this great civic institution, with encyclopedic collections that reflect the vibrant multicultural city it serves. I am looking forward to immersing myself in the Dallas community and to devising ambitious Old Master exhibitions in partnership with other institutions internationally, collaborating on innovative programming and research with my new colleagues, and caring for, interpreting, and growing the DMA’s European Old Master collection, making it ever more accessible to the people of Dallas, and beyond.”

The DMA’s appointment of Mr. Domercq is the most recent in a series of curatorial changes at the museum: in 2018 the institution hired Dr. Heather Ecker as its new curator of Islamic and Medieval Art; Sarah Schleuning as its Curator of Decorative Arts and Design; and Michelle Rich as its Assistant Curator of the Arts of the Americas. In March, the DMA announced that Dr. Anna Katherine Brodbeck had been named the Hoffman Family Senior Curator of Contemporary Art. Earlier this year, the DMA named Dr. Nicole R. Myers as Senior Curator of European Art, and announced a new position, the Jorge Baldor Curator of Latin American Art.