An American Procession and Some Divine Ammunition in Dallas 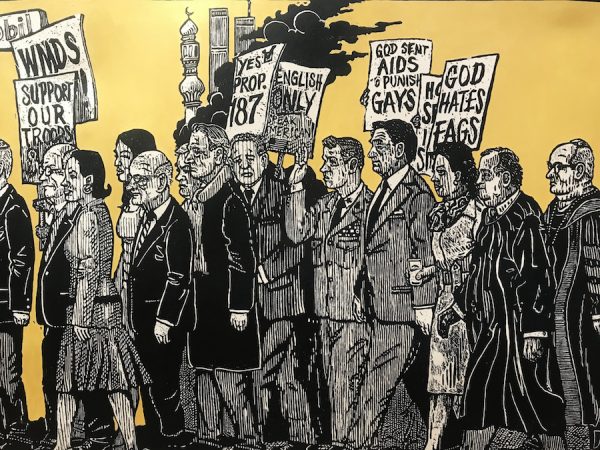 I see a lot of art that doesn’t inspire or excite me. As an artist and art educator, it’s not reassuring. But once in a while, I see something that blows me away and reminds me that art viewing can inspire, and that’s the case with the the two shows up at The MAC in Dallas right now. One is a two-person show by the Southern California-based artists Sandow Birk & Elyse Pignolet titled American Procession, and the other is San Francisco-based Al Farrow’s Divine Ammunition.

Technical skill or craftsmanship is not the first thing I notice (or care) about a work, unless it’s severely lacking. I usually hone in on the concept. But Birk/Pignolet’s and Farrow’s work is masterfully and intricately constructed in a “Holy sh*% — how in the world did they do that?” kind of way. I spent a lot of time closely examining the minute details of these works and wondering about the making of.

The exhibitions complement one another in addressing racism, religion, violence, hegemony, heroism, and gun culture. Rather than a polemical approach to these themes, both shows spur a dialogue about legacy and misuse of power. 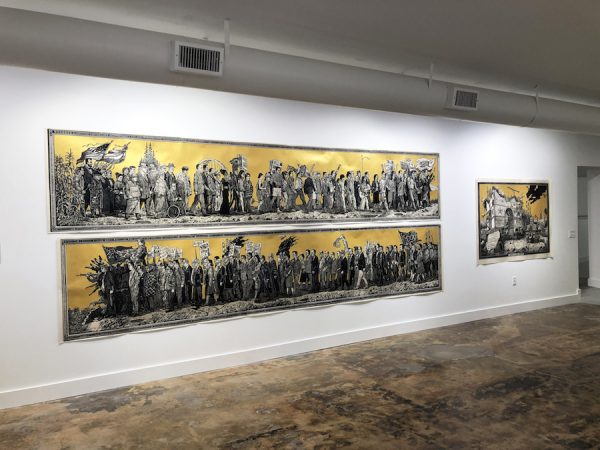 Birk & Pignolet’s American Procession comprises three enormous woodblock, gold-leafed prints, presented as panels — two measure 17 feet long, a third is a 6-foot panel — and woodblock plates. (How did they get the plates in perfect registration?) Inspired by the Fürstenzug (Procession of Princes), a large 1870s mural in Dresden featuring the rulers of Saxony, American Procession depicts an imaginary procession of historical and contemporary U.S. figures who have made significant contributions, both positive and negative, to this country’s history. 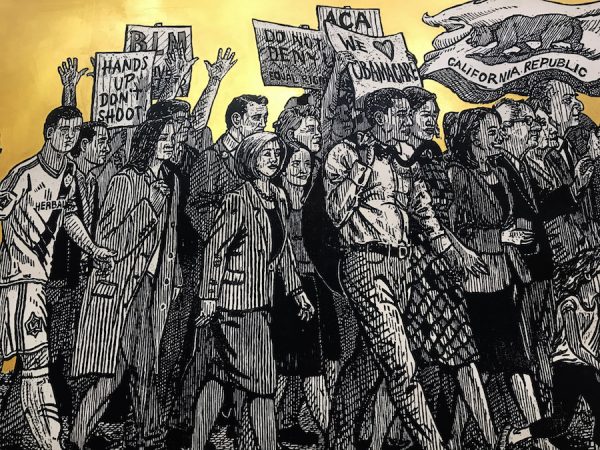 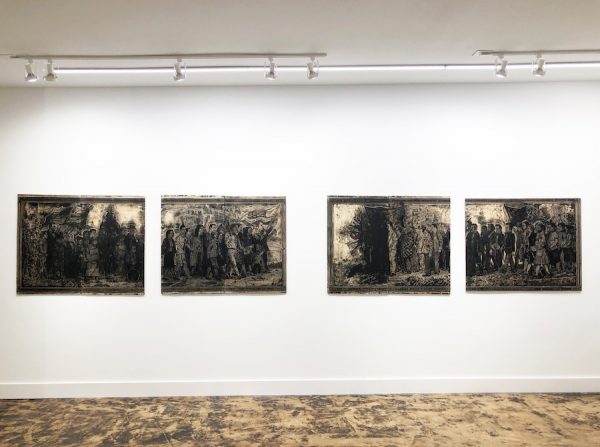 It’s a parade of the rich and the racist, the activists and the downtrodden — all marching toward their demise. The central panel depicts an apocalyptic scene of destruction with a building in ruins, spewing black smoke that pollutes the skies, and the accompanying debris of a violent, consumerist culture gone extinct. It’s a dire and prophetic vision packed with subversive humor. The work questions our notions of heroism as the lines between vanquisher and vindication blur. 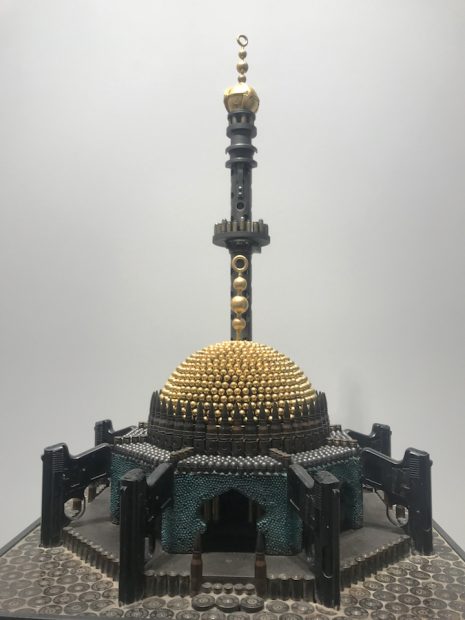 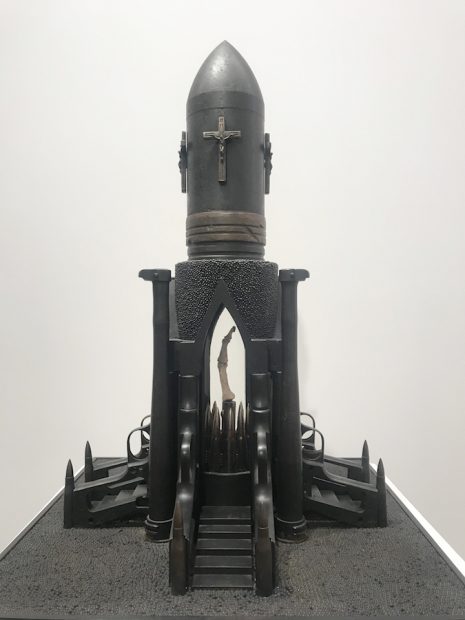 Al Farrow’s exhibition Divine Ammunition features a series of ornately detailed sculptures of churches, synagogues and mosques made from munitions, including bullets, shell casings, guns, cluster bombs and hand grenades. The most haunting work, Trigger Finger of Santo Guerro VI, includes human finger bones atop a pedestal of bullets pointing up to a cross-covered bomb — a reliquary of war. The tour de force of the show is his most recent work, The White House. Throughout, Farrow’s work takes on the corruption of values through malfeasance and abuse of power. His use of materials is particularly salient as school shootings and the never-ending, never-resolved debate over gun control continues. 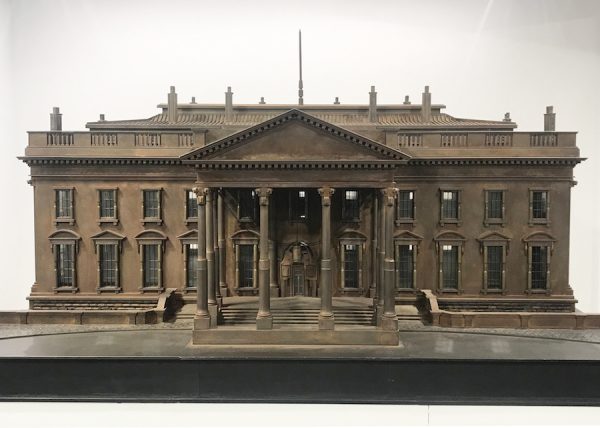